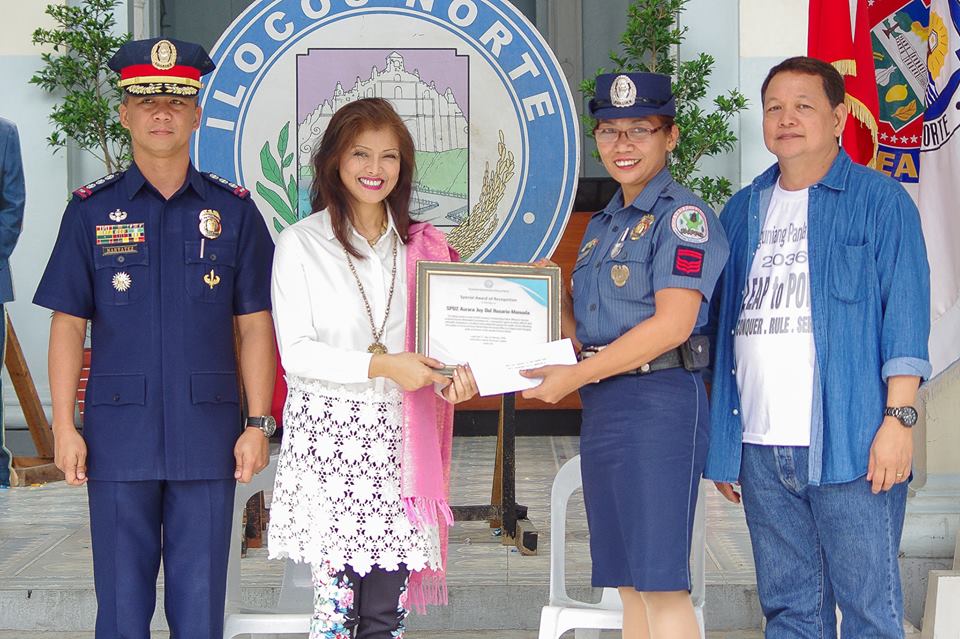 LAOAG CITY – The Provincial Peace and Order Council (PPOC) and the Provincial Anti- Drug Abuse Council (PADAC) declared the towns of Marcos and Carasi as “drug-free” and 84.75% of 513 drug-affected barangays in Ilocos Norte were endorsed as “drug-cleared” in their year-end report and joint meeting last December 22, 2017, at the Sangguniang Panlalawigan Session Hall.

Other agenda of the meeting included reports on peace and order, the insurgency situation update, the transition into federal government, and purpose of the PPOC.

A total of Php 2.1-M worth of drugs was also confiscated in the province during the conduct of “Operation Double Barrel Reloaded” from July 2016 to September 2017, while 6,277 illegal drug users and pushers surrendered during the Oplan Tokhang.

The most notable accomplishment of the PNP and PDEA operatives was the arrest of a high-value target through a buy-bust operation last September in the town of Pasuquin.

Out of the over six thousand who surrendered, 5,830 were assessed for enrolment into the community-based rehabilitation program.

Volume of index crime decreased by 33.50% from January to September 2017: there were decreased rape, homicide, and physical injury cases, while murder increased by only one case. There was also a remarkable decrease in robbery, theft, and cattle rustling.

Two of the most wanted and six wanted persons in the province were also arrested, with most guilty for murder.

Nineteen persons were arrested for illegal logging. The Provincial Deputy for Operations’ report states that an estimated value of over Php880, 000 of logs were recovered. The campaigns against Illegal fishing, cattle rustling, carnapping, and illegal quarry also noted significant accomplishments.

Early during the meeting, Governor Marcos stated that the peace talks between the New People’s Army (NPA) and the government were unsuccessful. Hence, Ilocos Norte’s military troops should expect continuous encounters in the province’s territory. However, as of the third quarter of 2017, no enemy activity was detected according to the Armed Forces of the Philippines (AFP).

The AFP continues to conduct information drives and leadership summit as a way to educate the youth against insurgency.

Peace and Order and Public Safety (POPS) objectives for 2018 are to eliminate the supply of illegal drugs, enhance drug awareness and education, prevent robbery and theft incidents, prevent shooting incidents in the province, prevent crimes against women and children, increase awareness on gender-related, improve traffic schemes, reduces disaster casualties, and strengthen crisis management, among others.