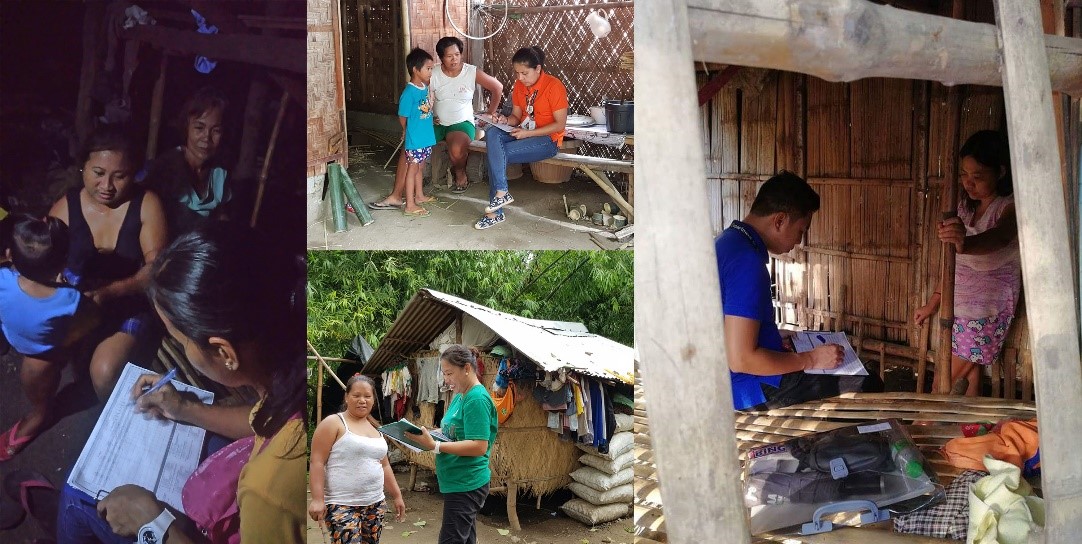 DSWD Field Office 1 employees exerts additional effort in locating and validating the targeted poor households of UCT who transferred within the City/Municipalities of Region 1. (photo by DSWD FO 1)
by TNM/DSWD FO 1Posted on August 31, 2018August 31, 2018

SAN FERNANDO CITY, La Union – A press release from the Department of Social Welfare and Development Field Office 1 (DSWD FO 1) today, August 30, says that the Listahanan is preparing for the upcoming notification activity of the Unconditional Cash Transfer (UCT) Program. A total of 48,999 households in Region 1 will be notified through home visits starting next month as beneficiaries of the UCT Program.

The Listahanan or the National Household Targeting System (NHTS) for Poverty Reduction is an information management system maintained by the DSWD that identifies who and where the poor are in the country. The system makes available to national government agencies and other social protection stakeholders a database of poor families as reference in identifying potential beneficiaries of social protection programs.

In an interview, DSWD FO 1 Regional Director Marcelo Nicomedes J. Castillo said that all the funds for UCT grants are lodged with the Land Bank of the Philippines. Prior to the implementation of the UCT payout, DSWD FO 1 officials had a meeting with the Land Bank Managers regarding the different payment methods available and suitable for all the UCT beneficiaries. (TNM/DSWD FO 1)