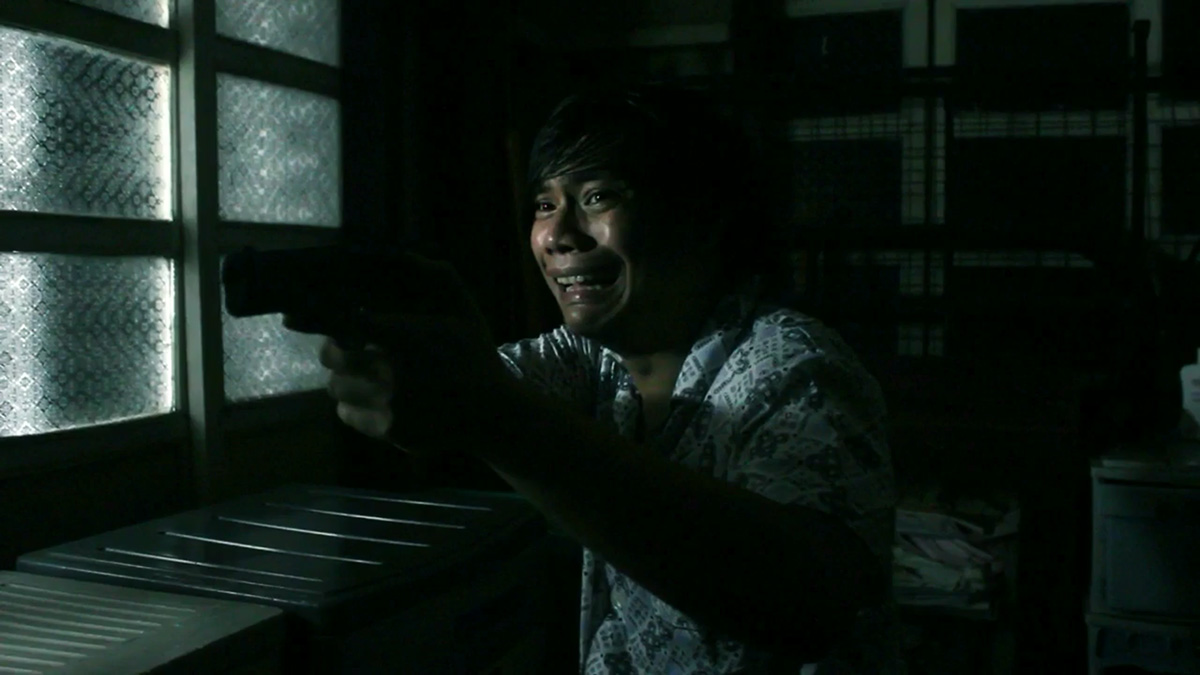 Their film titled “Areglo” tackled social issues in addition to the horror element, such as the controversial “tanim-droga,” poverty, and bullying.

“Na-inspire ako sa thought na, ‘Words and actions can make or destroy you.’ We are responsible for one another,” said Mark Moneda, who did the screenplay and editing.

Flashback scenes in the film show the main character, Lester, being verbally abused by his own family. These had built up and led to the violent aftermath, setting the stage for the film.

The film earned him the Best Cinematography and Best Sound Effects awards, while Luigi Ariz Vanz Arizabal (Lester) was recognized as Best Actor.

Their group had first joined the Lilia Cuntapay film fest in 2015. They only competed again in 2017, bagging first place with “Sinapupunan,” which featured elements of abortion and suicide.

Moneda encourages fellow filmmakers to be even more open-minded and confident in the stories they want to tell:

While Moneda, Arizabal, and others behind “Areglo” have been enjoying performance arts and filming since they were classmates in high school, they only formed Actors Q when they joined the 2015 film fest. (Mizpah Grace Castro, PGIN-CMO)