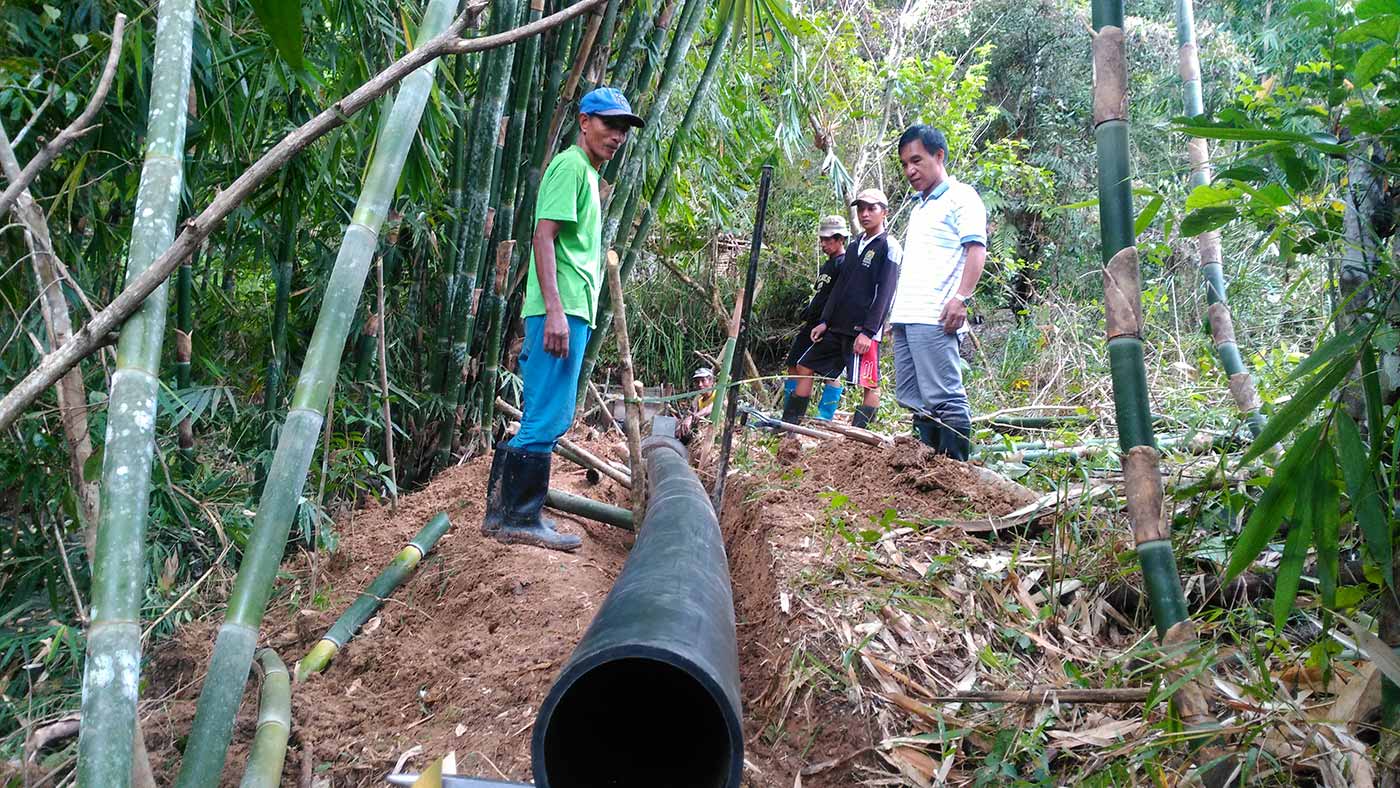 BAGUIO CITY — The Center for Development Programs in the Cordillera (CDPC) urged the government to channel sufficient funds and efforts to rehabilitate and improve the “age-old and traditional” communal irrigation systems in the region. It also called authorities to develop and implement “water resource and irrigation policy and program guided by the principles of equity and social justice.”

“We support the demand of Cordillera rice terraces farmers for the enhancement of their age-old traditional communal irrigation systems and the protection of their rights over their water resources,” said CDPC executive director Rhoda Dalang
in a statement.

She underscored that the practices of the indigenous peoples in the region can “provide insight on the viability of traditional knowledge in ensuring equity in access to resources, food security, particularly rice sufficiency and regulated use and management of water resources.”

According to her, the communal irrigations in the Cordilleras, which are “governed by values of collective labor and cooperation and the intrinsic relation of indigenous peoples to the land”, are among the “bedrock of communal life” among its people.

To date, the potential irrigable area in the Cordillera Administrative Region (CAR) based on NIA-CAR records is 185, 406 hectares. The current irrigation facilities are supposed to service 108,848 hectares of the irrigable lands. However, the actual operation only covers 77, 215 hectares or 71 percent of the projected service area. Of the operational areas, national systems only service 10,172 hectares while communal systems cover 39,693 hectares.

Dalang, a native of Besao town in Mountain Province, explained that beneficiaries of the irrigations act as “co-owners and co-stewards” that collectively utilize, manage and develop the system. This relationship among the users, she said, contributes to the “sustenance of collective identity” for a whole tribe or village.

The office also expressed support for the termination of the onerous loan contract for the Chico River Pump Irrigation Project (CRPIP). It likewise condemned the National Irrigation Administration (NIA) Region II for violating the free, prior and informed consent process in the implementation of the project.

Dalang said that these issues undermine the “principle of equity and social justice in water resource use and development.”

“Equity means providing irrigation, not at the expense of the Filipino people paying an onerous loan. Equity means addressing irrigation needs of both upland and lowland farmers—in the case of the CRPIP, the farmers of Kalinga and Cagayan (Tuao and Piat municipalities), respectively,” said Dalang.

She called on the government to uphold indigenous peoples’ rights to their ancestral lands at all times. In providing and developing irrigation services and facilities, Dalang reminded the authorities not to neglect state responsibility to upland and marginal farmers.

“While the major river systems of the Cordillera are being ‘developed’ purportedly for energy and irrigation as in the case of the CRPIP, little attention, if at all, is being paid in the rehabilitation and development of the age-old communal irrigation systems,” she said.

CDPC noted that irrigation systems in the country are “inadequate and inefficient” preventing the achievement of food security in the Philippines, particularly rice sufficiency. The institution attributed this problem to the insufficient government policy and program for irrigation and the rice industry.

As of 2018, irrigation facilities in the country only cover 61 percent or 1.92 million hectares of the estimated 3.13 million hectares irrigable land. National irrigation systems managed and maintained by NIA water 46 percent of the service areas. The remaining 54 percent are covered by communal irrigations ran by village or municipal irrigators associations, private irrigation systems and other government-assisted systems maintained by the community or
local governments.

CPDC is a consortium of non-government organizations in the Cordillera that started in 1986 working for the attainment of socio-economic self-reliance for the people of the region. Among its sustained programs in its service-communities is the improvement of communal irrigation systems. The institution introduced the utilization of high-density polyethylene pressure pipes in the construction of new systems and rehabilitation of old ones. This saves water from seepage in the case of earthen irrigation canals and will not induce soil erosion. ●