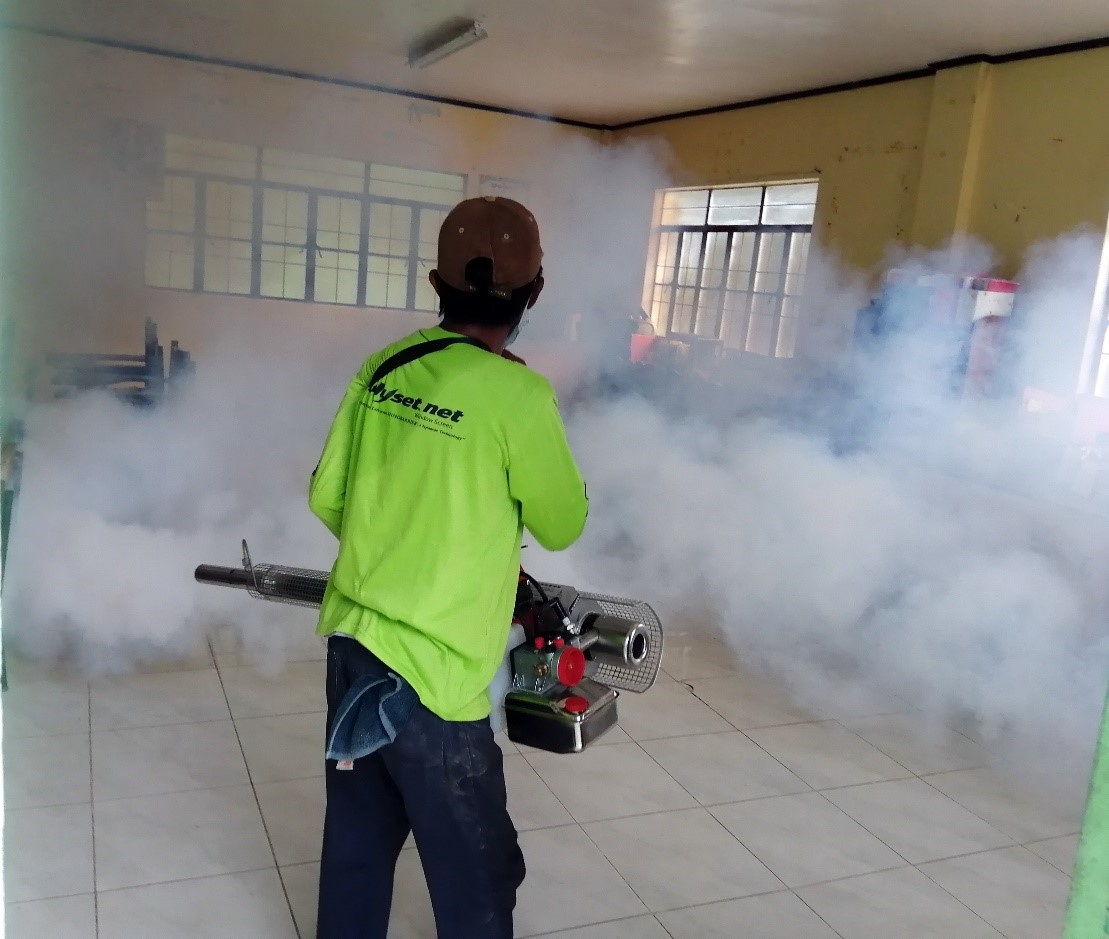 ANTI-DENGUE CAMPAIGN. The San Juan National High School, led by Federated PTA President Roderick Vintero, recently conducted anti-mosquito spraying and fogging operations in the classrooms, comfort rooms and other areas where mosquitoes were suspected to breed. According to Vintero, the activity was a respone to the “very alarming dengue situations in the country.” The Department of Health recently reported an 85% increase in dengue cases nationwide from January 1 to June 29 this year compared to the number of cases reported from the same period in 2018. According to DOH, the Ilocos Region has exceeded the alert threshold, or the number of cases that sounds an early warning for a potential epidemic. (photo by Edward B. Antonio)