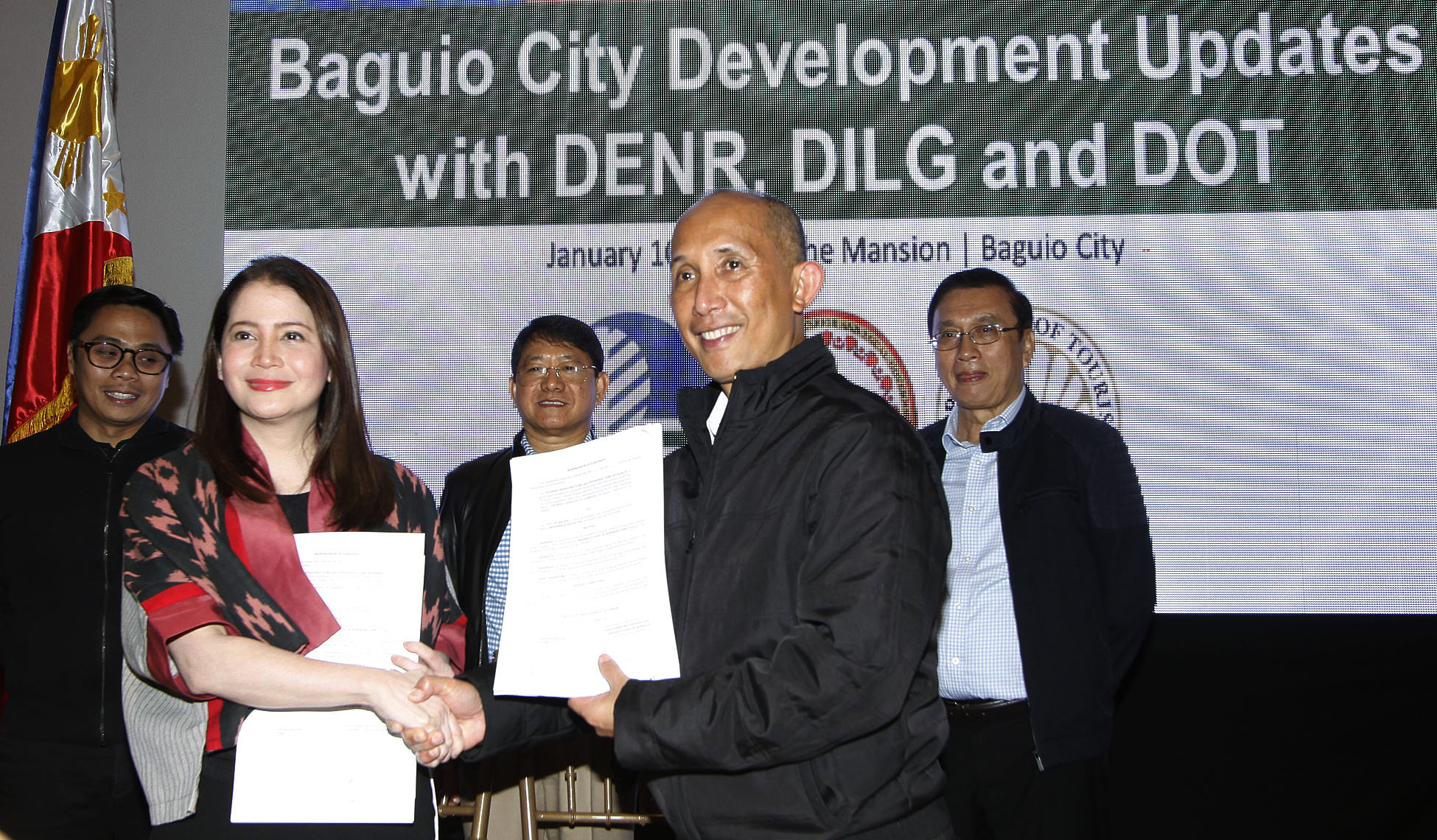 Department of Tourism (DOT) chief Bernadette Puyat said this at the multi-stakeholders’ meeting kicking off Baguio City’s planned rehabilitation at The Mansion on Jan. 10. Puyat said the rehabilitation efforts in Baguio City are just the start of more initiatives to rejuvenate the city and stop further deterioration.

Interior secretary Eduardo Año clarified that Baguio’s rehabilitation will not be like Boracay’s closure from tourists because the situation in Baguio is different, with the present city administration showing visible efforts in the re-development of the city.

Año directed an urgent call to Baguio’s local officials to brave all in the name of implementing laws towards the city’s rehabilitation. “We do not want Baguio to be called the highest Smokey Mountain,” he said, referring to the huge mountain heaps of garbage in Metro Manila. He assured Baguio residents they will benefit in the end, though acknowledging some sectors will be affected.

Rep. Marquez Go warned that the city’s re-development should not be done directly by the national government but by the city “supported by the national government.” Development should not be biased to tourists but both for tourists and locals alike, he reiterated. Baguio’s progress, the lawmaker stressed, should be geared towards improving the quality of life. He said he wants to see a balance of sustainable development and the environment. A strategic rather than tactical solution must be in place, Go further added, to set Baguio’s strategic outlook for the next 5-10-15-20 years.

Baguio City Mayor Benjamin Magalong said they are looking into possible ways to rehabilitate the city with the national government’s backing. He disclosed that a strategic plan is being ironed out to map Baguio’s future for the next 15 years, while making sure that such efforts will respect human rights and
people’s interest.

Magalong admitted that his plans for Baguio might outlive him as the city’s executive, but specific to Burnham Park, the main park in the city, the upkeep is doable during his term. DOT has committed P480 million funding for the upkeep of Burnham Park.

Aside from Burnham Park’s upgrade, the city’s Sewerage Treatment Plant (STP) is one among those along the urgent timelines that Mayor Magalong said will be done soon in the city.

The city is also pursuing development plans for other tourist spots in the city including making the Baguio City market as a “state-of-the-art” market in Southeast Asia.

Both Vice Mayor Faustino Olowan and Councilor Lourdes Tabanda, one of the veteran local legislators here, said that they are fully backing the Mayor on the rehabilitation concepts. “But the details (of these) have to be discussed,” the lady councilor explained.

Environment chief Roy Cimatu, represented by Assistant Secretary Jesus Salazar, also committed the DENR’s full support in Baguio’s dream to re-develop. “Enforcement (of environmental laws) is not an option but a must,” Cimatu stressed in his speech read by Salazar. “We will respect indigenous peoples (rights) and promote social justice (in this endeavor),” he said. ●