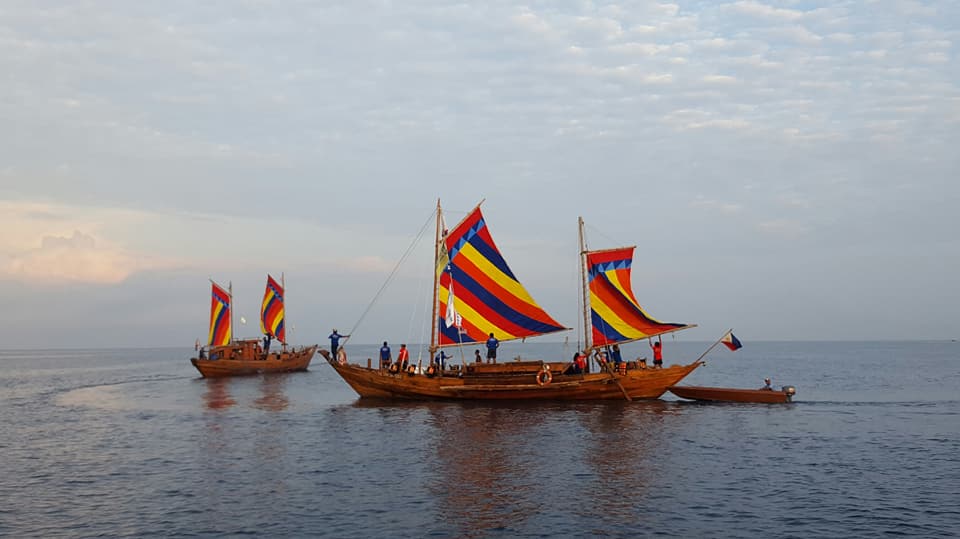 BALANGAYS RETURN HOME AFTER 22 DAYS AT SEA. After twenty-two days at sea sailing from the Philippines to China and back, three replicas of ancient wooden boats called balangays returned home last May 19, 2018 docking at Poro Point in San Fernando, La Union. The boats were manned by a crew of 32 Filipinos and one Chinese led by Environment Undersecretary Arturo Valdez. The expedition commemorated a voyage made by Sultan Paduka Pahala 600 years ago to pay tribute to China’s Emperor but he died there and was buried in Shandong, China. (photo by Fung Yu/Balangay Voyage)