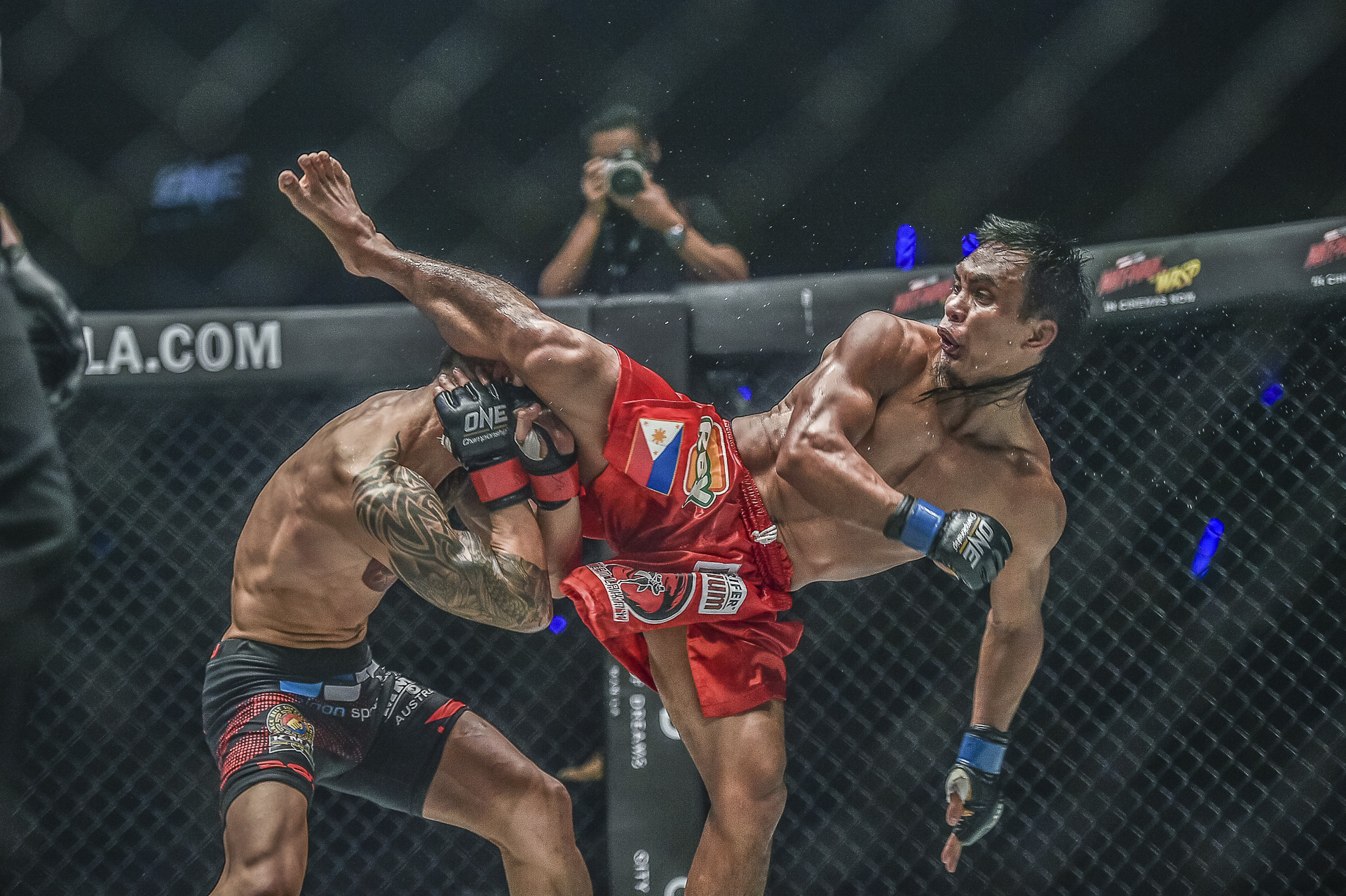 BELINGON REIGNS IN “ONE: REIGN OF KINGS”. Hometown hero Kevin “The Silencer” Belingon of Baguio City, Philippines dominated in an intense five-round fight over two-division ONE World Champion Martin “The Situ-Asian” Nguyen to win by unanimous decision and claim the ONE Interim Bantamweight World Championship in the recent ONE Championship™ held at the Mall of Asia Arena last July 27, 2018. (photo by ONE Championship™)