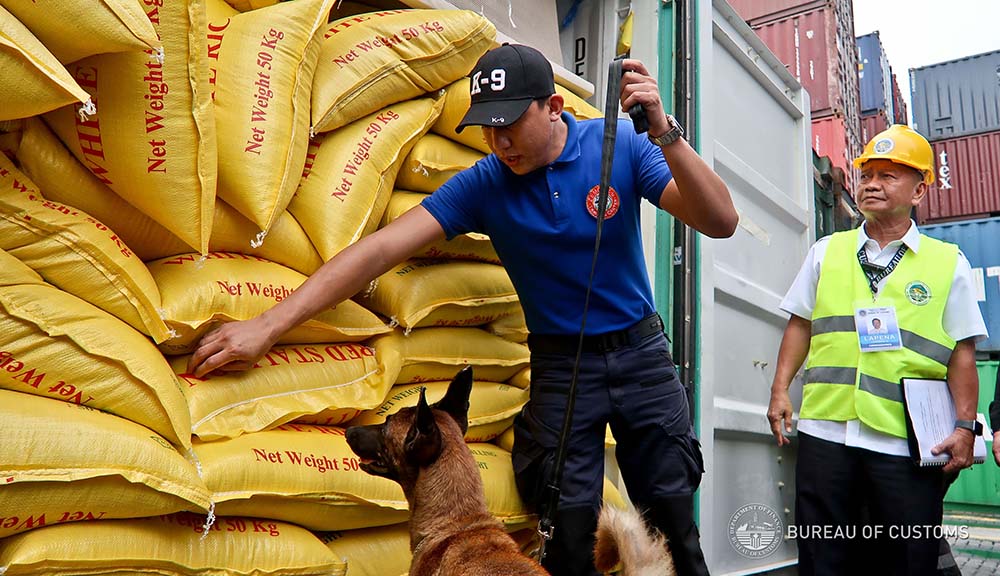 MANILA CITY – One hundred 20-footer container carrying 2,500 tons of white rice said to be worth P125 million was seized by the Bureau of Customs at the Manila International Container Port (MICP) on Monday, August 13.

Based on reports, Commissioner Isidro Lapeña said the shipment contains around 50,000 bags of rice and originated from Thailand.

The shipment is consigned to Sta. Rosa Farm Products Corp., a rice importer who has a pending case before the Department of Justice for the unlawful importation of 200 containers of rice without the required import permit. The shipment was processed by customs broker Diosdado M. Santiago of Intramuros, Manila.

The alerted shipments arrived on June 14 without the necessary import permit from the National Food Authority.

On July 27, lawyer Vener Baquiran, District Collector of the said port issued a warrant of seizure and detention against the cargo. The cargo was apprehended for lack of NFA permit before it arrived in the country.

“Once the NFA is done with the examination and has issued report and recommendation as to the price, we will auction the goods immediately because of its perishable nature. The proceeds of the auction will be held in escrow pending final resolution of seizure and abandonment proceedings,” Commissioner Lapeña said.

The NFA test result will determine whether the rice is fit for human consumption.

The apprehension was a result of the directive of the President and the Secretary of Finance to heighten the bureau’s drive against smuggling of rice in the country. (Bureau of Customs – PIAD)