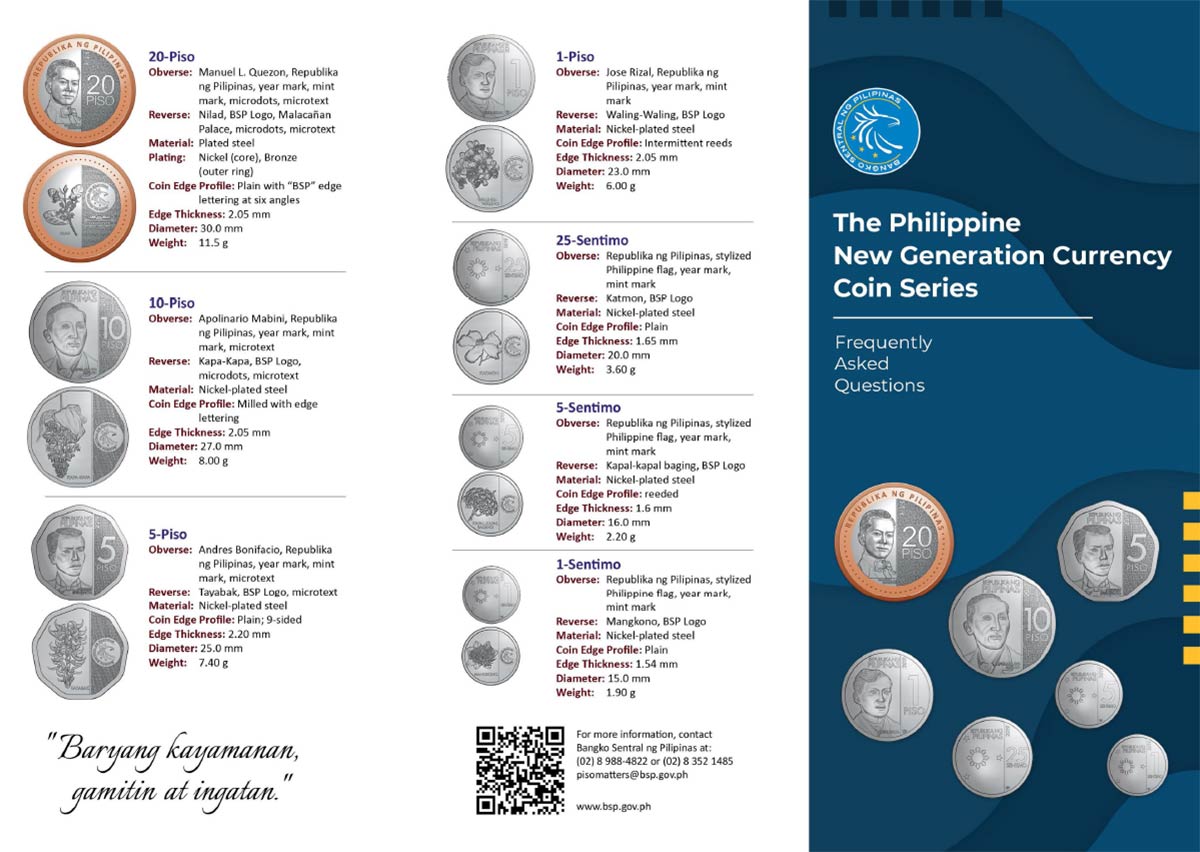 VIGAN CITY — The Bangko Sentral ng Pilipinas (BSP) released the new 20-Piso and the enhanced 5-Piso coins which are the latest to be circulated under the BSP’s New Generation Currency (NGC) Coin Series.

The use of the 20-Piso coin— which is now the highest denomination in the NGC Coin Series launched in 2018—is more cost-efficient to produce as it will have a longer circulation life than a 20-piso banknote. According to a study by the University of the Philippines, the 20-Piso banknote is the most-used denomination for payments across the country. As a result, it is easily rendered unfit for circulation and returned to the BSP for replacement.

The new 20-Piso NGC coin shall co-exist as legal tender with the currently-circulating 20-Piso NGC banknote, which will be removed from circulation through natural attrition.

The new coin retains major elements of the 20-piso banknote. The coin’s front side features Manuel L. Quezon, the first president of the Philippine Commonwealth who advocated the adoption of the national language, created the National Economic Council, and worked ardently for Philippine independence.

Its reverse side shows the BSP logo and the Malacañan Palace, the official residence of the Philippine President. Manuel L. Quezon was the first Philippine president to occupy it in his term.

Consistent with the NGC Coin Series which highlights native flora, the 20-Piso coin showcases the Nilad, the plant from which the name of the country’s capital, Manila, is believed to have originated. Likewise, the Nilad’s star-shaped flowers were said to be once clustered in abundance along the banks of the Pasig River where the Malacañan Palace is situated.

The bi-color 20-Piso NGC coin is easily distinguishable from other coins in the series. It is also highly secure, as it has microprints and an identifiable edge to deter counterfeiting.

The BSP also released the enhanced 5-Piso NGC coin with nine sides to make it more distinct from other denominations in the NGC Coin Series.

The design of the country’s newest coins is approved by the President of the Philippines. The BSP enjoins the public to properly use and recirculate our Philippine coins for their economic and cultural value. ●