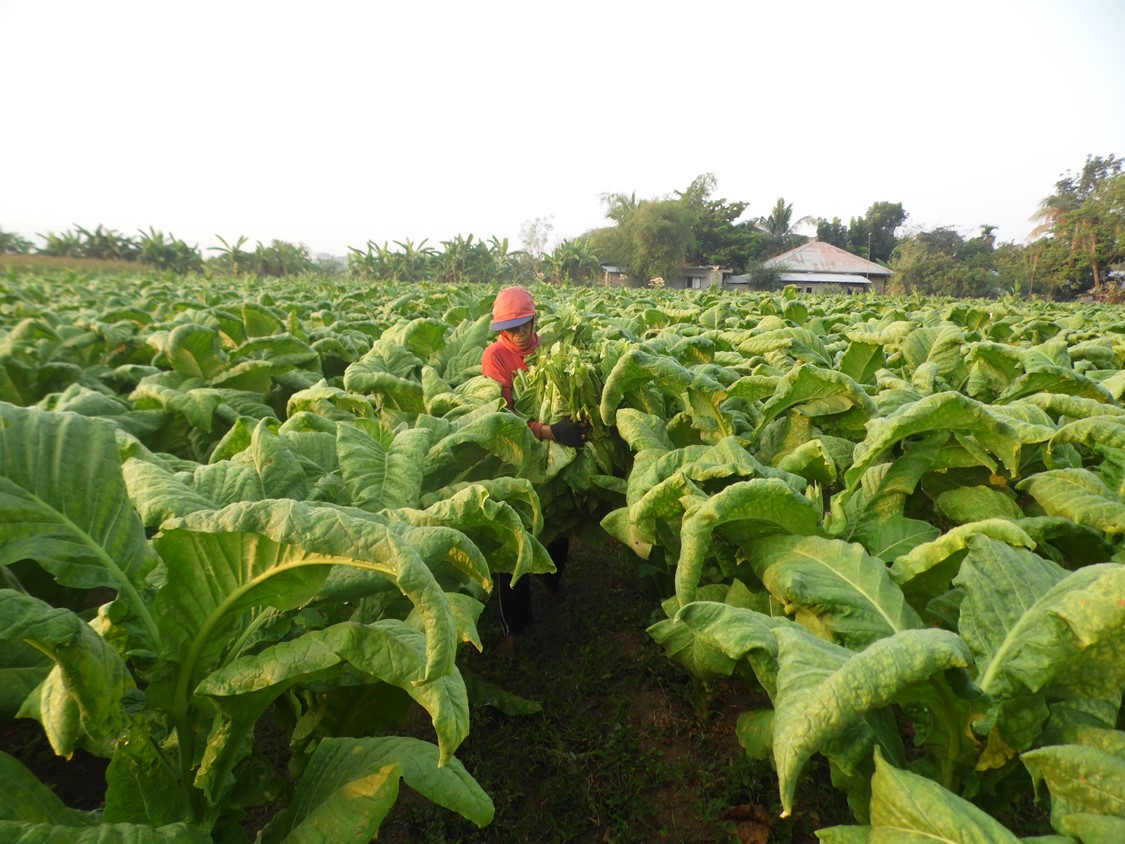 In January this year, the NTA launched the “Balik Tobacco” (return to tobacco) program in the country. This initiative intends to convince farmers to return or try planting the crop.

According to Diosdado Moduli, Supervising Tobacco Production and Regulation Officer of NTA Vigan City Branch, the “Balik Tobacco” concept came from local governments who expressed interest to return tobacco among their farmer’s crop.

“With the collaborative efforts with the LGU, we tried our best to campaign for tobacco planting. It’s a collaborative effort wherein ti provincial government ken dagiti munisipio ket mangtedda ti support wenno subsidy for inputs while NTA will provide technical assistance,” he explained.

Maduli also mentioned that they are expanding the multisectoral production agreement the agency launched last year. This arrangement includes farmers, buying firms, NTA, and local governments. The contract provides for the technical, production, and marketing support and proper documentation of the product by the NTA and buying firms. Local governments will take care of farm machinery and implements, and farm inputs such as fertilizers and pesticides from their tobacco excise tax share.

Although too early to gauge the success of the program, he said their branch has a positive outlook. According to him, with the identified components of the program, farmers cultivating the crop, and the area planted with tobacco will increase.

A farmer spends P16,000 for fertilizers for every hectare of Virginia (neutral) planted and P3,000 for the pesticides according to the latest consolidated cost of production from the agency.

NTA Administrator Robert Seares, Sr. has earlier made positive projections, stressing that “Balik Tobacco” will increase the production despite the government’s campaign against smoking.

Maduli, however, noted that tobacco price continues to be the reason why many are losing interest with the crop. He admitted that while the input costs are “logarithmically increasing,” price increase is slow.

He also expressed concern about the negotiation deadlock that occurred during the National Tripartite Consultative Conference (NTCC) in October. According to him, some farmers opted not to plant since price increase is still uncertain despite the start of the tobacco season.

Maduli explained that in computing the Cost of Production and proposed price increase, they include the 25 percent allowable mark-up to ensure farmer’s income.

He also admitted that since buying firms are also the once grading the tobacco, they can “manipulate the price.” However, he said that it is okay as long as companies do not go below the floor price.

Last NTCC, the computed increase for Virginia tobacco (neutral) is P7.00; however, the buyers only offered P1.00 increase. Under the Philippine Standard Grade, the basis for the floor price increase is Virginia (neutral) even if other varieties, like Virginia (improved flavor), have a higher cost
of production. ●