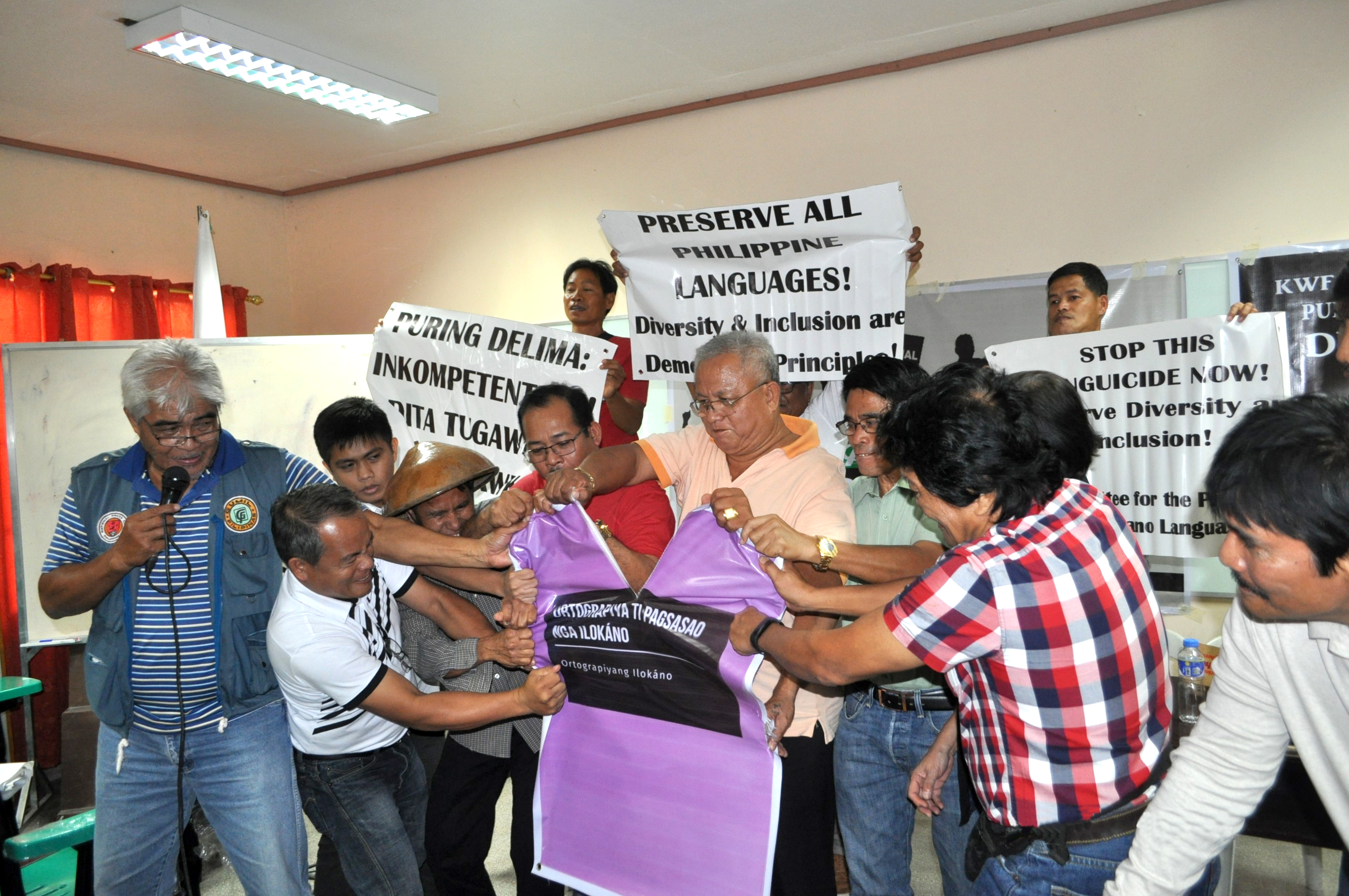 CEREMONIAL TEARING OF THE NEW KWF ILOKANO ORTOGRAPHY. Members of the Gunglo dagiti Mannurat nga Ilokano iti Filipinas (Gumil Filipinas) perform a symbolic tearing of the latest Ilokano Orthography released by the Komisyong ng Wikang Filipino (KWF) to express their protest against the new guidelines during a conference that was held at Mariano Marcos State University last October 27, 2018. The group alleges that the new version of the Orthography was released without appropriate consultation with stakeholders and was created by non-experts who were not proficient with the language. (photo by Eden A. Alviar)