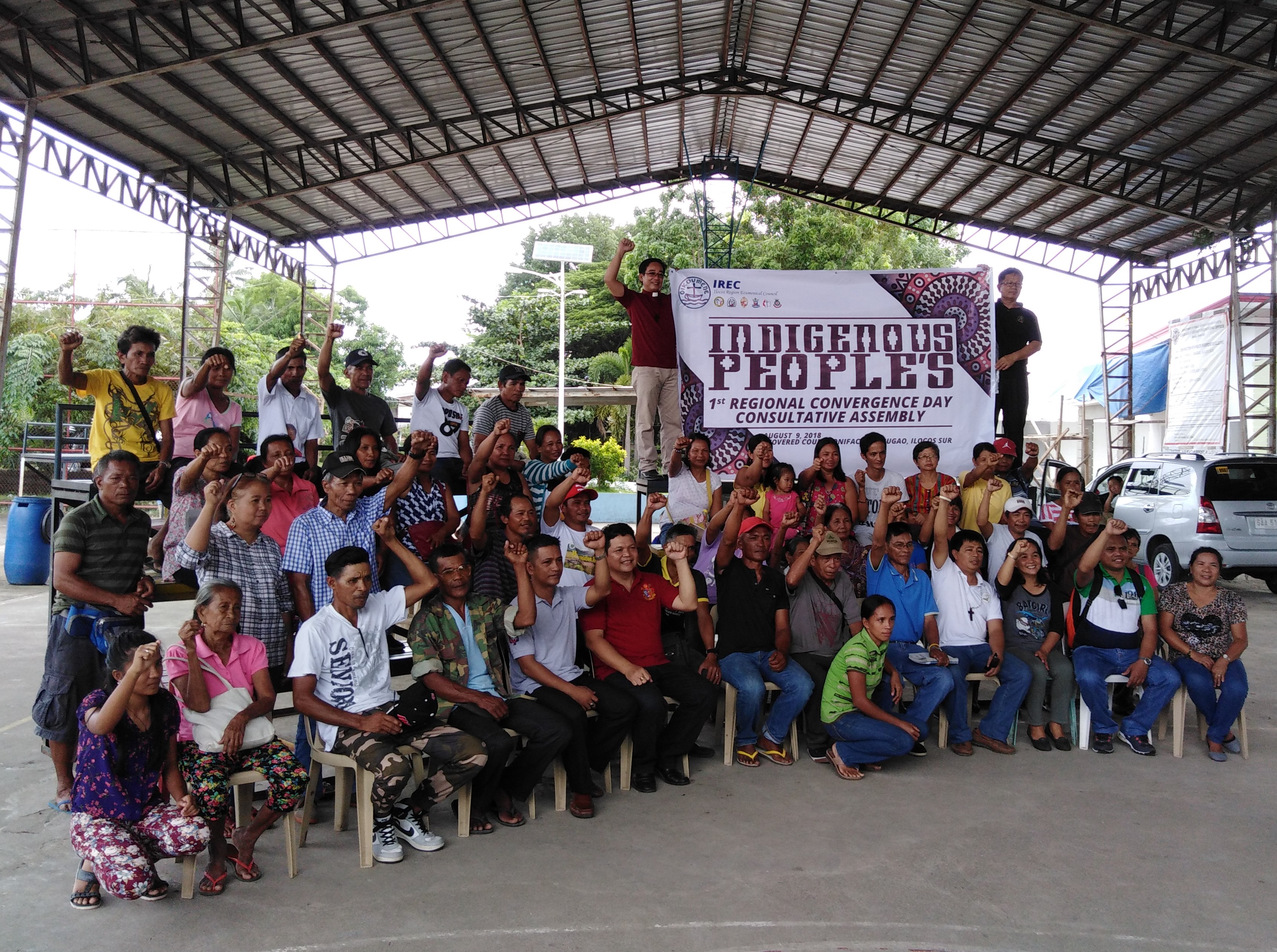 Representatives from the Bago, Isnag-Yapayao and Tingguian tribes from Ilocos Norte, Ilocos Sur and La Union gathered in this town for the Ilocos Indigenous Peoples Convergence and Consultation.

“This activity is of utmost importance because many projects under the administration’s ‘Build, Build, Build’ program are located in IP communities and ancestral lands,” said Rev. Israel Bangsil, chairperson of IREC.

He explained that the activity intends to work for the IPs and their member churches by providing a venue where IP members can voice out their issues, and for the group to come up with the appropriate response. Bangsil himself is a member of Bago tribe in Salcedo, Ilocos Sur.

The head of the Diocese of La Union, Ilocos Sur and Abra of the Iglesia Filipina Independiente, Bishop Vermilion Tagalog, underscored in his message that rights violations of tribal communities occur because “the government allows aggressive businesses to venture into their ancestral lands.”

“IPs only takes what they need from the environment to survive while businesses take everything they want for profit, plundering resources and destroying the land,” the cleric said.

In a workshop, the participants shared their experiences. Concerns raised range from non-recognition of their selected representative to bypassing the “free prior and informed consent” process.

Participant Melita Estillore, secretary of La Union Federation of IP Organizations reported the refusal of the provincial government to let their selected indigenous peoples’ mandatory representative to assume his office. According to her, officials from the province questioned the process they followed when they selected Sonny Solimen as IPMR in 2016.

Solimen, in a text message, said the National Commission on Indigenous Peoples (NCIP) administered his oath of office on June 16 last year. He added the court denied the petition for a temporary restraining order filed by the province. However, he is yet to take his position up to this date.

Isnag-Yapayao delegates from Adams and Pagudpud in Ilocos Norte complained of the impacts of different projects in their ancestral lands.

“Our livelihood is now affected because we are now prohibited from gathering forest products and hunting,” said Rolly Purdos of Salakniban ti Adams.

He explained that they were not consulted when their municipality, in partnership with an institution, designated part of their ancestral land as a critical wildlife habitat.

“The agency colluded with energy corporations to put up another IP elders and organization because they could not coerce us to submit to their terms,” claimed Benny Aguinaldo.

While Nick Lacaden, a Bago from Salcedo and leader of Timpuyog ti Mannalon ti Karayan Buaya shared their experience with the National Irrigation Authority, who proposed for the construction of a dam in their municipality with even securing their consent.

The participants, in their Declaration of Unity written in Ilokano, claimed many of them were “denied of our rights to use, manage and develop our ancestral land.” They said the government violated their right to determine how they govern, develop economically and practice their culture.

They stated, “the government designates our lands as resource base” but neglects their needs. The participants also lamented that IP areas remain to be among the poorest and lack basic social services.

They vowed to “expose, oppose and fight” destructive projects, government neglect and state violence committed against them. (Sherwin De Vera)