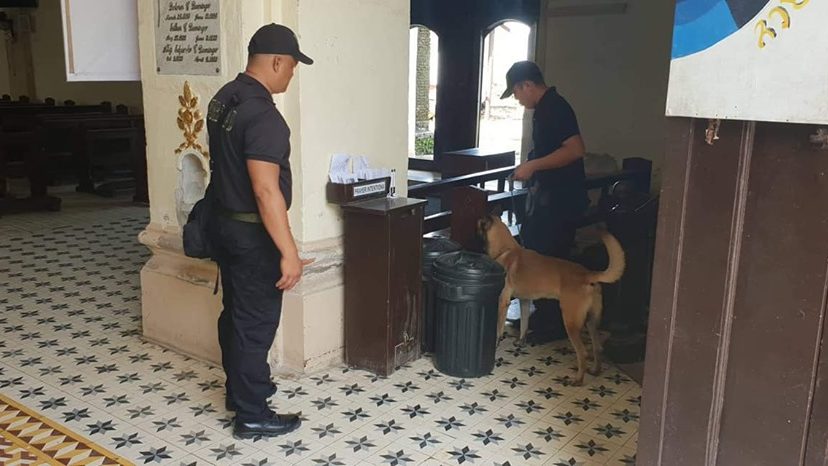 CLEARING OPERATION. EOD/K9 of 1st ISPMFC led by Police Chief Master Sergeant Jessie Ramos Jr.  conducted paneling/clearing operation in one of the Spanish colonial churches in the province of Ilocos Sur on August 7, in the morning. The operation was conducted in response to a leaked memorandum alert issued by the Armed Forces of the Philippines Northern Luzon Command that went viral over social media last week concerning the presence of terrorist threats targeting historical churches in the region. The concerned local governments immediately responded by increasing the security and police/military visibility in public places. (photo by Eden Aquino Alviar)