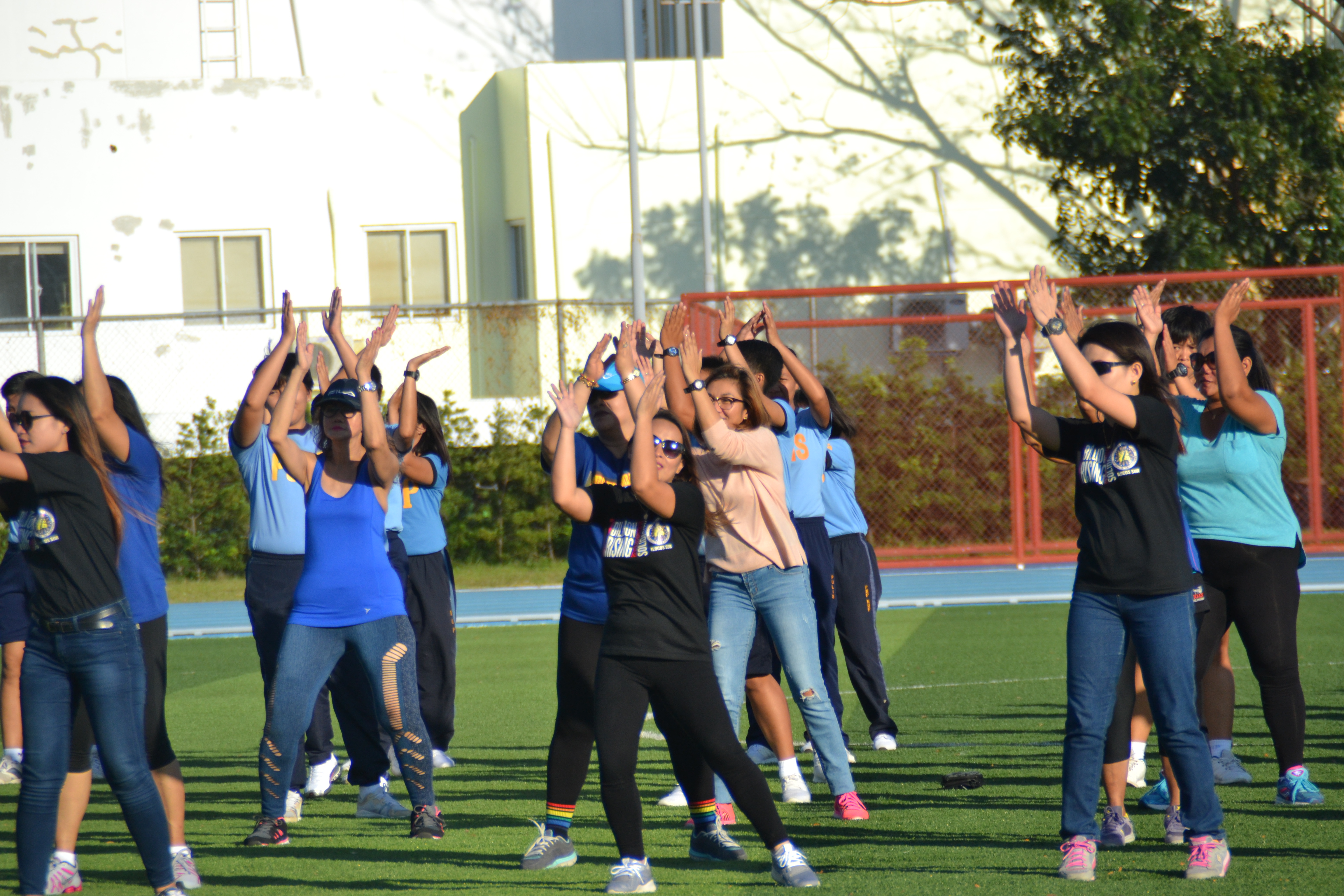 Comelec Ilocos Sur, in cooperation with the Provincial Government of Ilocos Sur and Vigan City Government, led the Women's Day “One Billion Rising” Dance at the President Elpidio Quirino stadium in Bantay town on March 8, 2018 to raise awareness of the exploitation against women and girls, and to stop the same. About 160 women and men of the province from Comelec Ilocos Sur, BFP Ilocos Sur, PNP Provincial Office, Gabriela Vigan Inc., students of Ilocos Sur Community College and Zumba Club of Vigan joined the dance. (ICR/PIA-Ilocos Sur)
by JND/ICR/PIA1 Ilocos SurPosted on March 19, 2018February 17, 2019

BANTAY, Ilocos Sur – To raise awareness on the rights of women and stop discrimination against women, the Commision on Elections (Comelec) Ilocos Sur office led about 160 government workers and private groups in a dance on Women’s Day, dubbed as “One Billion Rising (OBR) Dance” in this town’s President Elpidio Quirino stadium.

Men and women from the Bureau of Fire Protection, Philippine National Police Provicial Office, Commission on Elections offices from the provincial and the 34 towns and cities of the province, Gabriela ti Vigan, Inc led by Vigan City Councilor Joy Benette Orio, the Zumba Club of Vigan led by Flora Ubaldo, danced to the tune of “Break the Chain.” This dance was created to make people aware of the exploitation of women and girls and to stop the same, said Atty Rhodora Arrocena, Comelec provincial director right after the event which she led.

The dance was recorded and will be uploaded at YouTube to expand the campaign, with the support of the Provincial Government of Ilocos Sur and the City of Vigan, said Arrocena who is the provincial focal person of Gender and Development of Comelec Ilocos Sur.

Now on its sixth year, the theme of OBR is solidarity. It is “set to escalate risings against all forms of violence against women – including a rising resistance against the systems that cause other forms of violence: imperialism, fascism, racism, capitalism and neo-liberalism – and will continue to highlight where all these issues interconnect,” according to the website, www.onebillionrising.org.

One Billion Rising is the biggest mass action to end violence against women in human history. This was launched on February 14, 2012 to campaign against abuses of women based on the statistics that one in three women in the world will be beaten or raped during her lifetime. With the world population at seven billion at present, there are more than “one billion” women and girls all over the planet.

According to the Wikipedia, One Billion Rising is a global movement founded by Eve Ensler to end rape and sexual violence against women that began as part of the V-Day Movement.Each year the campaign expands.

On September 20, 2012 people from 160 countries signed up to join the campaign and tens of thousands of events were held. About 5,000 groups joined, endorsed or helped by religious ministers, movement builders, actors Rosario Dawson, Robert Redford and Stella Creasy, and a British Labour Cooperative politician.

Ensler, an activist and playwright known for her “The Vagina Monologues” is the head of the V-Day organization. The campaign was inspired partly by the Todd Akin’s ‘legitimate rape’ and pregnancy comments controversy. Shocked at Atkin’s statement, Ensler wrote an open letter on this.

“Dancing insists we take up space, and though it has no set direction, we go there together. Dance is dangerous, joyous, sexual, holy, disruptive, and contagious and it breaks the rules. It can happen anywhere, at any time with anyone and everyone, and it’s free. Dance joins us and pushes us to go further and that is why it’s at the center of ONE BILLION RISING,” said Eve Ensler.

Choreographer Debbie Allen created the dance steps for “Break the Chain” when the campaign began in 2012.

In the Philippines, Gabriela Women’s Party, One Billion Rising Philippines task force groups and OBR director Monique Wilson launched on September 20, 2016 the 2017 Solidarity Against Exploitation of Women series of campaign protests that ended on February 14, 2017.The theme was Rise for a Just and Lasting Peace.

With the project finished, Arrocena said that it was a successful partnership to “Make Change Work for Women” in Ilocos Sur, as she urged other groups and agencies to dance to end violence against women and girls in the province. They can upload the video from YOUTUBE and practice during their rest days.(JND/ICR/PIA1 Ilocos Sur)