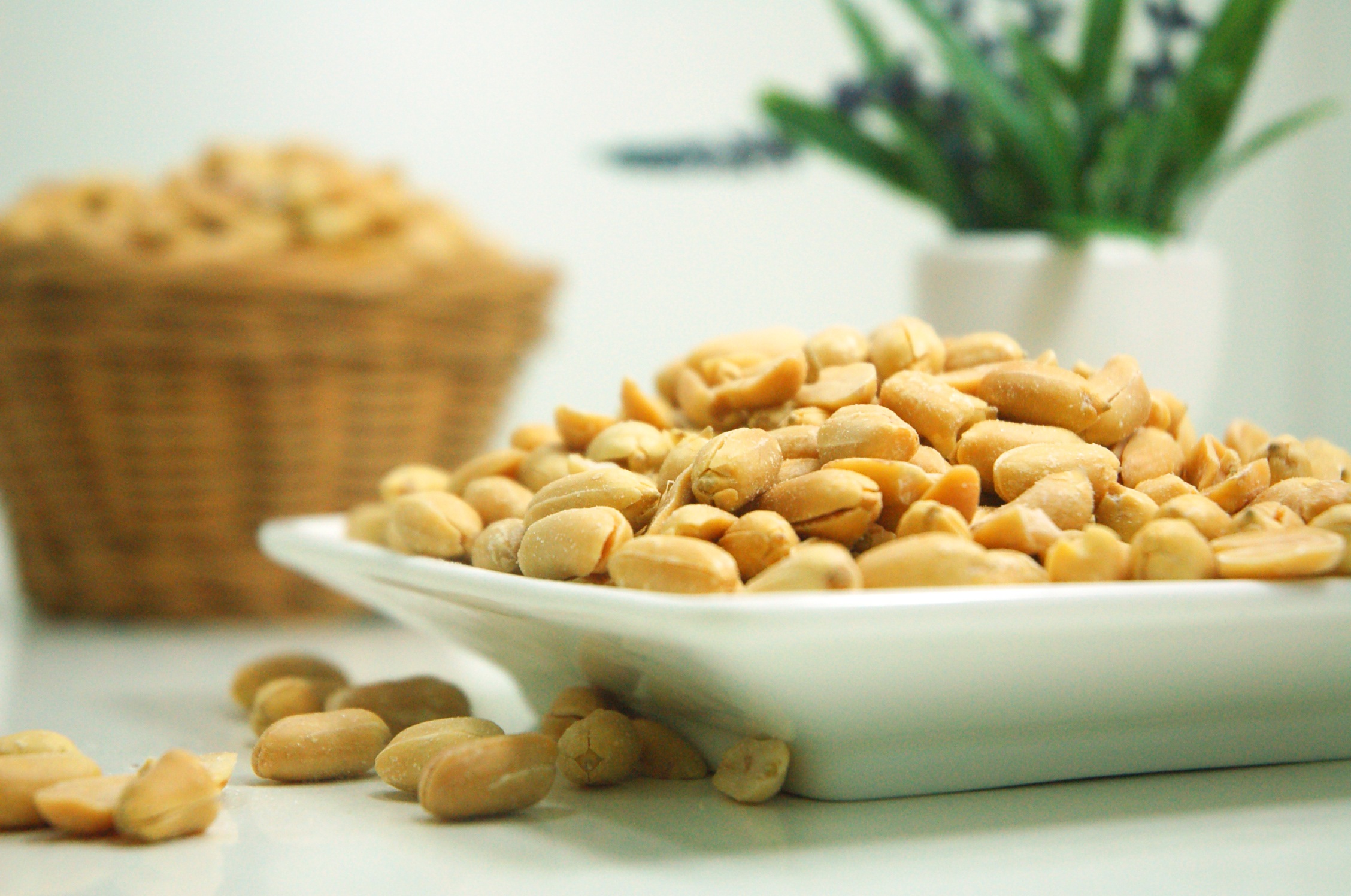 While caught up in traffic on a bus, a man steps up with a pail at hand. He opens the pail and the aroma of the food he sells diffuses as he passes asking each passenger “Mani, mani kayo dyan?” In the streets, stalls tempt each passerby to peep and whiff the chili, adobo and garlic flavors of roasted peanuts. Inside the buildings, people burning their eyebrows and pouring ideas in a meeting have a bowl of nuts at the center of their tables for everyone to pick and nibble. Have you experienced these situations?

Talking about peanuts brings to mind a bunch of different scenes but one thing is common, that people get cracked with the crunch of peanuts without even noticing it.

Going nuts with peanuts? Take a quick look at the nutritional value of peanuts while munching that favorite snack.

For those looking for excellent and cheap alternatives to meats, peanut is one of them. Like other legumes and dried beans, peanuts contain protein of lower biological value than meats but when eaten with cereals, the total protein value approaches that of meat and thus, costs less. Message Number 4 of the Nutritional Guidelines for Filipinos developed by the Technical Working Group led by the Food and Nutrition Research Institute, Department of Science and Technology (FNRI-DOST) says that to improve the Filipino diet, not only should the total quantity of food be increased but also the quality by including animal products or substitutes. About 1 cup raw peanuts may be substituted for a serving of meat or fish. For vegetarians, dried beans, legumes and nuts are the primary protein source of their diet.

Dried beans and legumes such as peanuts are rich in B-vitamins namely thiamin, riboflavin and niacin which help release energy from nutrients. Thiamin supports normal appetite and nerve function. Riboflavin supports skin health, cracks and redness at the corners of mouth, inflammation of the tongue and dermatitis. Niacin also supports the skin, nervous and digestive systems.

Likewise, peanut’s fat content contributes to more energy and thus, is one of the foods added in supplementary foods for children to give a high-calorie, high-protein dish like banana-peanut mix and in disaster foods such as the food bar.

More than the taste and satisfying feeling of munching peanuts, this food gives everyone a great value for nutrition. Already craving for peanuts?