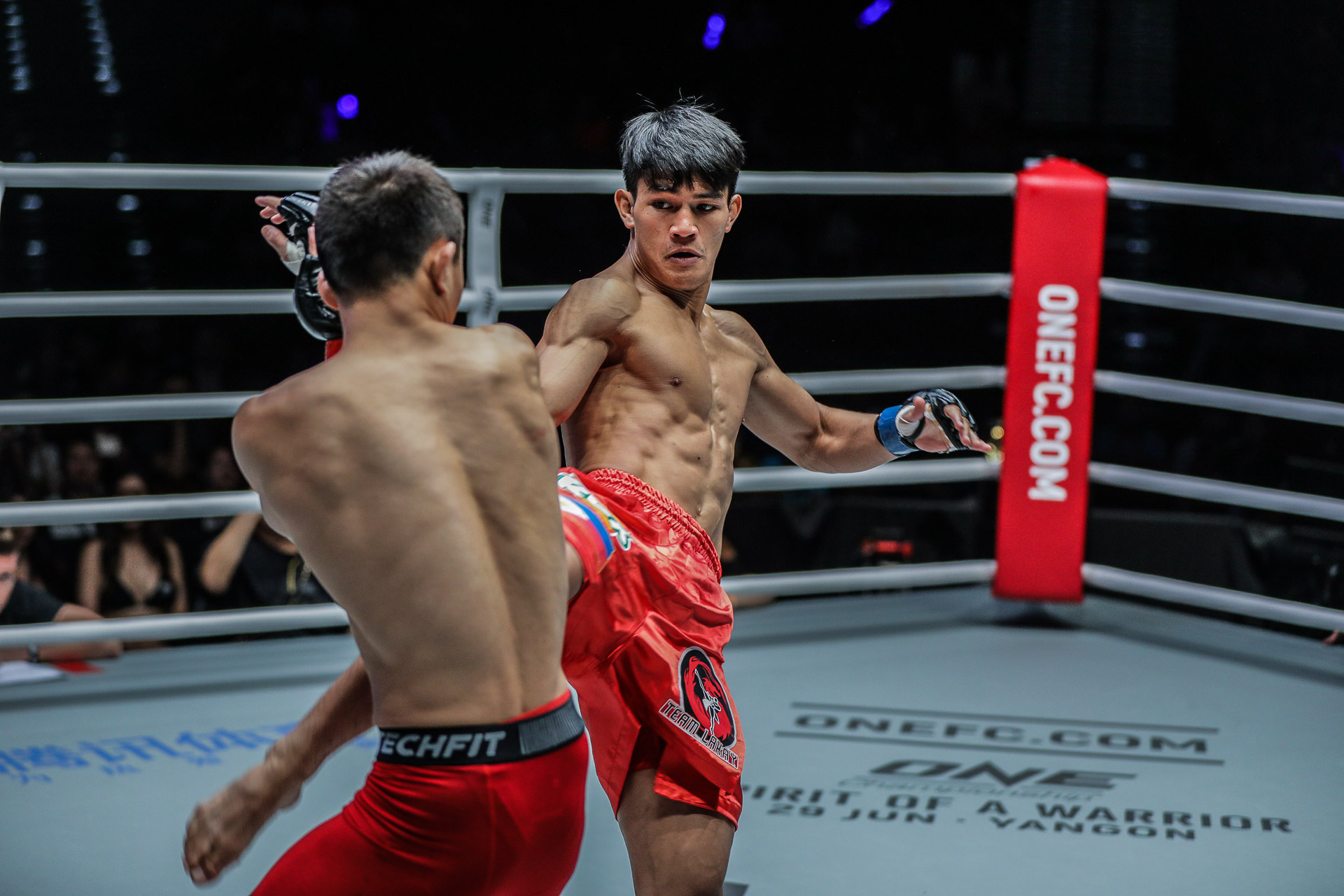 Danny “The King” Kingad is focused on becoming an elite mixed martial artist in ONE Championship as he has made enormous strides towards achieving his goal to be one of the top flyweights in the world today.

Following his heartbreaking defeat at the hands of then-ONE Flyweight World Champion Adriano “Mikinho” Moraes in November of last year, Kingad was determined to rebuild his self-confidence and further develop his grappling skills.

Kingad has displayed those newfound aspects of his game in his subsequent two victories, including his impressive all-around performance against Chinese prospect Ma Hao Bin last June in Macau, China.

As he tries to build some momentum towards a second crack at the ONE Flyweight World Championship, Kingad stressed that his journey to mixed martial arts success would not have been possible without the guidance of one selfless man.

In the world of combat sports, a few prizefighters have found father figures with the likes of Manny Pacquiao in Freddie Roach and Mike Tyson in Cus D’Amato.

The 22-year-old Baguio City native was fortunate enough to have an invaluable mentor and a second father in the person of Team Lakay head coach Mark Sangiao.

“Having a coach like him is one of the most important parts of my career,” he shared. “I cannot reach my true potential without proper guidance. But with Coach Mark, I feel like anything is possible.”

Sangiao is the headmaster and founder of Team Lakay, which has become an instantly recognizable name in the Philippine mixed martial arts scene because of the big number of successful homegrown talents that it has produced since its inception in 2003.

Despite being located at an elevation of 4,300 feet above sea level in the mountains of La Trinidad, Benguet, Team Lakay has been recognized as one of Asia’s elite mixed martial arts camps, spawning remarkable Filipino athletes such as Eduard Folayang, Geje Eustaquio, Kevin Belingon, Honorio Banario, Joshua Pacio, April Osenio, Gina Iniong, and of course, Kingad.

Kingad and Sangiao have a close relationship as it was the mixed martial arts trainer who gave the young Filipino a much-needed direction at a time in his life when it was heading off the rails.

When he tragically lost his dad at the age of eight, Kingad fell into bad company and was heavily influenced in leading a life that he was not proud of.

“I had lost my way back in my elementary school days. I fell into a bad crowd,” he revealed.

“Me and my friends back then would skip school. I dropped out of school twice. I would not come home, and my mother would come looking for me. Sometimes, they would find me sleeping on the streets,” Kingad added.

Without a strong male role model to guide him, Kingad frequently skipped school, sold bootleg merchandise, and even slept on the streets.

At the beginning of his junior year of high school, Kingad stumbled onto the right path when his cousin and Team Lakay member Roldan Sangcha-an introduced him to Wushu.

“My family never gave up on me. They kept pushing me even though I resisted. I did not want to let them down,” he said. “When I discovered martial arts, from that point on, my life changed. There was all this positivity coming from martial arts. I gradually distanced myself from all my vices and got rid of my bad habits.”

As he excelled in the discipline and dedicated himself to his training, Kingad earned a scholarship to attend the University of the Cordilleras to compete as part of the school’s varsity Wushu squad.

Under the tutelage of Sangiao, Kingad won a regional Wushu championship in 2015 and built an impressive 29-1 win-loss record in the discipline.

With a natural talent in Wushu and his dedication to the art, Kingad got an offer from Sangiao to join Team Lakay, which he admittedly could not refuse.

“The great thing about Coach Mark is that he has so much experience, and a lot of stories to share that we all learn from. I have taken that to heart. A lot of the values I live by, I have learned from Coach Mark. He has been a major influence in my life,” he expressed.

Kingad continued to develop as a person and a competitive mixed martial artist with Sangiao by his side.

“Coach Mark is like a second father to me because he does not just teach me what he knows about martial arts. He also gives me advice in my personal life and how to be a better person,” he explained.

“He has taught me a lot, and I have learned so much from him – like how to deal with criticism, how to conduct myself in public, to give respect to everybody, and of course, how to live like a true martial artist,” Kingad elaborated further.

Kingad is slated to return to action on September 22 as he faces Japanese newcomer Yuya Wakamatsu on the undercard of ONE: CONQUEST OF HEROES, which takes place at the Jakarta Convention Center in Indonesia.

Having Sangiao sitting on the coach’s stool to give him instructions in the heat of the action, Kingad is confident that he could pull off a decisive victory in his next assignment on the ONE Championship stage.

“My victories are his victories. At Team Lakay, we learn from each other through our shared experiences. It is one of the best things about our little family. With Coach Mark by my side, I am confident that I will be able to ace my upcoming test,” he ended. (ONE Championship)