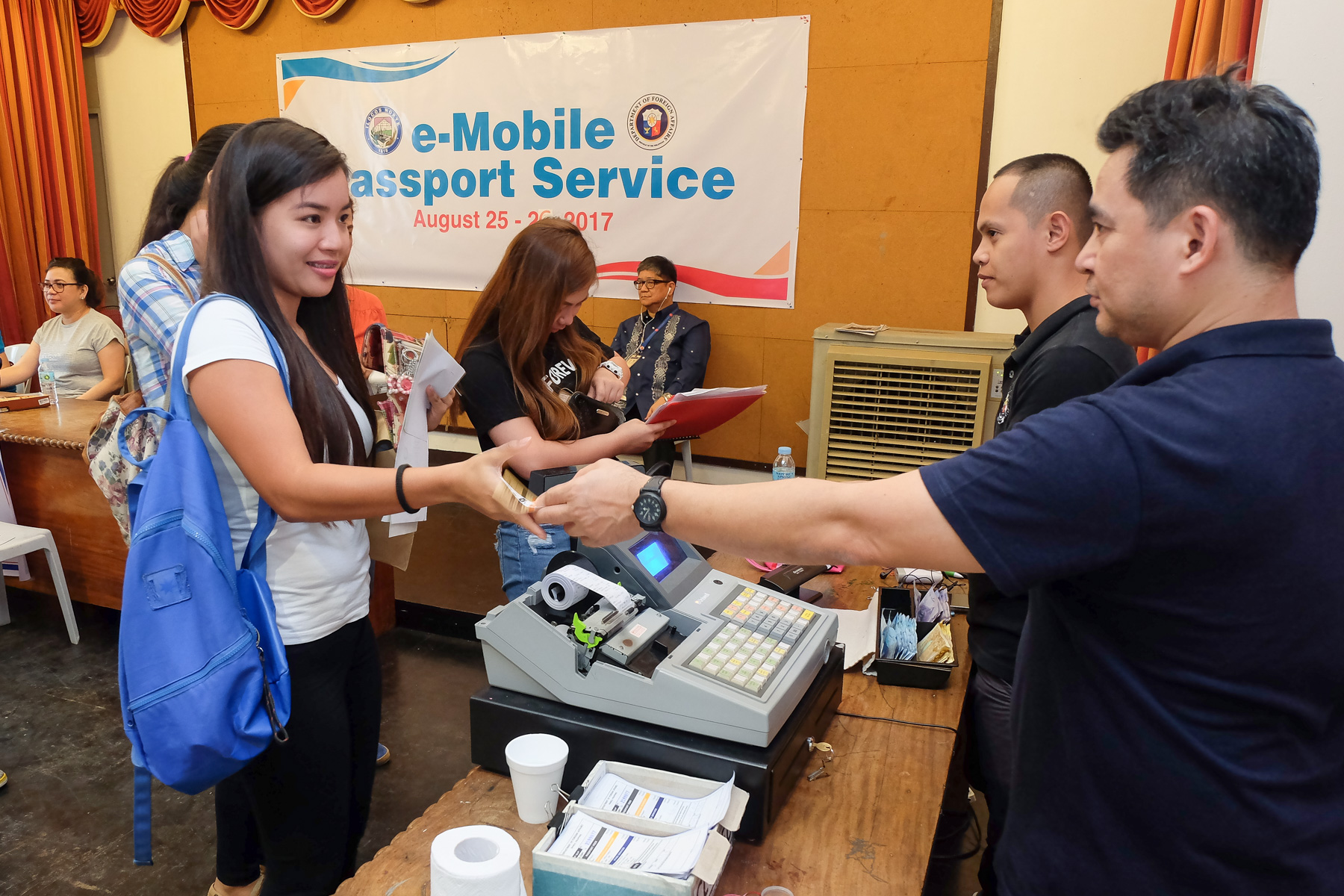 Photo taken taken during the DFA Mobile Passporting last year. (photo by Alaric Yanos, PGIN-CMO)
by PGIN/DFAPosted on May 15, 2018May 15, 2018

LAOAG CITY – After seven years of annual mobile e-passporting services in partnership with the Provincial Government of Ilocos Norte (PGIN), the Department of Foreign Affairs (DFA) opened its consular office yesterday at Robinsons Place Ilocos in the Municipality of San Nicolas.

According to the Ilocos Norte Public Employment Service Office (PESO), which has been the main office coordinating for the DFA mobile e-passporting in previous years, locals had been anticipating and inquiring about this year’s mobile passporting outreach. PESO staff thus relayed news of the DFA establishing their consular office this year.

Through mobile passporting services initiated by the PGIN, over 10,000 people have been able to save time, effort, and finances in processing their passports. Locals had long been lauding the program, as it provided an alternative to travelling all the way to DFA offices in Tuguegarao City or San Fernando City in Cagayan and La Union, respectively.

Meanwhile, Foreign Affairs Secretary Alan Peter S. Cayetano reassured that “DFA is committed to make its passport and other consular services more accessible to our people.

“The opening of these two consular offices [Ilocos Norte and Isabela] is a firm example of that commitment,” he added.

With an estimated 60% of families in Ilocos Norte receiving remittances from relatives working abroad, quick and accessible passporting has been a constant need. (PGIN/DFA)