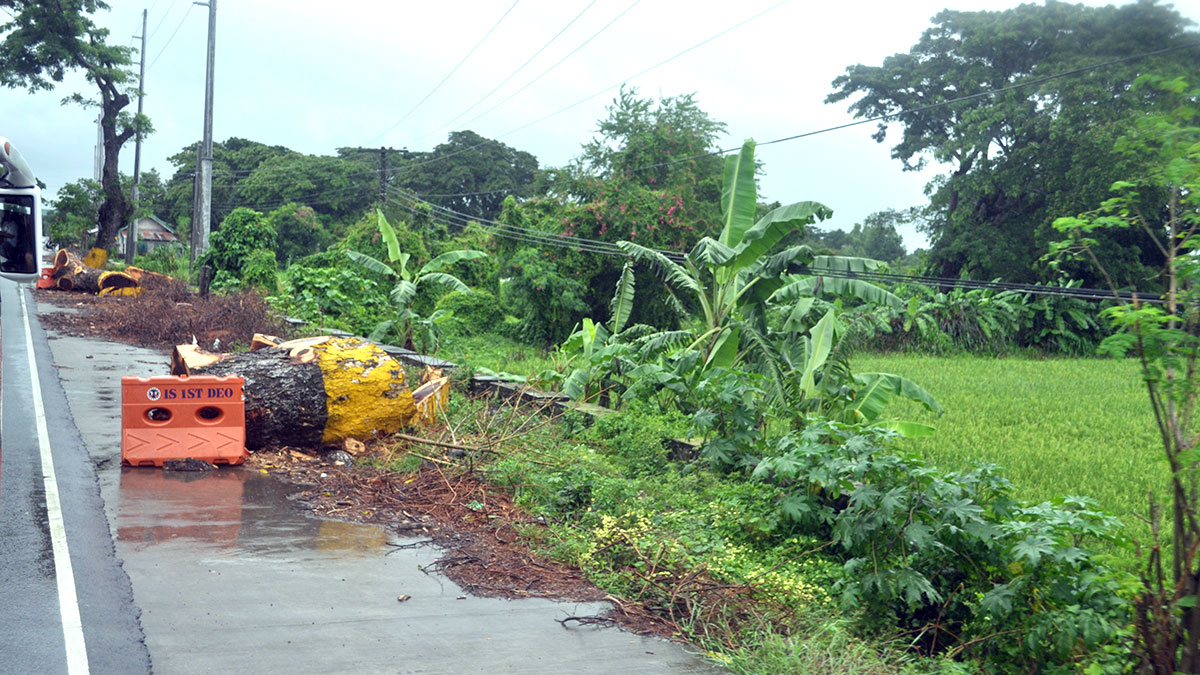 BANTAY, Ilocos Sur — District Engineer Reynaldo Organo of the Department of Public Works and Highways’ (DPWH) 1st Engineering District has announced that after coordinating with the Department of Environment and Natural Resources (DENR), the LGUs and the Provincial Government of Ilocos Sur, the DPWH has started cutting the trees within the 20-meter national highway width to pave the way for the road’s expansion and so that motorists can already fully use the expanded lane.

During a 1-hour interview with the Ilocos Sur Integrated Press for its weekly Kapihan Iti Amianan TV Program over the weekend, he said that some 1800 trees occupying the 20-meter width will be cut and will be piled in an LGU identified designated area.

Most of the trees being cut are acacia trees, some of which are even century-old.

Program and Maintenance Engineer Eddie Rosario added that as per a directive from the Provincial Board, these cut trees will be inspected for proper inventory and disposition.

“If you notice, these trees have numbers and we will be doing the inventories through their numbers,” he said.

Organo also announced that the DPWH is also currently expanding the width of the bridges to match the road expansion projects in the poblacion areas in the district’s towns and municipalities.

Asked if the road expansion will force the demolition of the structures, particularly portions of houses along the 20-meter length when the project will commence in these areas, he said that this “will follow” once the funds arrive.

He also added that the Ilocos Sur Electric Cooperative (ISECO) will be the one responsible in the removal of the communication posts and lines because PLDT is a mere cable “rider” in the ISECO electric posts. ISECO is currently busy transferring its posts behind the 20-meter highway width.

The Ilocos Sur Integrated Press also presented two observations regarding two DPWH projects which needed attention: one is the “sinking” highway shoulder expansion in Barangay Napo, Magsingal adjacent to the roadside canal and the other one is the eroding riprap canal base in Barangay Lapting, San Juan, Ilocos Sur. Both are DPWH Region I projects.

Quality Assurance Section Engineer Laureano Quintos said that he has already informed Rosario about the “sinking” highway shoulder wherein Rosario, the project engineer, said he has not yet signed the turnover documents.

“I have not signed the turnover documents because I want the project to be fixed. I think the contractor did not properly do the layer-by-layer compaction which is 8 inches per layer compaction. The affected length is around 5 spans or more than 20 meters long,” he said.

Quintos added that there are also some other things to fix in the area.

“The project also needed more application of grout,” he said.

Organo then directed Rosario to make document report addressed to the DPWH Regional Director of the status of the two regional projects so that the contractor can fix them. He also allayed reports that DPWH projects have become substandard due to the passing of the projects from one contractor to subcontractors.

“There are proper specifications of the projects and we have our inspecting team under the Quality Assurance Section. The Commission on Audit, too, is very strict and so we can assure the public that the DPWH is doing all it can to serve the people with our best services when it comes to doing our mandate,” he said.