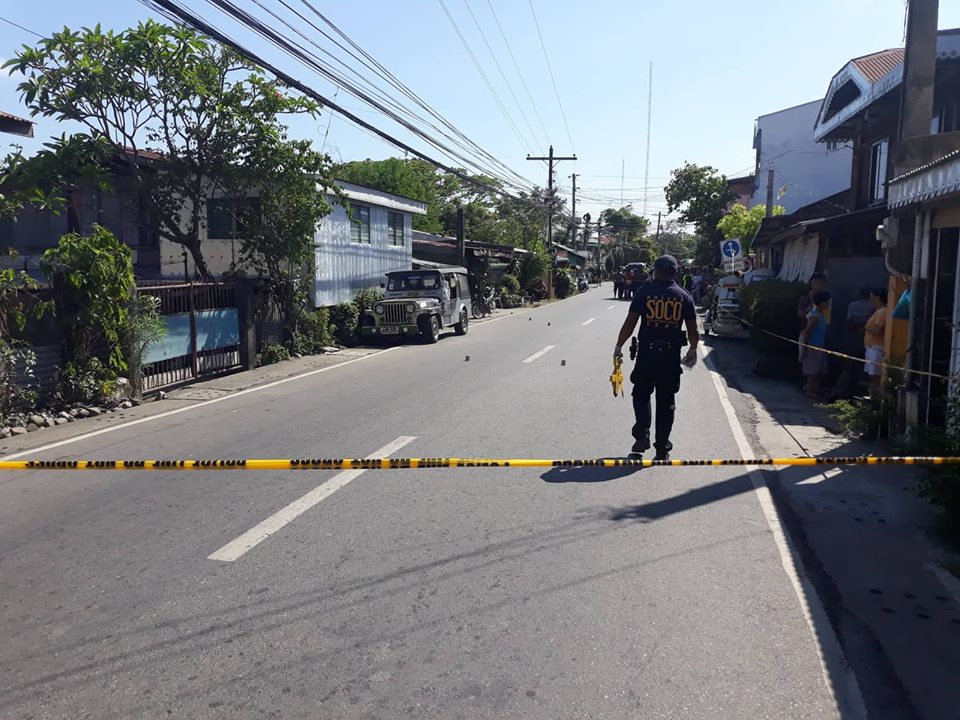 VIGAN CITY – A listed drug personality was killed, while his girlfriend was injured in a shooting that took place along Quirino Boulevard, Brgy IX, Vigan City, Ilocos Sur, yesterday afternoon at 1:15PM.

According to police report, the victims were on board a motorcycle going north along Quirino Boulevard when still unidentified suspects riding-in-tandem shot them several times using a cal .45 pistol.

The victims were rushed to the Gabriela Silang General Hospital in Vigan City but Viray was declared dead on arrival by the attending physician.

The police recovered one deformed fired bullet, one bullet jacket and six fired cartridge cases for cal .45 from the crime scene.

The adjacent municipalities were alerted and a dragnet operation was conducted for possible apprehension of the suspects.

PSSupt Herminio S Tadeo, Jr, PRO1 Officer-In-Charge, instructed the conduct of thorough investigation and to intensify police operations within the region to resolve the case immediately. He likewise ordered the Vigan City Police Station Chief of Police to extract all CCTV footages near the crime scene and maximize resources to identity other evidence that might identify the suspects. (TNM/PR – PNP PRO1 PIO)