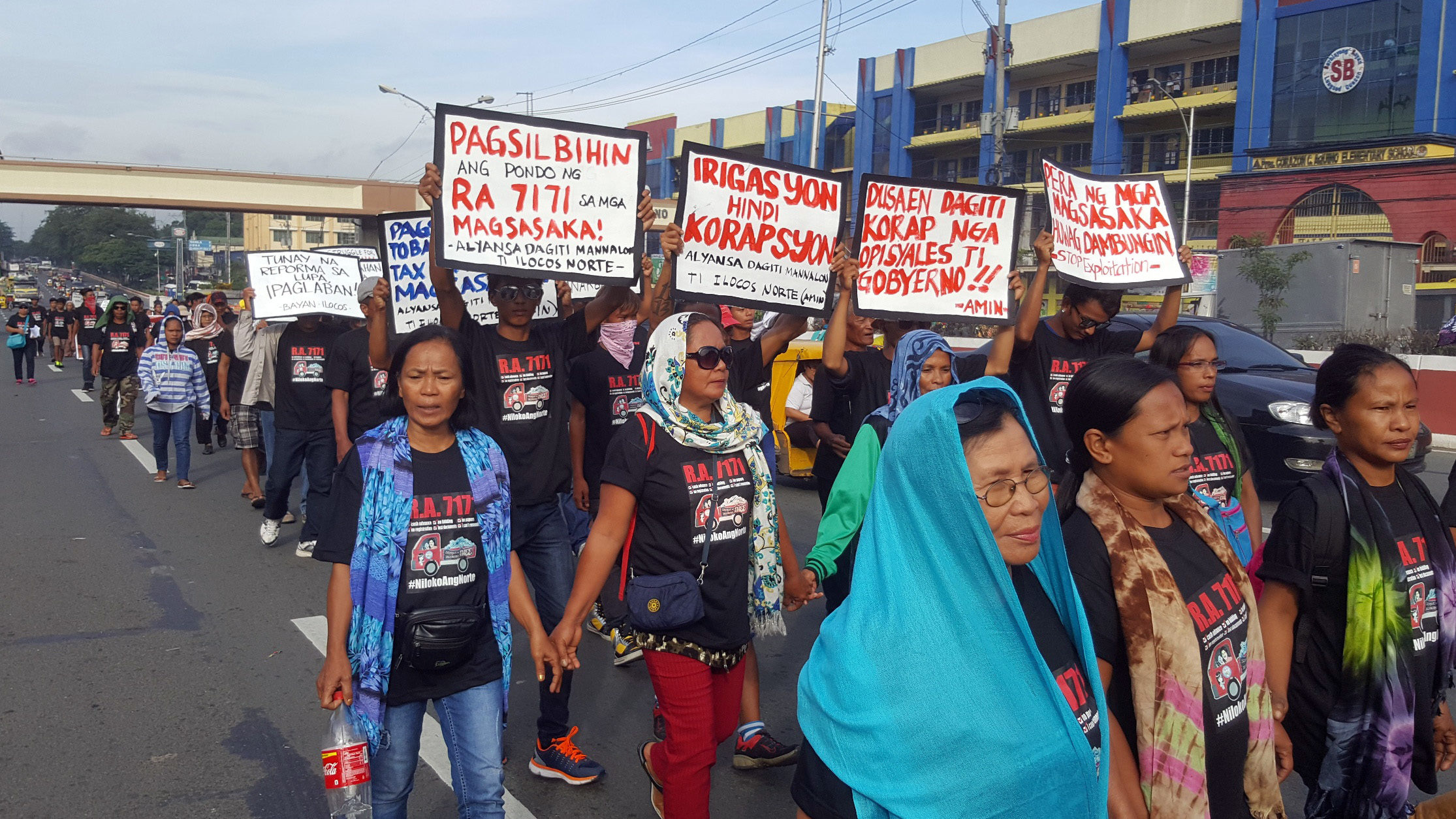 VIGAN CITY — The Solidarity of Peasants Against Exploitation (STOP Exploitation) urged local government officials in the Ilocos region to utilize their share from the tobacco excise tax to alleviate the economic standing of their poor constituents.

The group said that the billions of pesos allocated to provinces and municipalities are more than enough to provide relief and assistance to those affected by the calamities that struck Ilocos region last year.

Pugyao said that local government officials used calamity funds intended for their constituents to boost their election bid in the recent polls. He cited that LGUs provided meager assistance right after Typhoon Ompong and released most of the assistance just before the campaign period started.

He underscored that the farm equipment and production inputs provided were but “pir-ing” (specks) of the billions of pesos generated from the work and sacrifices of tobacco farmers.

“Ti dakesna, saan met a maisakmol dagiti giant harvester, tractor ken dadduma pay a naibumbunong. Adu pay ti naibunong a bin-i ken abono iti Ilocos Norte ti expired agsipud ta saanda a nagtubo ken saan a marunaw dagiti abono. Nupay adda met naited a relief goods, saan met a nasapasap (The bad thing is, we cannot eat the giant harvesters, tractors and other materials they gave to us. Also, many of the seeds distributed in Ilocos Norte were expired and failed to germinate while the fertilizers did not dissolve. Although relief goods were provided, it was not enough for everyone),” explained Pugyao.

He mentioned that they experienced this first hand in his town of Marcos, Ilocos Norte.

Lion’s Share. The three Ilocos provinces will receive the lion’s share for the 2016 excise tax collection with Ilocos Sur taking almost 50% of the total amount. Pursuant to the Budget Department’s Local Budget Memorandum 79 dated June 14, LGU share is Php 15.81 billion. The amount is chargeable to the 2018 budget and continuing appropriations under Republic Act (RA) No. 10964.

Under the law, provinces producing Virginia-type tobacco receive 15% of the total excise tax collected from product derived from the crop under the law.

Meanwhile, provinces producing the Burley and Native tobacco varieties will also get 15% of the total excise tax collected from products produced from the plants. Fourteen local governments will divide the Php 2.91 billion funds from RA 8240 as amended by RA 10351 or the Sin Tax Law.

Isabela province will take the biggest share from the fund with Php 1.46 billion, followed by Ilocos Sur Php 375.82 million, Php 276.55 million for Pangasinan, Occidental Mindoro with Php 190.33 million and Cagayan with Php 167.72 million.

“Iti agdama, adu pay dagiti pagtatalonan ken irrigation canals iti intero a rehiyon ti saan pay a natarimaan. Dagitoy ti rumbeng ken ipaayan kuma ti gobyerno iti pondo tapno makatulong kadagiti mannalon. (Currently, there are many farms and irrigation canals in the region that are yet to be repaired. The government should allot fund for these to help the farmers),” he stressed.

The group also appealed to Congress to review and amend the law that will automatically allocate the funds to specific projects. They proposed the following LGU share allocation: 50% for production subsidy and incentives, 20% for agriculture-related infrastructure, 20% for education, training and health services for farmers and their families, and 10% for early recovery and rehabilitation assistance in times of calamities and disasters.

However, Pugyao said that at present, they are not keen on allocating amounts to fund cooperatives. He said that such an undertaking requires higher consolidation and experience of farmers’ organizations to resist possible cooptation from politicians and financial opportunism among members.

Local shares from RA 7171 are for farmers’ cooperative, livelihood projects particularly the development of alternative farming, agro-industrial projects that will involve farmers in the management, and infrastructure projects like farm-to-market roads.

Funds from RA 8240 cover the same project except for the following additions under RA 10351: schools, hospitals, and rural health facilities for infrastructure projects and cash assistance to those who decide to shift to
other crops. ●