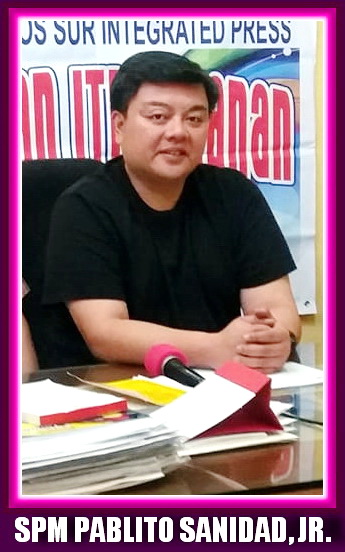 VIGAN CITY – They are just the same and that depends on how the money will be spent.

This was the opinion of Sangguniang Panlalawigan Member Pablito Sanidad, Jr. on the issue of federalism vs presidential form of government during a Kapihan interview at the Provincial Capitol here this weekend.

“What form of federalism will it be? There are many versions. What will happen to us elected officials? Shall we resign and run again? Everything is not clear,” he said.

He explained that in federalism, all resources, all revenues in the region will be joined as one.

“The region will have its own fiscal autonomy and you can just imagine the power of the regional governor with all the IRA, the revenues, the funds. In our province, what more can we ask? We have significant revenues. We have the RA 7171 funds. Whether it’s federalism or presidential form, the end question will be – where does the money go? It’s the same banana!” he said.

On the advent of the divorce bill being pushed through in Congress, Sanidad said he favors its passage.

He also said that while the CPCP will expectedly turn the table against the bill, the couple’s children will be at the receiving end of a hopeless marriage.

“Of course, the CBCP will protest, but they are not in-charge of legislation,” he said.

On the current political crisis in Cabugao town, he was asked why he inhibited in handling the case in as much as he is the chairman of the powerful Blue Ribbon Committee.

“I inhibited out of delicadeza because the partner of our law office in Baguio City is the lawyer of one of the respondents in the Cabugao case and that is former Mayor Eddie Boy Cobangbang. So, one of the committee members must stand as the chairman, but since nobody likes, the ball is tossed to SPM Ronnie Rapanut,” he said.

He explained, however, that internal rulings state that if the respondents to a complaint filed with the Blue Ribbon Committee are from the 1st District, the SPMs from the 2nd District will take charge of the case and vice-versa.

“The problem now is that SPM Rapanut is from the 1st District and nobody else would like to handle the case,” he said. (Edward B. Antonio)