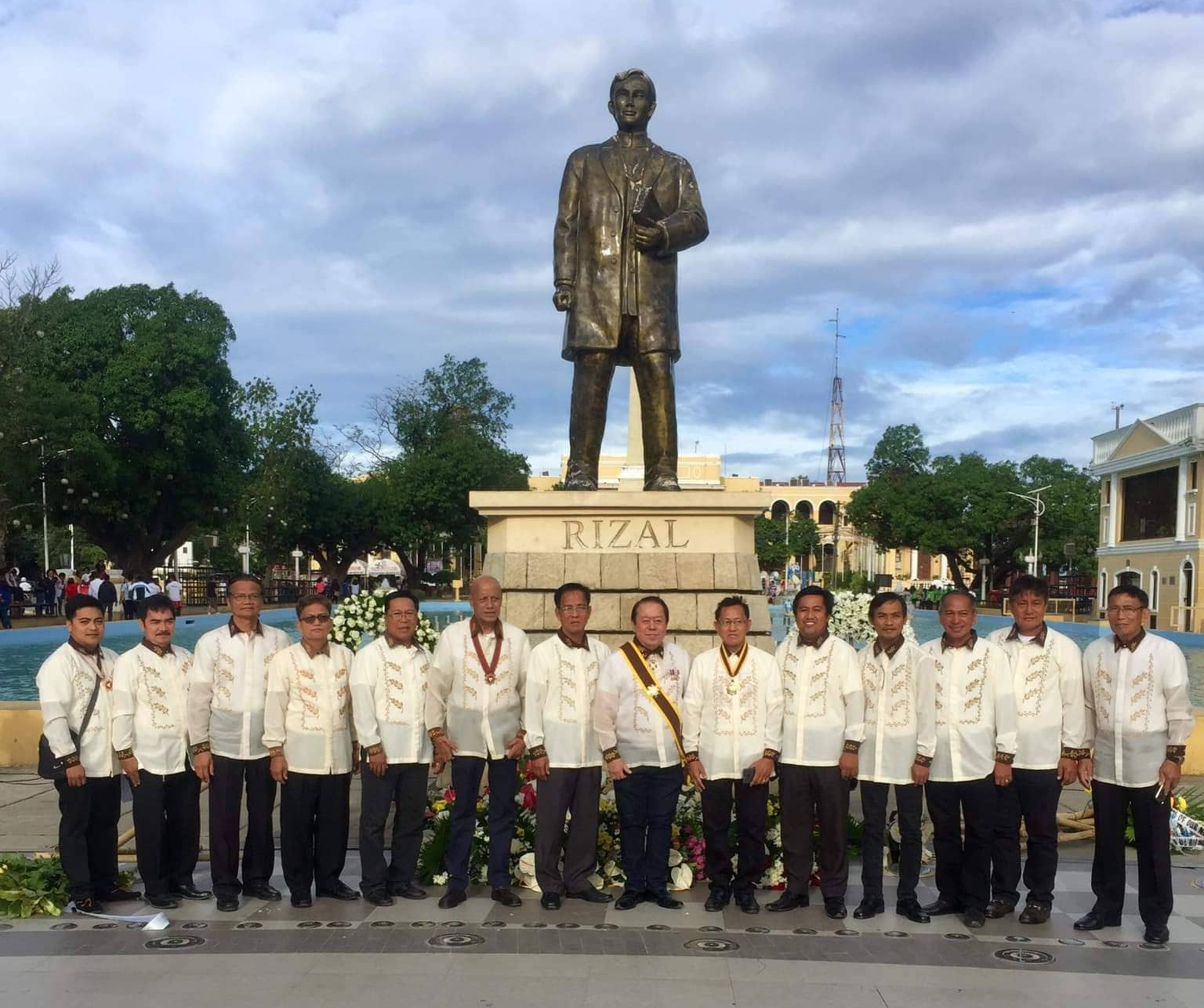 Vice Governor Jeremias C. Singson with the Knights of Rizal during the celebration of the 122nd anniversary of the martyrdom of the country’s national hero at Plaza Salcedo, Vigan City. (photo by PIA1)
by JND/ICR - PIA 1 Ilocos SurPosted on January 7, 2019January 7, 2019

VIGAN CITY – “Here in Ilocos Sur, let us lead fellow Filipinos in asserting the wisdom, and compassion of Dr Jose P Rizal that brought our country to freedom and progress,” said Vice Governor Jeremias C Singson, during the celebration of the 122nd anniversary of the martyrdom of the country’s national hero in this city’s Plaza Salcedo where Rizal’s monument stands facing the Saint Paul Cathedral.

“Nothing should hold us back [from adopting] Rizal’s teachings,” Singson said, because even if Filipinos yearly remember his martyrdom, they do not take full advantage of these teachings.

“Should Rizal be alive today, would he rather choose to be hailed every year or not at all? Chronicles suggest that Rizal opted not to be remembered. He specifically left his last will detailing particularly how his burial should be and that no anniversaries be held years after.”

Singson further expressed that Filipinos must get back to Rizal’s ideals as they deal with various aspects of administration and management in the government and in private enterprise.

“Apparently, his views were used to define the blueprint of federalism, not only in our country, but more so in other countries even prior to our own welcoming of debates and the standards for this federal form of government.”

Singson who in 2016 held the highest position of the Order of the Knights of Rizal in the world, has always led his fellow Knights in the preservation of the memoirs of Rizal. He led the petition for the removal of the tall building that has greatly affected the panoramic view of Rizal Monument at Luneta in Manila, the so-called photo-bomber. Now, he is up for the realization of the Rizal museum in this World Heritage City, a city of museums.

Speaking to government workers, the Knights of Rizal and Rizalistas (all-women Ilocano followers of Rizal), Singson recalls how Rizal’s ideals are followed by those from other countries. At the Kingdom of Saudi Arabia, an Arab business magnate, Ramil Alurki, has employed mostly Filipinos in his company with the sole belief that they are ‘just like Rizal.’

Singson gave the challenge, “May the fuego (fire) that killed Rizal be the same fuego to light up our hearts, to embody his life, works and teachings to once again, make the Philippines great again.”

He hopes that every Filipino, every Ilocano may live as if “Rizal is alive, because Rizal is relevant, and Rizal is us.” (JND/ICR/PIA Ilocos Sur)