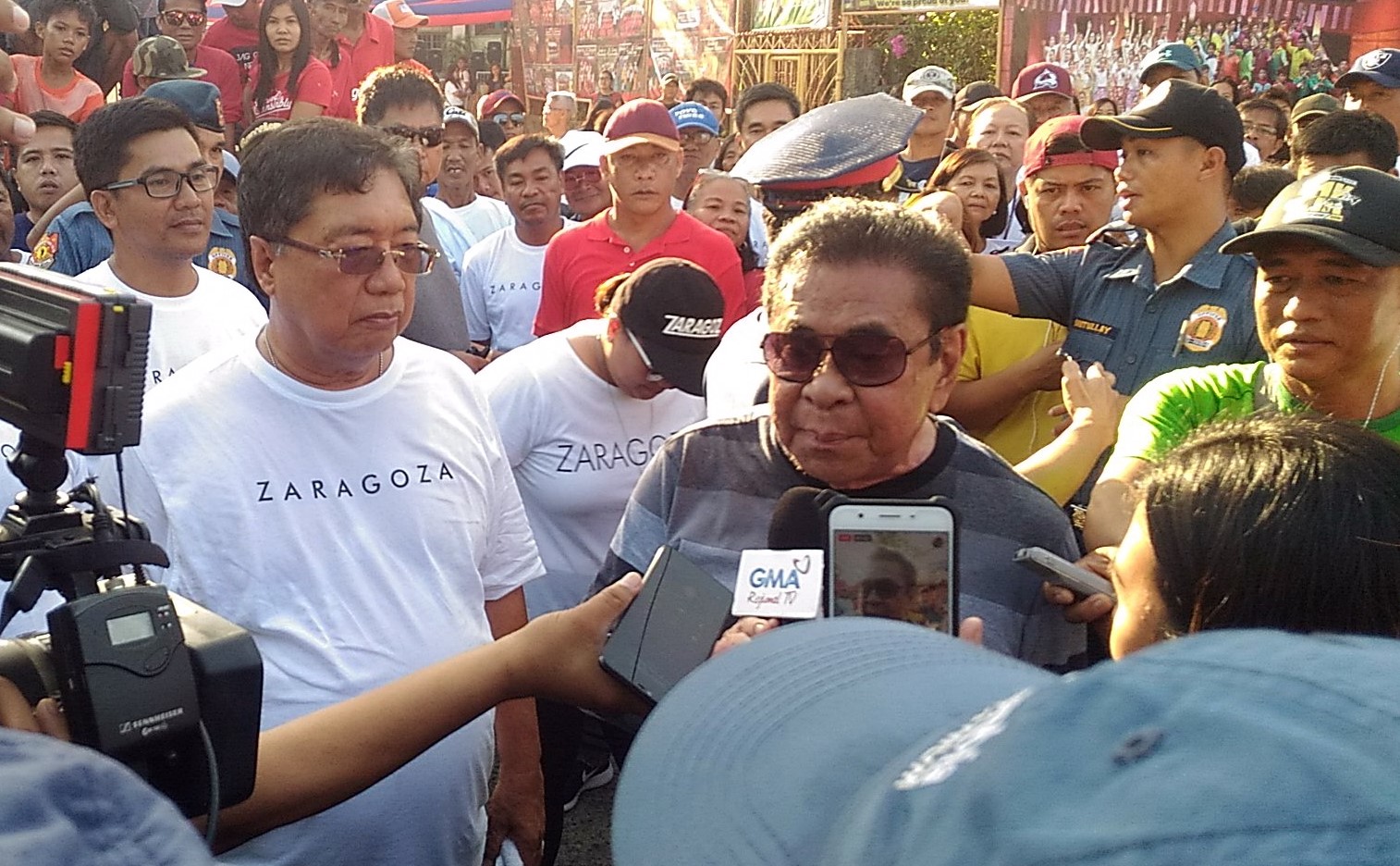 NARVACAN, Ilocos Sur — “That Peace Walk proved to the people that what my opponent has always been saying that I’m bedridden and dying is not true. I am healthy and physically fit to serve.”

This was the reaction of Former Governor and Narvacan Councilor Luis “Chavit” Singson to the allegation of Former Narvacan Mayor Edgar Zaragoza that he (Chavit) is “sickly and dying” during an interview with the media at the Bileg Headquarters here March 25 morning after that historic Peace Walk.

The two will be slugging it out for the mayoralty position in this town this coming May 13.

Singson then went on to lambast the P300 million release last year which he said, “saanda a mailawlawag.”

“There is no transparency, no accountability in the implementation of projects. Narvacan is one of the biggest towns with the biggest funds but there is no new town hall, no new public market. Narban ti Narvacan,” he said.

He also said that once elected, he will go over the records, reiterating his earlier allegations that there are only 5,700 farmers in the town and not 65,000 as “put in record.”

“They will be jailed for this including the councilors who signed. Mabaludda a mabalud,” he said.

On the issue of his residency, he said that once elected, he will be staying in Sulvec for good.

“I will retire in Sulvec which is near the sea. I will also build a hotel there, but they won’t issue me permit to build,” he said.

He also announced that he has put up a foundation for the poor and the needy.

“For our livelihood program, we will also be distributing hogs and chickens per household and provide them with feeds. We will also buy them,” he said.

Thousands of supporters from both sides witnessed the Peace Walk earlier in the morning where Singson and Zaragoza rounded the public market 7 times. The Zaragoza camp came in full force wearing white while the Singson camp wore red. It was also covered by both local and national media.