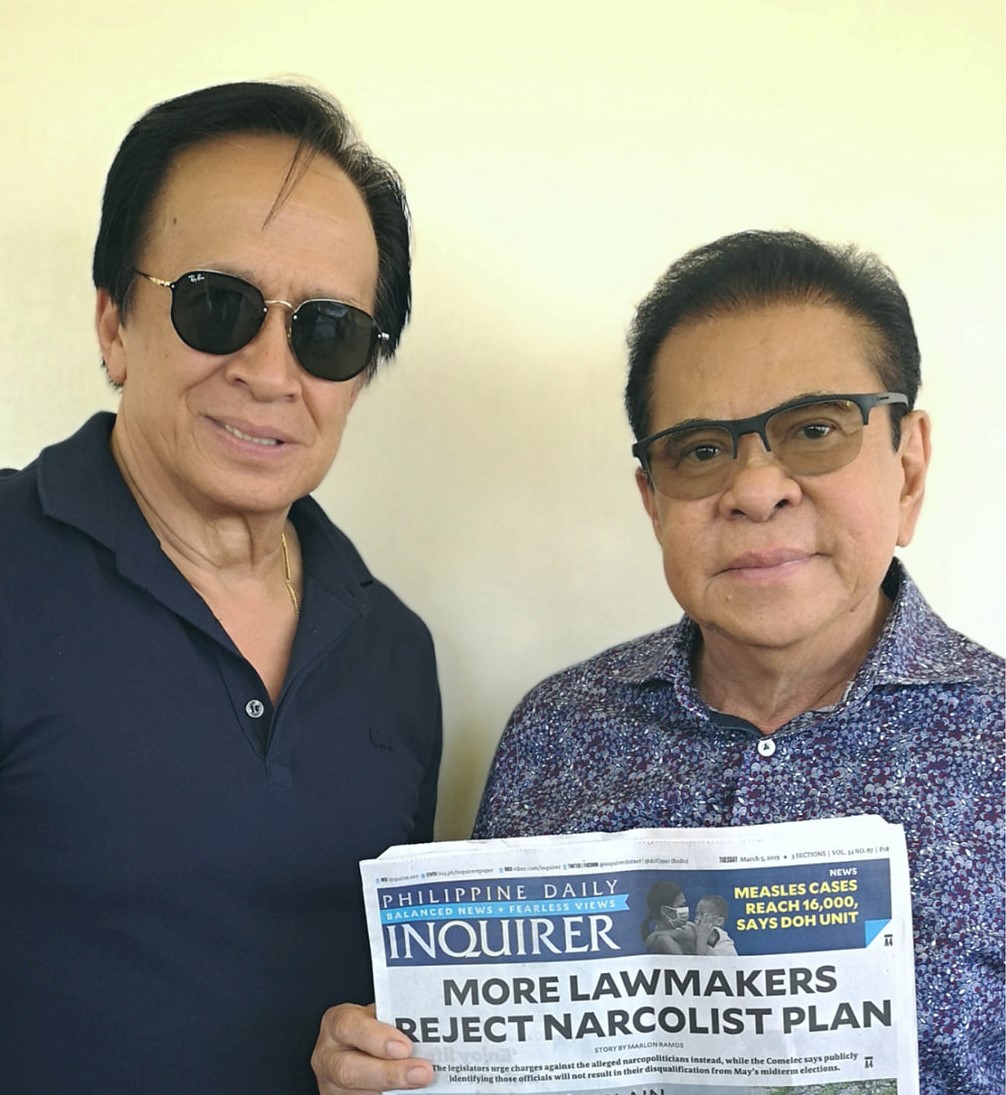 VIGAN CITY — “You cannot choose your birthplace, but you can choose the place to serve.”

This was emphasized by Former Governor and incumbent Narvacan (Ilocos Sur) Councilor Luis “Chavit” Singson in reaction to the “Agawidkan, lakay” political advertisement currently played in radio stations nowadays during an exclusive interview with the Ilocos Sur Integrated Press here over the weekend.

“Wen, agawidakon dita Narvacan,” he jestly said as he criticized the non-existence of a new municipal building and a new public market in Narvacan, questioning where the millions of town funds went especially its millions and millions of RA 7171 funds.

He accused the town administration of misappropriating these funds by declaring that “they are serving and funding 65,000 farmers” when in fact there are only 5,700 farmers in Narvacan.

“How can that be if Narvacan has only 44,000 people as documented by the Bureau of Census? Does that include even those that are yet to be born? Narvacan is one of the foremost recipients of funds particularly from RA 7171 and with this millions of funds, apay a dida mapasimpa ta tiendaan? A good public market is the face of the town and it is the picture of a good economy,” he said.

Singson expressed his confidence that he and his vice mayoralty candidate Pablito Sanidad, Sr. will emerge victorious this May elections and that “history will repeat itself” as the duo were overwhelmingly elected as governor and vice governor respectively in the 70’s.

“I am running as mayor here because as the principal author of RA 7171, I have ill feelings because despite the millions of funds that the town has received, Narvacan has not progressed, no new town hall, no new public market. Comparing it to Nagbukel which is a very small town, Nagbukel has a very big public market. I kept on questioning where all these funds went but they could not provide a concrete answer. They do not even have a concrete program which they should be submitting to the provincial government. They even suspended all Sangguniang Bayan sessions so I could not dig deeper into these,” he said.

In agriculture, he said that he has taken the cudgels of helping the town farmers by distributing modern farm equipment to all sitio and that the feedmill factory in Santa is now buying corn at P17 per kilo, higher than the prevailing price of P15 so as to help all farmers in the province.

Asked on the issue of blacksand mining in the province which started in 2013, he said that “there is no blacksand mining in Ilocos Sur” as Governor Ryan did not like that. Pangab-abbongda laeng ti aramidda dita San Pedro a proyektoda a seawall, but despite the millions of funds coming from Congressman Eric, Governor Ryan and from the DPWH, poste pay laeng ti timmakder,” he said.

On the issue of the battle for the lone congressional seat in the province’s 1st district between incumbent Congressman Deogracias Victor “DV” Savellano and former Congressman Ronald Singson, he said that he is not endorsing anybody.

“DV is my candidate ngem pinasanguanna met ni Mayor Cobangbang diay Cabugao and he (Cobangbang) is our ally. I asked DV to persuade his son DJ to backout so I could have asked Ronald to withdraw, too, but he did not, isu a laban lattan. I will not endorse anybody, saanak bumibiang, makaammon dagiti mayors,” he said.

As President of the Councilors League of the Philippines, he announced the building of a permanent councilors’ hotel in Manila as a permanent venue for all meetings as he has transformed the league into a productive one, gaining more than P30 million since he became the league president. He also said that Mislatel, winning telco company to put up a 3rd telecommunications network in the country has exclusive contract with him.

“We will be putting up more than 50,000 cellsites in the country. We can do this because we have our own factory for fiber optics,” he said.

A former congressman, Singson authored RA 7171 otherwise known as the Tobacco Excise Tax Law which has transformed Ilocos Sur, Ilocos Norte and la Union into first class provinces. He is also widely-recognized as turning Ilocos Sur into a peaceful province by neutralizing all saka-saka groups in the 70s who were then terrorizing the people.