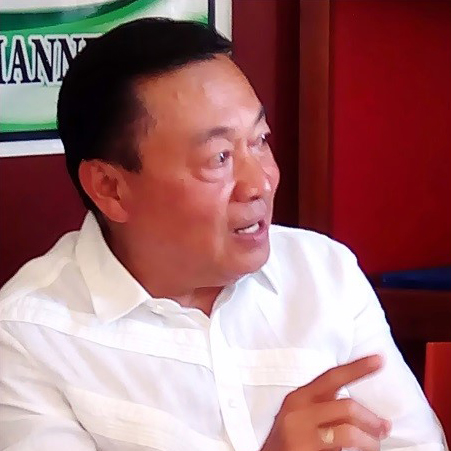 VIGAN CITY – Some 150 Ilocos Surians and their families from Hawaii will join the Global Homecoming this February in celebration of the province’s Bicentenial Anniversary, said Former Hawaii Congressman Felipe “Jun” Abinsay during a media forum segment at the Mario Albalos Memorial Library in Cabaroan Laud here this weekend.

“Our presence here (delegation) is a planned trip for over a year, and this homecoming must result in a continuous reunion so we can work more for the development of our province, even beyond this global homecoming” he said.

Abinsay heads the Ilocos Surian Association of Hawaii that conducts a regular medical mission in the province.

“Aside from our regular medical mission, the association will also confer the President Elpidio Quirino Leadership Award to Hawaii migrants Maria Etrata, a philanthropist and Amado Yoro, a trilingual writer and in the province, to Former Governor Luis “Chavit” Singson and Congressman Deogracias Victor “DV” Savellano. The first recipient of this award is Vice Governor Jerry Singson,” he said.

Vice Gov. Jerry is considered the “Father of Medical Mission” in the province of Ilocos Sur.

He also said that in the Kannawidan celebrations, the association will also sponsor a singing contest dubbed as “Search for Ilocos Idol” where the contest piece must be an Ilocano song.

“And yes, we will also field a very beautiful and brilliant candidate from Candon in the Search for Miss Saniata Ilocandia,” he said.

Part of the forum focused on Mario Albalos, Abinsay’s cousin, and probably the greatest Ilocano writer ever produced by the province.

“Mario started his sterling writing career as editor of The Dove of Ilocos Sur National High School, then for The Quezonian in college where he became an activist,  joined the US Navy, became Hawaii’s Most Outstanding Writer, was recognized by GUMIL Hawaii for his award-winning dramas, recognized as navy storekeeper 1st class,  became a Thomas Jefferson Award recipient for his prize-winning short stories, drama, poems and novels both in Hawaii and in the Philippines through Bannawag Magazine, organized MARINERO which funded budding Ilocano writers in Ilocos Sur and wanted to enter politics,” he said.

He said that Mario’s love story with Jenny Alcausin, a pretty lass from Cabaroan Daya is one of a kind, for it went on even beyond the death of Mario through Biblioteka ni Ayat (Library of Love) now standing at Cabaroan-Cabalangegan Elementary School called the Mario Albalos Library, built by Alcausin herself and where the Kapihan forum took place.

The library now contains — aside from computers, book references and encyclopedias — Albalos’ literary works, his navy memento, his life story depicted in pictures and his adventures and awards as a US Navy and as a civic leader.

Asked on his idea of the possible shifting of the government from republican to federal form, he said that it is now the primary duty of the province’s representatives to weigh the matter thoroughly and the discussion must focus on the welfare of the people.

“Federalism empowers the provinces, for most of the province’s revenues will be retained, but I’d rather not give a judgment and leave the matter to our legislators,” he said.