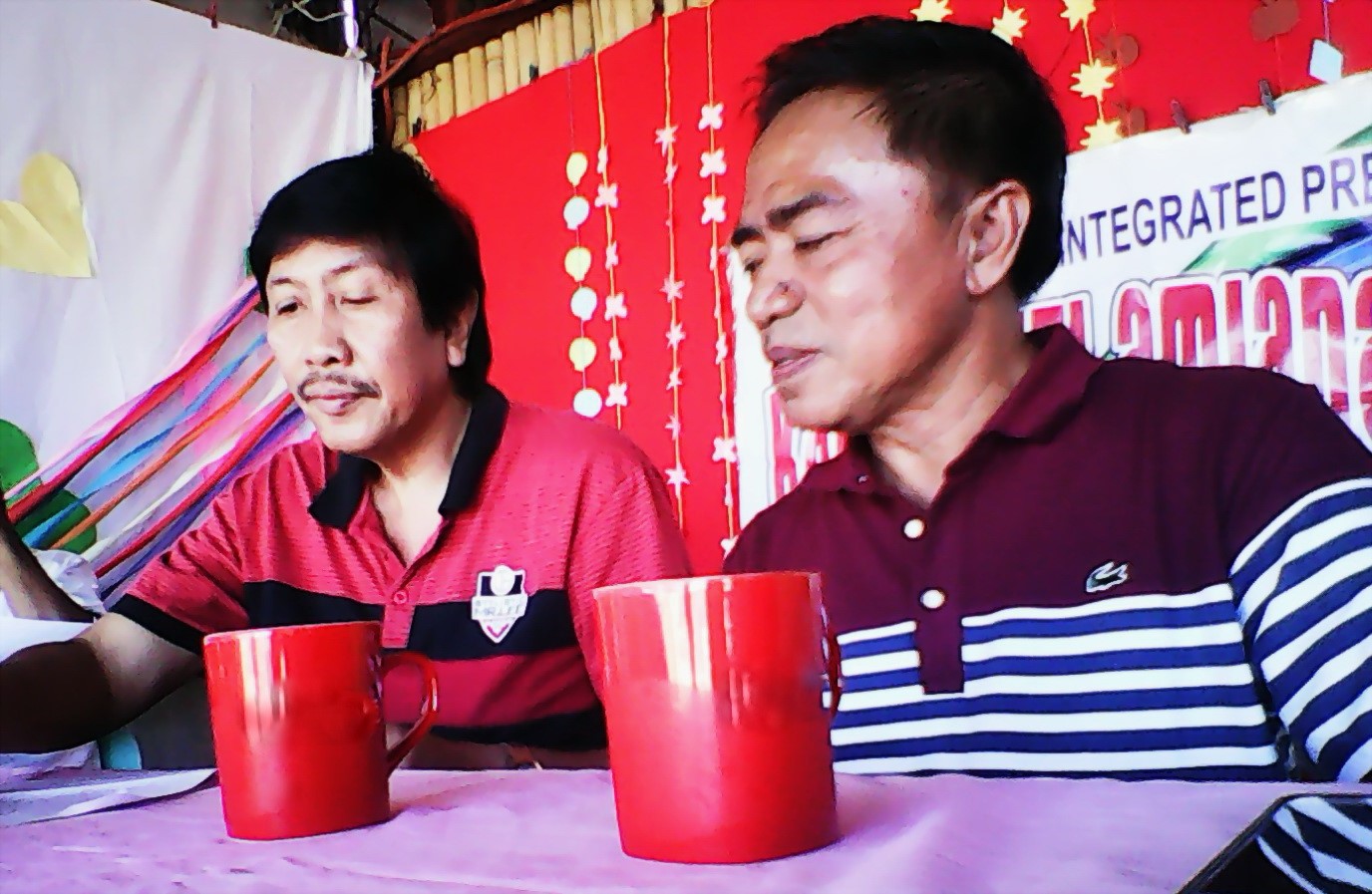 READY FOR 2019. Former Sinait, Ilocos Sur Vice Mayor Amador Macugay (right) expresses his views on certain issues during a press interview over the weekend through moderator Ben Pacris (left) of the Ilocos Sur Integrated Press. (photo by Edward Antonio)
by Edward B. AntonioPosted on November 12, 2018January 20, 2019

SINAIT, Ilocos Sur – Former Vice Mayor and Municipal Engineer Amador Macugay, who is running independently as vice mayor of this town, expressed his support for the municipal government’s plan of reviving the town’s project to transfer the old public market from its present site along the national highway to Barangay Barikir in order to ease traffic there during market day.

“This was our Plan B before and I think it’s high time that we have a new public market in Sinait. Our proposed Plan A then was to build a bypass road connecting Sinait and Badoc (Ilocos Norte),” he said during a Kapihan Iti Amianan media forum held at his restaurant in Barangay Jordan here over the weekend.

In Plan B, he said that those whose lots will be affected in Barikir will be given incentives such as priority to occupy a business stall, stall occupancy discounts or free occupancy as the case maybe.

He also said that in 2011, the Sangguniang Bayan came out with an ordinance allocating 10% of the annual RA 7171 funds to go directly to the tobacco farmers and it’s up to the farmers’ federations now to claim what is rightfully their own.

Asked on the status of garlic business in the town which is competing with imported ones, he said that what is needed is coordination with local and national authorities “with political will” to contain garlic smuggling.

“As the Garlic Capital of the North, Sinait has become a primary trading center and this industry should be protected,” he said.

“We need new technology in design and planning. When I was there, we were only two; we lacked men and equipment. We need a strong engineering office to make a master development plan,” he said.

As the only leader supporter of President Rodrigo Duterte in 2016, he said he will be running again to support the president’s anti-corruption and anti-drug campaign.

“In our present state, I think we are losing 35% to 40% of our project funds to corruption and so we need to help the president,” he said.

He also said that he is optimistic in winning this time “if there will be no rampant vote-buying.”

“In the last elections, my campaign fund was only P300,000 whereas other candidates spent P15 million to P20 million. Siak siguron ti kapobrean a kandidato (I am probably the poorest of all candidates),” he said.

He said that when he was municipal engineer, he did not compromise his position to favor certain groups even to the extent of receiving death threats and other forms of pressure.

He also welcomed the idea of renovating or expanding the municipal hall depending upon the approval of the local chief executive.

Macugay, who was municipal engineer from 1989 to 2010 and vice mayor from 2010 to 2013, will be running independently under the National Unity Party (NUP). He served as municipal engineer during the administration of Mayors George Cabacungan, Edgar Yabes and Marlon Ines. He ran for vice mayor position in 2016 but lost. (Edward B. Antonio)