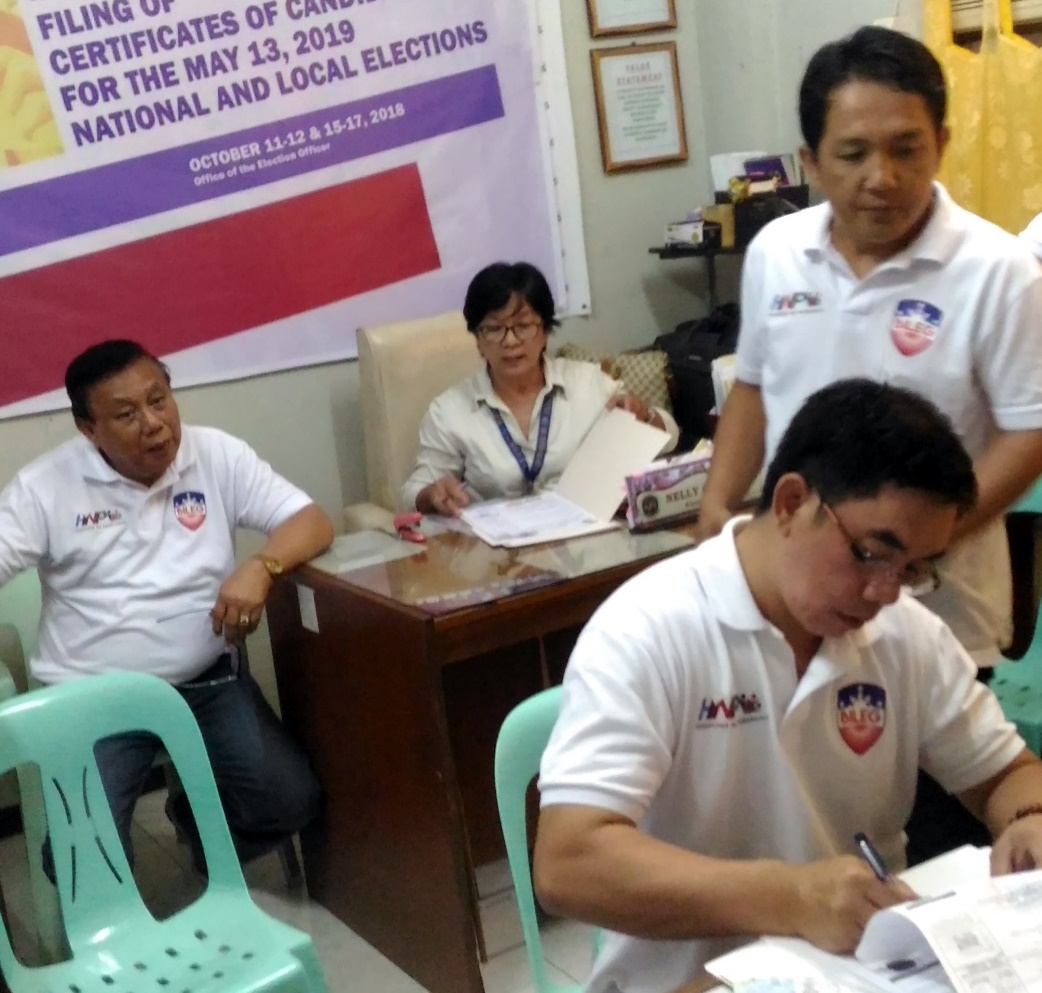 GALIMUYOD, Ilocos Sur – Mayor Juanito Balingsat of this town refuted his political enemies’ accusations of graft and corruption, saying he has already been cleared by the Ombudsman for lack of evidence.

This he vehemently declared during a Kapihan Iti Amianan media forum at his office over the weekend, saying he had been wrongly accused over the radio and in the social media and that this would be his time to air his side.

“All of those charges were fabricated. Our works here in Galimuyod are clean. It is not true that our RA 7171 funds of more than P380 million are not properly spent,” he said.

He said that the funds are being spent for the betterment of the farmers in the form of fertilizers, tractors, threshers, water pumps and sprayers through the municipal government’s supplier, Lakas Agritex.

“There were 2 big threshers, 2 tractors, 300 water pumps, 2000 sprayers and other equipment purchased for our farmers, no overpricing. My detractors accused me of making money to as much as 35% out of these purchases, but all the records are here, and they would prove that I am innocent of these charges as proven by the Office of the Ombudsman,” he said.

The outgoing mayor, who said he will be relinquishing (again) his position to his son, Jessie, also a former Galimuyod mayor, expressed optimism that before December this year, his town shall have been declared as a drug-free municipality.

“We have 112 drug surrenderers and so far, they have not returned to their former selves,” he said.

He also said that “budong,” a native court to settle disputes and grievances is still alive and that the development of the tourist attractions of the town is a priority of the municipal government.

“For the meantime, I will help in my son’s candidacy so he can continue my advocacies for the betterment of my townmates,” he said.

Photo: LIKE FATHER, LIKE SON. Mayoralty candidate Jessie Balingsat of Galimuyod (right) signs his Certificate of Candidacy as his incumbent mayor-father, Juanito (left) accompanies Team Bileg to the Comelec office, Oct. 16. Looking on is reelectionist councilor Roy Trinidad. The younger Balingsat, a comebacking local chief executive, is also Galimuyod mayor from 2008 to 2016. (photo by Edward Antonio)