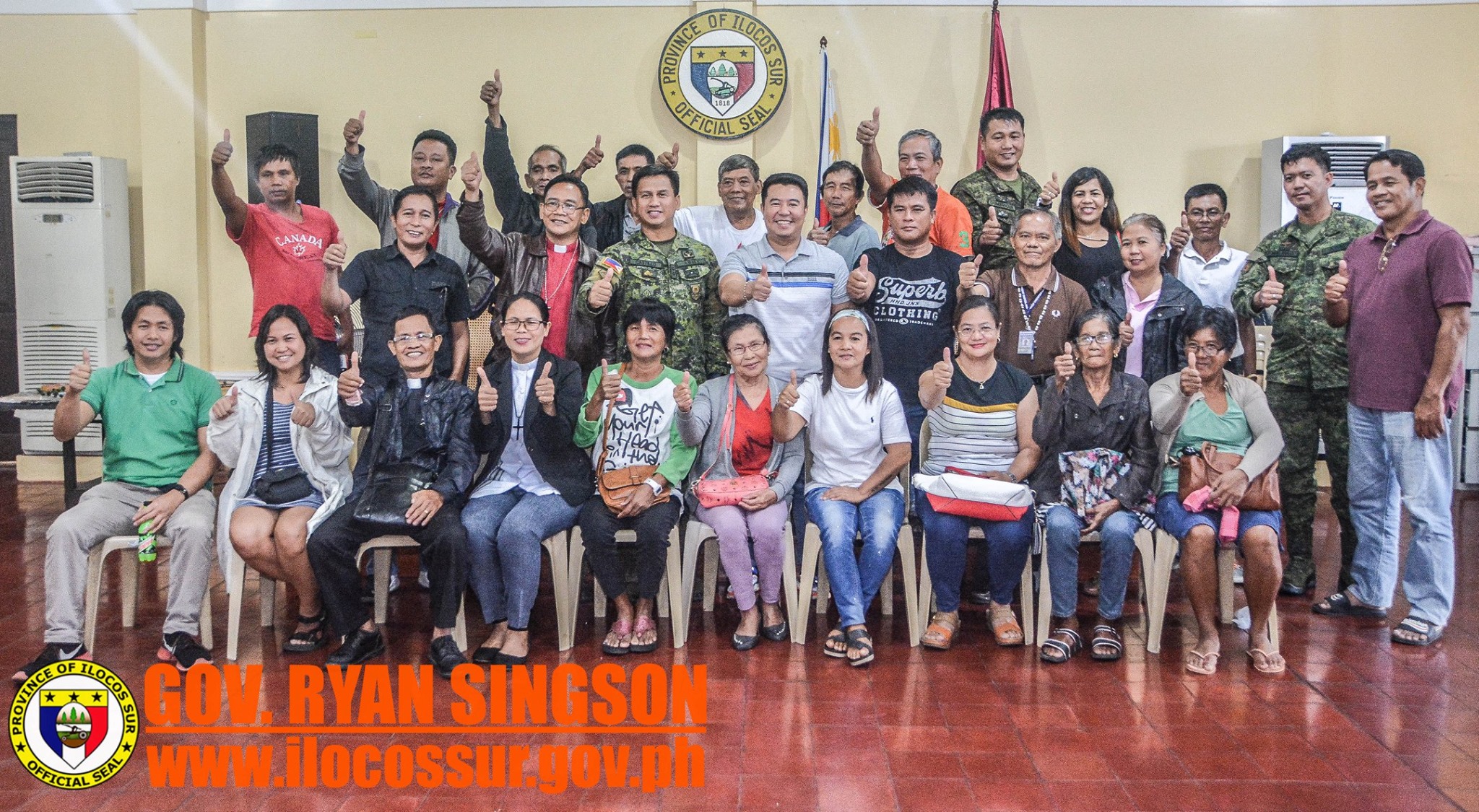 BAGUIO CITY — Ilocos Sur Gov. Ryan Singson hosted a dialogue between representatives of at least two Christian denominations in the province and officers of the Philippine Army 81st Infantry Battalion at the Ilocos Sur Provincial Capitol on August 9.

The dialogue was held to address the “fear and distress” felt by the church members, lay leaders, and pastors due to the frequent presence of military personnel in their churches for the past months.

Rev. Jun Paplonot, Conference Minister of the United Churches of Christ in the Philippines North Luzon-Amburayan Conference (UCCP NLAC), explained that the UCCP collaborates with different sectors and communities as part of their social and moral responsibilities.

“We don’t just pray and worship but be part of the lives of the people. We cover justice, peace, the integrity of creation and ecumenism,” he said.

But recently, UCCP NLAC was alarmed over the unannounced and regular visits by personnel from the 7th Civil-Military Operations (CMO) Company to several pastors who are actively involved in social and environmental concerns.

Rev. Fr. Ferdinand Lacanaria of the Iglesia Filipina Independiente (IFI) also expressed his disappointment with the military for not being “truthful” about its intentions in visiting him. Lacanaria was reportedly the first IFI priest in Ilocos Sur visited by soldiers.

The military previously donated an electric fan for the church, but Lacanaria grew worried when soldiers started asking about the plans of the Ilocos Human Rights Alliance (IHRA) and its members.

“I opened the church to you without reservation but all the while, you were there to monitor my activities and organizational affiliations,” he said. He noted that even his altar boy has expressed fear after a soldier took his cell phone number. He demanded the military to stop coming to his church.

Antonino Pugyao, chairperson of Solidarity of Peasants Against Exploitation (Stop Exploitation), asked the soldiers present to stop “red-tagging” their members, and forcing them to “surrender” and take the “oath of allegiance” as if they have broken the law. He said the governor can attest that their organization works and engages with the government for the welfare of the farmers.

Lt. Col. Charles DZ Castillo, Commander of 81st Infantry Battalion, explained that the visits by military personnel is part of their job ensuring peace and security in the communities. He reasoned that all their activities are coordinated with the local governments. He presented the village chiefs of Tablac and Bugnay in Candon City to give testimonies on the assistance the military gave during their community support program.

Castillo also appealed to those present not to call the soliders who visit communities and churches as intelligence officers out of concern that rebel operatives might target his men.

He gave his assurance that if the communities and churches do not want their presence, then they would not come.

Rev. Marcela Sacayle of the Office of the Bishop of the UCCP North Luzon Jurisdiction (NLJ) said that the military is welcome to attend their church, but they should seek the bishop’s permission before taking part in church programs and activities.

According to Provincial Administrator Cara Michelle Tabios, Gov. Singson called for the dialogue to clear the issues between his constituents and the military. She said the governor emphasized the need to respect each other’s work and beliefs, and assured the complainants of their safety.

Tabios added that the provincial government of Ilocos Sur is always open to receive and hear complaints of human rights violations and to facilitate talks between leftist groups and the military. ●