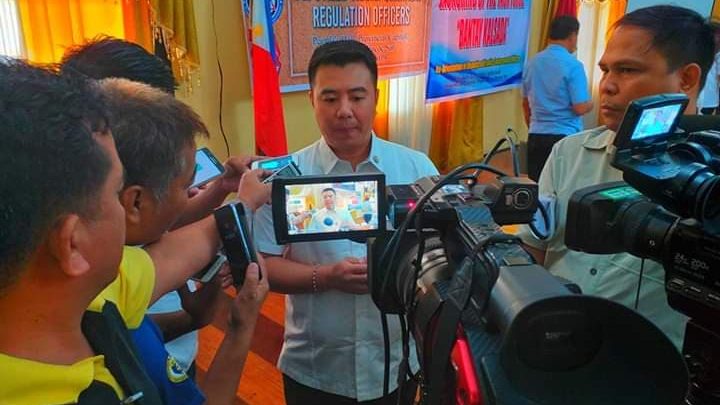 VIGAN CITY — True to his commitment in eradicating corruption in this Heritage Province, Gov. Ryan Luis Singson issued a stern warning against mulcting policemen (kotong cops) during the Re-Launching of Task Force Bantay-Kalsada.

Speaking during the ceremonies at the People’s Hall, Provincial Capitol, Vigan City, Singson reiterated his tough stance against policemen involved in illegal activities while doing their functions in implementing the national, provincial and municipal ordinances on traffic laws.

The president of the National League of Governors of the Philippines said that he will unceremoniously remove anyone who is involved in extortion activities.

He said, he will not tolerate nor allow any uniformed authority to be involved in any illegal activity citing the unceremonious termination of CIDG agents in the province.

The governor recently sought the overhaul of the entire provincial CIDG unit including the removal of the provincial director of the Ilocos Sur Police Provincial Office (ISPPO) due to several complaints from businessmen about agents who allegedly demanded money from their establishments.

Provincial Legal Officer, Atty. Gigi Tesoro, during a press conference said this led to the filing of eight criminal cases against erring CIDG personnel while Gov. Singson called on the public to come out and file complaints as there maybe others who were victims of the extortion activities.

“Dayta extortion, never a kayatko a mangngeg wenno maammuan kadagitoy Task Force-tayo,” the governor said during the Re-Orientation Seminar for the Deputized Transportation Regulation Officers. The governor warned that one-strike policy will be meted against uniformed officers involved in extortion activities.

With the re-launching of Task Force Bantay-Kalsada, the governor expects that it will minimize road accidents especially in Vigan City. However, he clarified that the provincial government will not assist erring motorists if they get caught or figure in an accident.

With the launching, stricter and tighter implementation of traffic laws are expected on all major cities and towns in the province.

Priorities for implementation are RA 10054 or the Motorcycle Helmet Act adopted by various municipalities through the No Helmet, No Travel ordinance; RA 10913 or the Anti-Distracted Driving Act; RA 8750 or the Seatbelt Law; the Anti-Overloading ordinance and other related ordinances.●