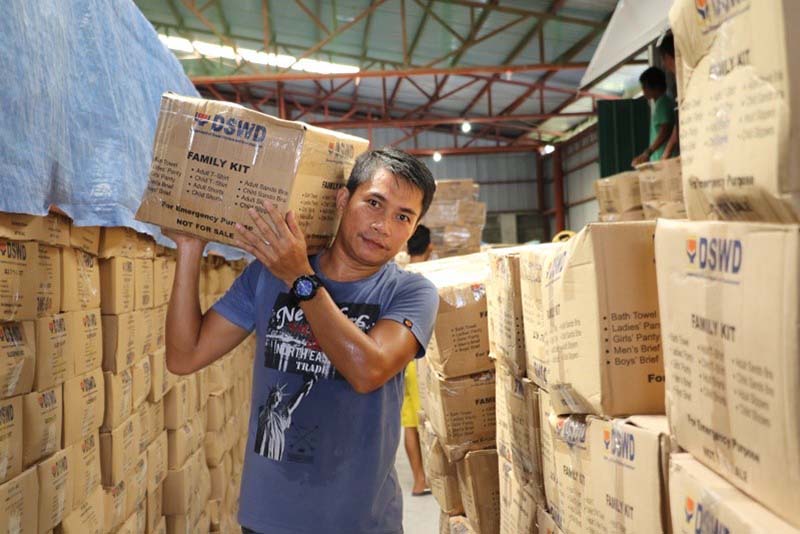 Eduard is one of the 165 volunteers in La Union in repacking Family Food Packs (FFPs) at the Department of Social Welfare and Development Field Office 1 (DSWD FO 1) Regional Warehouse in Brgy. Biday, City of San Fernando, La Union. He consistently and selflessly offers his time for DSWD Relief Operations since the past typhoons in the last two months.

“Iniisip ko ang kapakanan ng mga taong nasalanta ng bagyo kaya naman hindi ako naghihintay ng anumang kapalit (I think of the welfare of the typhoon victims, so I do not expect something in return),” he added.

Though DSWD gives one FFP in exchange of the eight hour disaster duty of the volunteers, Eduard insisted not to receive his and even exceeded the required number of hours.

DSWD FO 1 considers volunteers as partners in responding to typhoon victims.  Eduard satisfies such as he chose to exhaust his energy for those who are weary and weakened because of the wrath of Typhoon Ompong. Thus, DSWD considers him as a trusted volunteer who delivers with minimal supervision and makes sure that all FFPs are complete and packed with quality.

Before being a certified volunteer, Eduard underwent a two-day training. This training equips the volunteers with skills for them to become responsive. It also serves as their orientation on DSWD Mandates on Disaster Relief Operations. (Jaesem Ryan A. Gaces, Pantawid Pamilya Information Officer)