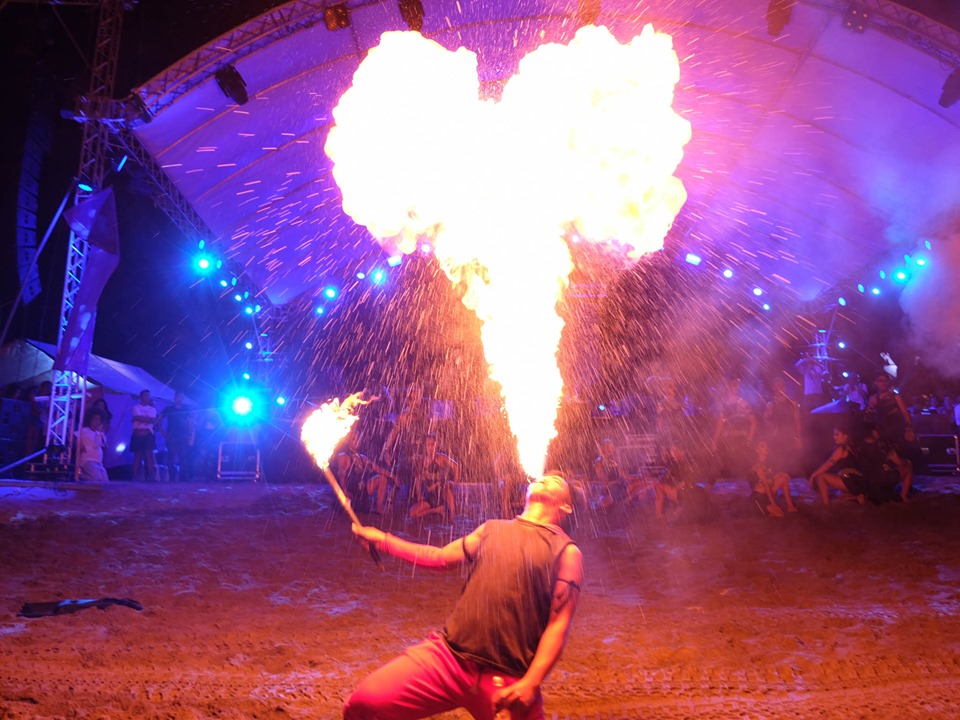 HIMALA SA BUHANGIN 2019. An artist breathes fire during a performance at the “Himala sa Buhangin!” festival held in Paoay, Ilocos Norte last April 30. Himala is an annual event that features installations by Ilocano artists, and a variety of performances from local and national bands. The provincial government of Ilocos Norte reports that the festival was attended by over ten thousand people, making this year’s event the biggest in attendance since it started in 2012. (photo by PGIN-CMO)