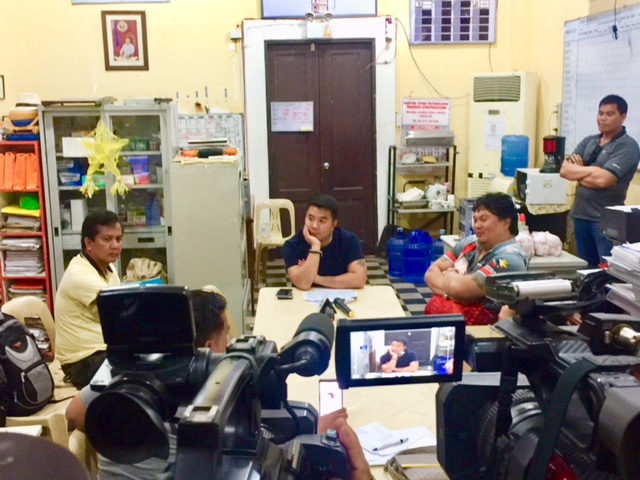 This was revealed after an emergency press conference held at the Provincial Disaster Risk Reduction and Management Office (PDRRMO) at the Provincial Capitol during the preparations of the province for Typhoon Rosita that threatened Northern Luzon last week.

The governor made the opportunity to announce the order in response to a fire that razed a school building in Santa, Ilocos Sur recently.

The governor said he plans to talk to Vice-Governor Jeremias Singson and the rest of the Provincial Board about the possibility of passing his EO as an Ordinance.

Governor Singson said he also plans to talk to the Department of Education and the DPWH for new school buildings to be provided with fire safety equipments.

Governor Singson further added that he will to talk with the Bureau of Fire Protection about providing firetrucks to municipalities that do not have them.

Based on the local BFP’s investigation, the fire in the school building in Santa was caused by faulty electrical wiring.

To fastrack the school’s rehabilitation, Governor Singson committed to use the P7M cash reward received by the provincial government from the Department of Interior and Loval Government (DILG) for winning the Seal of Good Local Governance.

The province is set to receive the cash award on November 6, 2018 from the DILG. (Omar Anthony T. Aquino)