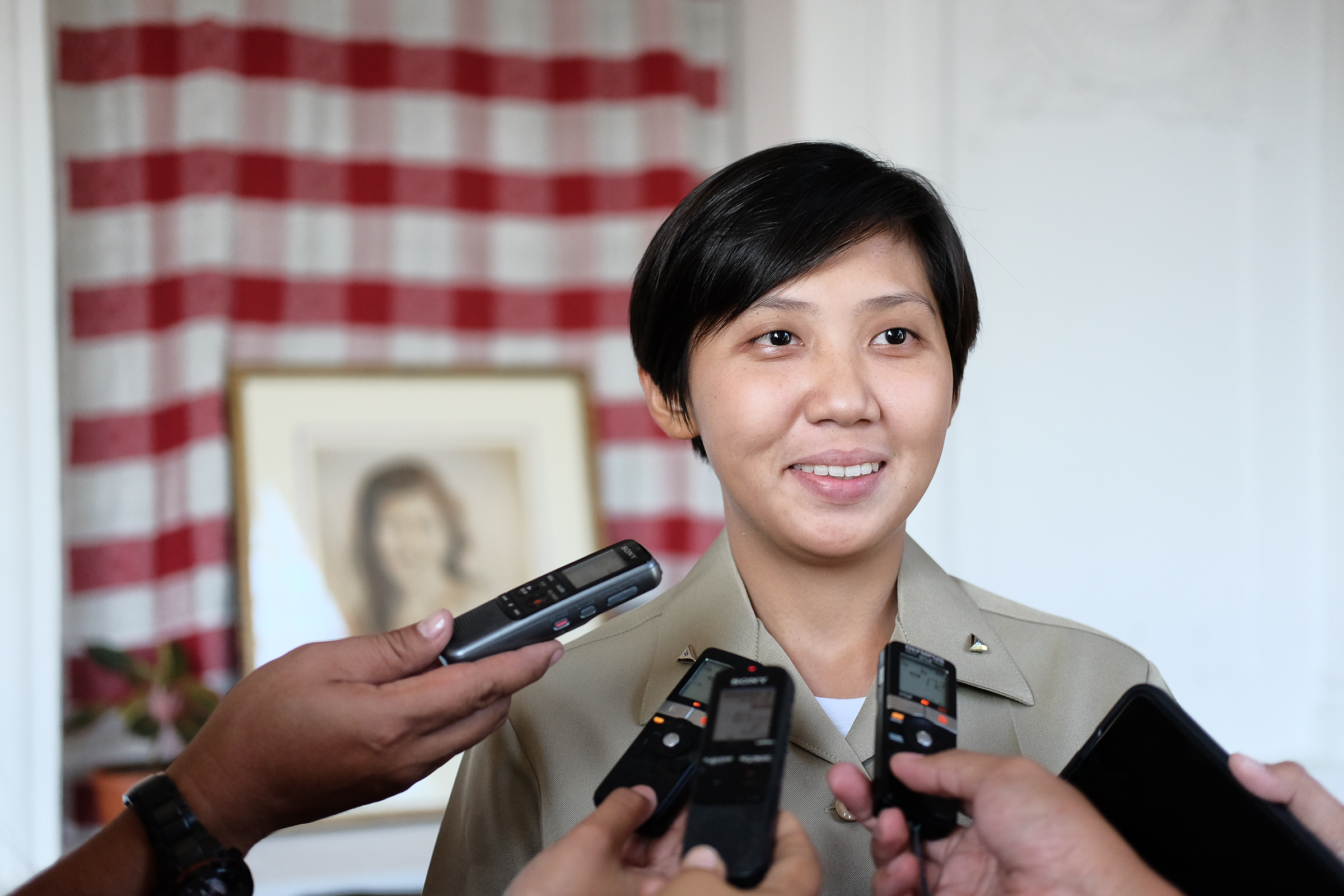 She shared that it was her parents who encouraged her and her brother to pursue a military career, particularly beginning with the PMA.

Aguilar is the first in the family who finished a military education. The siblings entered the PMA together, but her older brother fell almost a year behind due to a six-month medical leave. He is to graduate next year.

Nevertheless, it was during their military training that she and her brother proved “blood is thicker than water.” Aguilar also shared that at tough times, their parents would send them letters of support and encouragement.

Having a degree in hotel and restaurant management (HRM), major in cruise management, Aguilar has a background in the maritime industry. Hence, she has chosen to join the Philippine Navy.

She had intended to study at PMA right after finishing high school at the Divine Word College of Laoag (DWCL), but had been below the age limit at that time. So as not to waste any time, she enrolled at NWU and unexpectedly enjoyed the HRM course enough to finish it.

Soon, she will be undergoing a six-month basic naval officer course, after which she will be deployed for the service.

She hopes that other youth, especially Ilocanos, are inspired to pursue their dreams even if they seem unattainable.