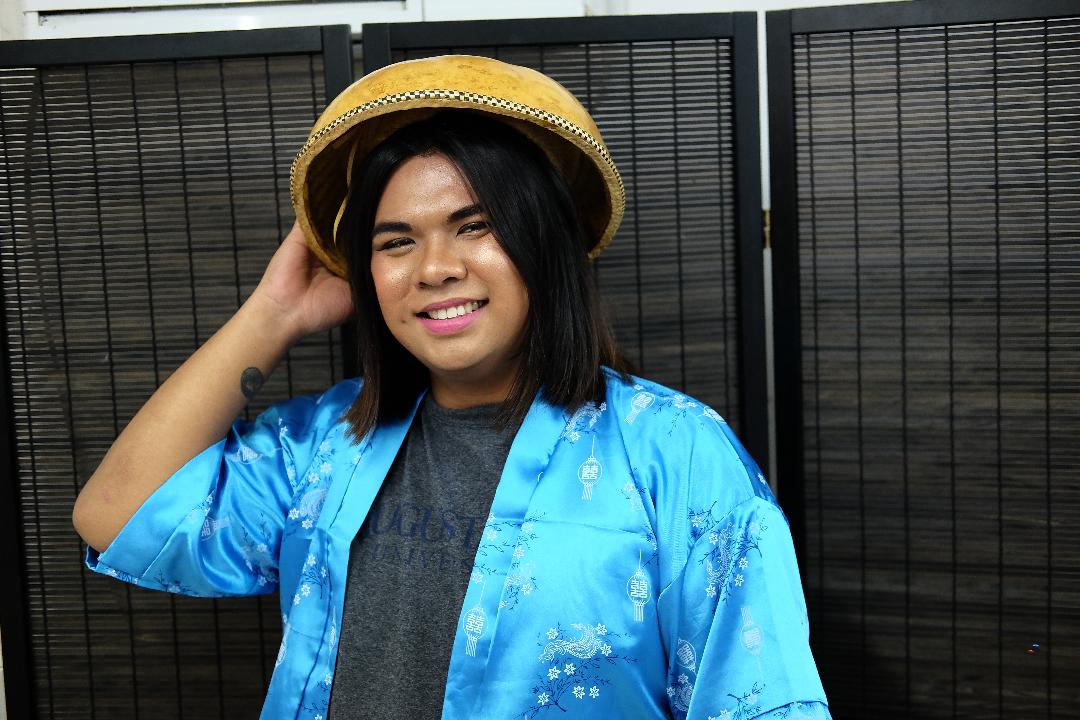 LAOAG CITY – “If you already know who you are, don’t be afraid to tell everybody who you really are,” says Patrick John “PJ” Quitoriano, a member of the LGBTQI+ Community.

LGBTQI+ stands for Lesbian, Gay, Bisexual, Transgender, Queer or Questioning, and Intersex, which emphasizes the diversity of sexuality and gender identity-based cultures.

“Knowing the context here in the Philippines, when you are a member of the LBTQI+ community, it feels like you’re just an option, and people’s opinions cannot be controlled.”

Quitoriano shared that growing up, she felt attracted to both males and females, giving her and other people numerous doubts and difficulties with her identity and relationships. Now that she is older and more mature, she has established that she is transgender and attracted only to the same sex.

Despite the struggle with her sexual and gender identity, Quitoriano did not allow these to hinder her from pursuing leadership experiences and harnessing her potential as a student at the Mariano Marcos State University.

As a college freshman, she ran for and was already elected as a Student Council officer at the College of Arts and Sciences. By her third year, she had become president of the University Student Council. However, the term and academic year were cut short as she was chosen for the Global Undergraduate Exchange Program of the Fulbright Philippine-American Education Foundation. Thus, she spent January to May 2018 at the Augustana University in Sioux Falls, South Dakota.

She shared, “It was not easy to get into the program. Students from different schools in our country became my competitors during the examinations and interviews. After that, we competed with students from the United States, too.”

At the end of these challenges, she was selected as one of the six finalists and then finally among the four scholars coming from the Philippines.

“I sacrificed my academics in school and my office as the President of our University Student Council when I studied in the States, especially with the fact that I would get delayed for graduation,” Quitoriano said.

Quitoriano not only became an active student leader, but also involved herself with external organizations. She became the Sirib Ilokano Kabataan Association (SIKA) vice president for administration and later chaired the SIKA-Pagudpud Local Commission. Recently, she was appointed chairperson of the Commission on Social Services at the Philippine Model Congress (PMC) last June 2-3 at the Philippine Senate.

Now back in Ilocos Norte, Quitoriano is determined to uphold her commitment to fostering an accepting and diverse environment for all youth in Ilocos Norte, backed by her experience as a transgender Fulbright scholar.

“When I was in the US, there was real diversity. In terms of gender, they respect you a lot.”

It was there that she learned not to care about nor get affected by other people’s opinions, gaining more confidence in her sexuality and gender identity.

Thus, she advises those in similar situations, “If no one else knows your true identity, you cannot be genuinely happy with your life and with what you do. Come out and just be true to yourself.

“As a member of the LGBTQI+ community, don’t ever think about yourself as inferior to other people. You are not inferior. We were born with equal rights and equal opportunities. It’s just that you don’t have the same gender preference. Fight for your rights and have self-respect, because this will lead to a ripple effect and others also will treat you with the respect you deserve.”