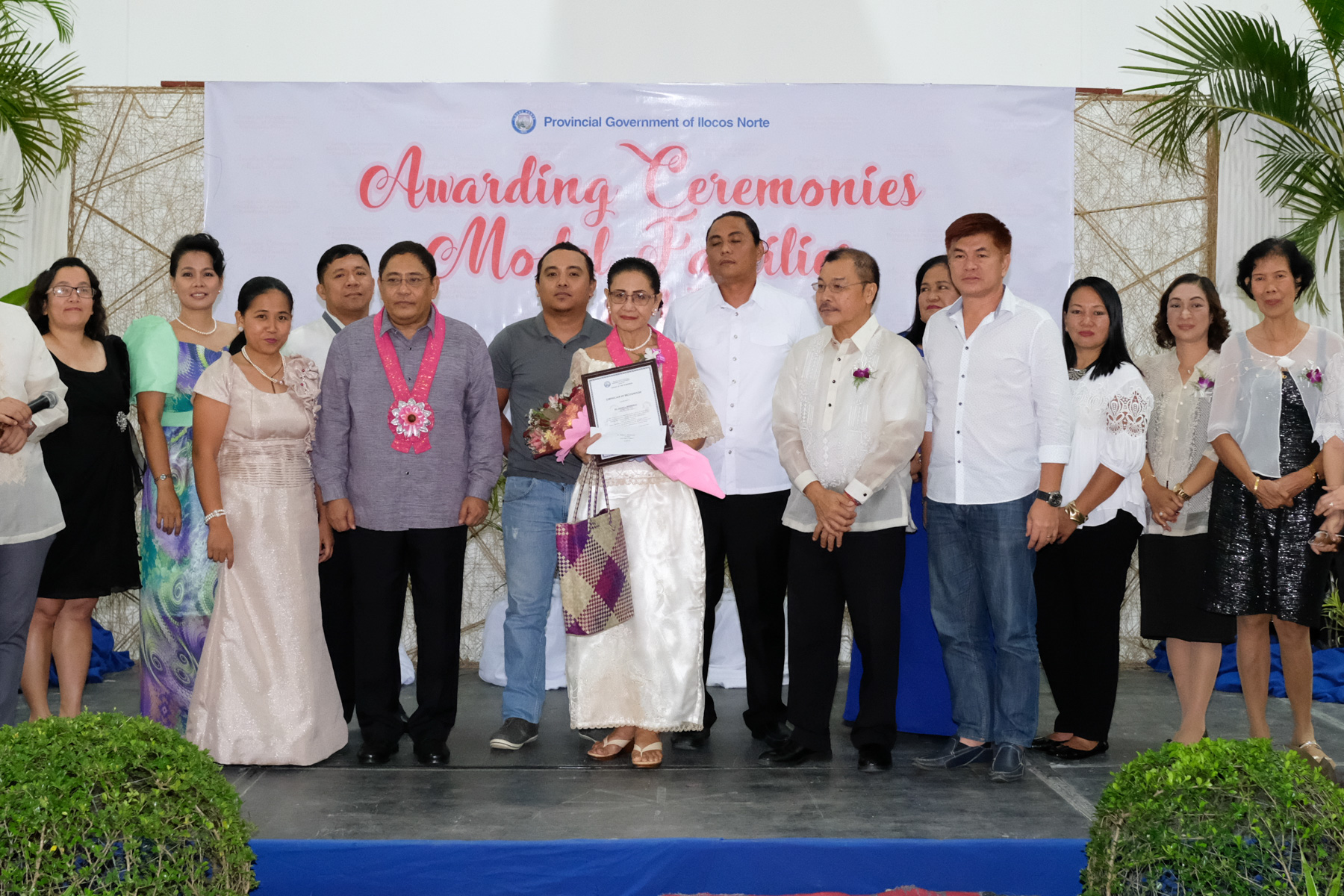 LAOAG CITY – The Provincial Awards and Screening Committee (PASC) for the 2018 Model Families, led by the Ilocos Norte Gender and Development and Women’s Desk Office (GAD-WDO), has already begun visitation and evaluation of candidates.

Specifically, the awards program aims to recognize families that uphold positive Filipino values while placing great concern on the management of their resources, including the environment. The GAD-WDO thus hopes to encourage greater unity and relations among finalists, who may be considered role models.

Meanwhile, others in the PASC are evaluating families’ contributions to the environment (Provincial Environment and Natural Resources Office) as well as investigating the records of family members’ law abidance (Philippine National Police). The Department of Education (DepEd) is also verifying academic records and achievements.

The rest of the screening committee include the Sangguniang Panlalawigan (SP) with Atty. Juan Conrado A. Respicio II as chair of the Committee on Women and Family Welfare; the Department of the Interior and Local Government (DILG); the Office of the Provincial Agriculture (OPAg); the Provincial Social Welfare and Development Office (PSWDO); the Provincial Health Office (PHO); the OFW Desk; and a non-government organization (NGO).

Evaluation throughout the province is on-going until August 24, while the awarding ceremony is scheduled for September 28.

It will highlight the celebration of National Family Week, mandated by Presidential Proclamation No. 60 dated September 28, 1992. This would also coincide with the Marcos Fiesta in Ilocos Norte. (PGIN CMO)