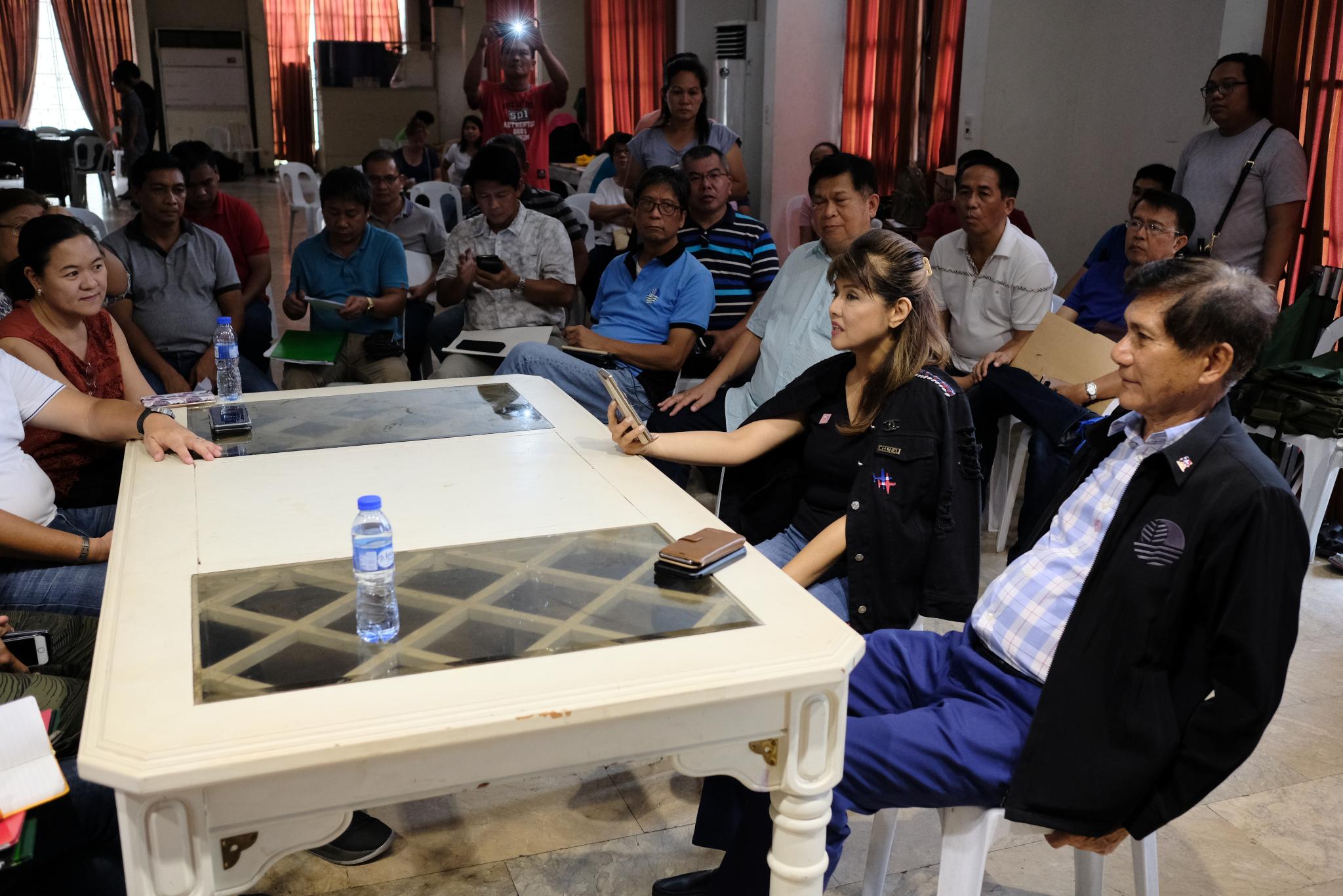 LAOAG CITY – Due to the aftermath of Typhoon “Ompong,” the Sangguniang Panlalawigan (SP) declared Ilocos Norte to be under a state of calamity through Resolution No. 2018-49-265 at an emergency session this morning, September 17.

Of this total, P12,340,000.00 of infrastructural damages were incurred by provincial tourist centers and buildings, including several resorts in Pagudpud and the La Milagrosa Chapel in Badoc.

Aside from the drastic impact on rice, she brought up problems with mango plantations: “We are a prime exporter of mangoes, together with Cagayan, and both of us lost a great number of trees. We’ve struggled with kurikong, the cecid fly that eats and has infected many of our trees.

“We’re anticipating that because of the weather, similar problems will occur,” the governor shared, adding, “We would like to request assistance for mangoes, because it’s really the iconic Filipino fruit, and we’re losing it.”

They also discussed the provision and delivery of galvanized steel (GI) sheets, as well as assistance for cash-for-work and food-for-work programs in partnership with the Department of Social Welfare and Development (DSWD).

In addition, Education (DepEd) Secretary Leonor M. Briones pointed out that 110 schools in Ilocos Norte have been damaged to different extents, with an estimated loss of P117 million, and 80 of these schools flooded.

“We will send a team really to come here, kasi it’s not just repairing the schools; it’s not just cleaning them up; it’s the equipment inside of the schools – yung mga computer, mga microscope, libraries, and so on,” she said.

Governor Marcos also expressed her thankfulness to agencies that had spearheaded evacuation and rescue operations, such as the Armed Forces of the Philippines (AFP), Philippine National Police (PNP), and the Bureau of Fire Protection (BFP).

“Ompong” reached its peak strength in Ilocos Norte on Saturday, reaching Tropical Cyclone Warning System (TCWS) Signal No. 4 the night before. By 5:00a.m. on Sunday, all TCWS signals had been lifted. (PGIN-CMO)