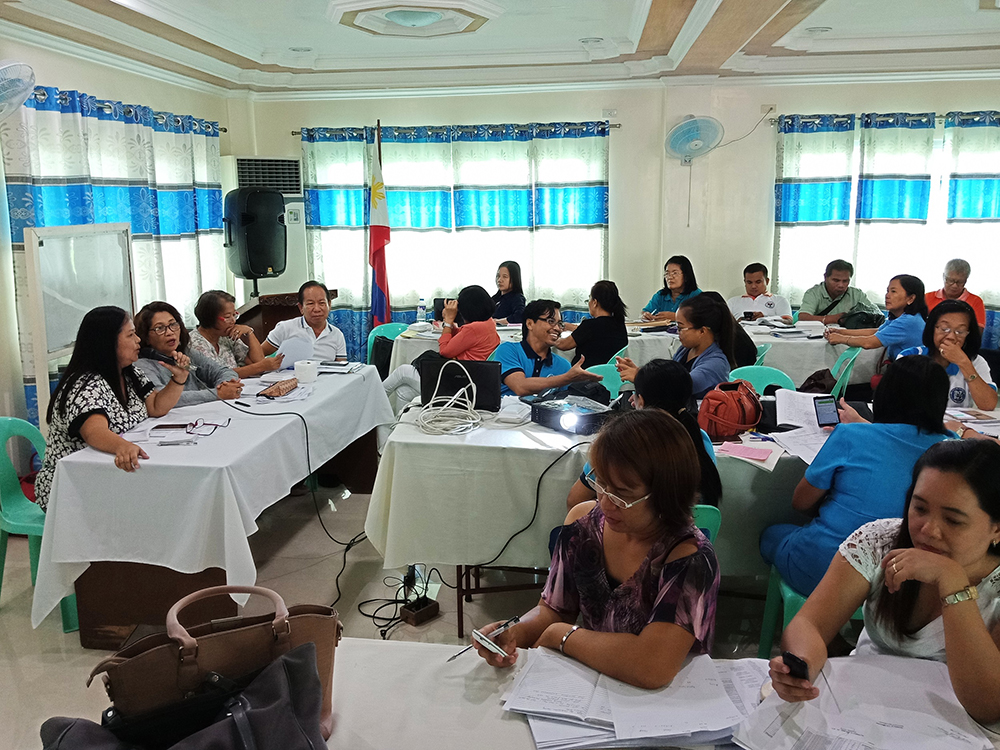 LAOAG CITY – Several department heads of the Provincial Government of Ilocos Norte (PGIN) met with municipal agriculture officers (MAOs) and other concerned agencies at the 49th Agri-Stakeholders Monthly Meeting on August 28 to address the aftermath of the Southwest Monsoon and Tropical Depression “Luis.”

These had brought on heavy rainfall, strong winds, and flooding in the province, particularly in the past week

As of today, collated reports from 17 municipalities revealed P71.9 million of losses in rice crops. Meanwhile, a total of P1.9-m worth of losses in livestock have been recorded.

Provincial Agriculturist Mrs. Norma Lagmay urged that each MAO should “have a master list of affected farmers in all eco-systems” as they strategized immediate, medium-term, and long-term solutions to the damage wrought by the calamity.

“Kayo ang nakakaalam kung sino yung mga nasiraan. Talk to the people,” she said, adding, “Let us work together as one team, with concerted effort, shared leadership, and cooperative management.”

Meanwhile, Provincial Veterinarian Dr. Loida Valenzuela lamented, “Negligence is the number one issue kung bakit namamatay ang mga hayop.” She emphasized that livestock raisers should take initiative to ensure that their animals have a safe and dry place to stay in case of rain or floods, and not leave them exposed to severe weather.

Lagmay also pressed the importance of addressing the root cause of flooding in agricultural areas: “We have a lack of trees. Kinakailangang i-correlate ang reforestation system down to the lowlands.”

Over P441-m in total damages

The August 27 report from the Provincial Resiliency Office shows a total of P441.3-m in damages, including agriculture, fisheries, livestock, and infrastructure, with more than 10,300 families affected.

“We have also identified landslide victims with damaged houses for emergency shelter assistance (ESA),” she added.

MAOs were instructed to come up with specific and responsive lists of needed supplies, materials, livestock, and agricultural implements that would best augment the needs of their respective communities. These would then be submitted for funding under CSR, supplementing the provincial calamity fund and other sources to fast-track recovery.

Cariño also encouraged local government units (LGUs) themselves to strengthen their participation in the provision of relief services: “If we combine funds and efforts from the LGUs, we will give a greater magnitude of assistance. (PGIN-CMO)