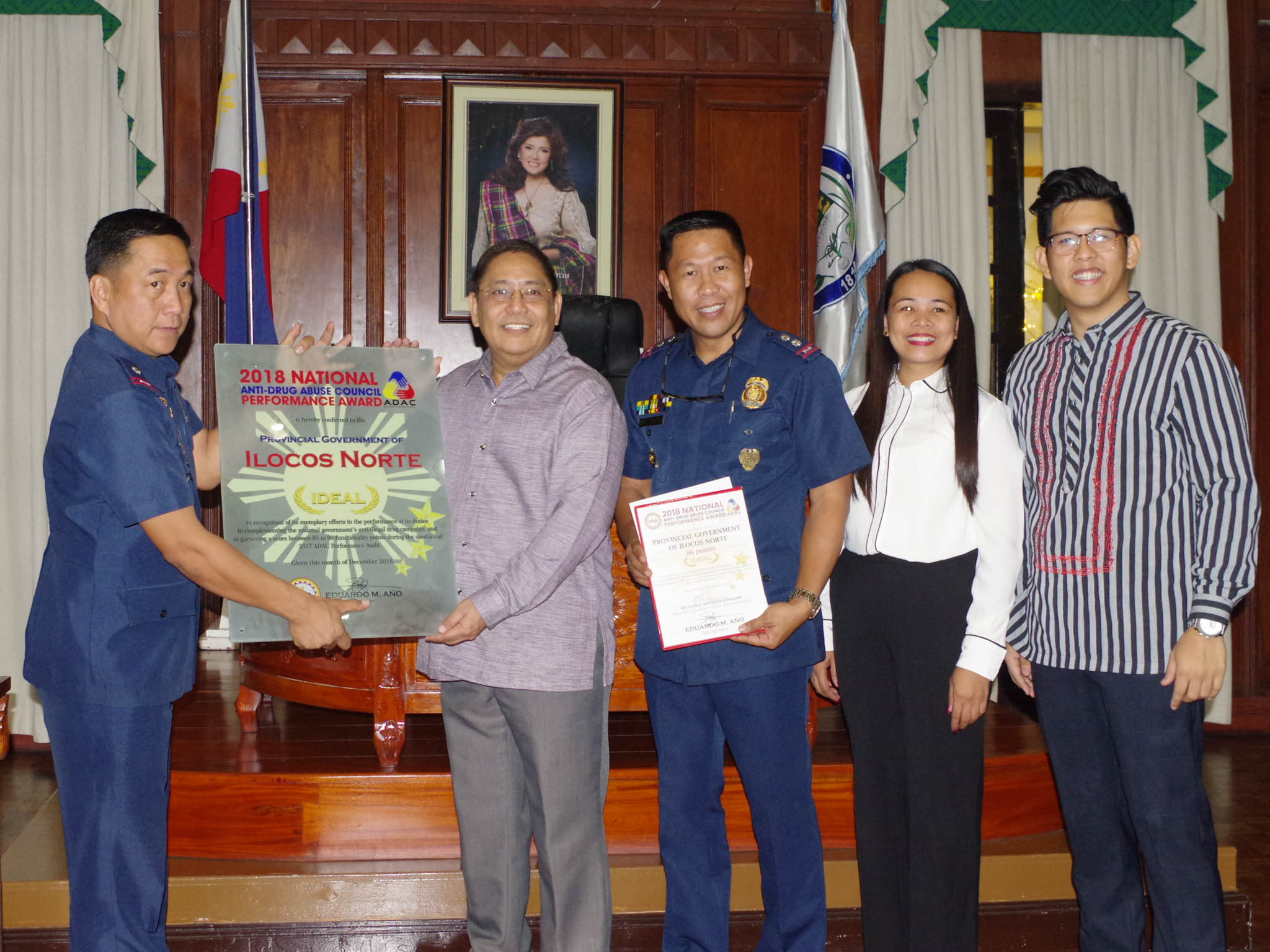 The Ilocos Norte Police Provincial Office (INPPO) was given the 2018 National Anti-Drug Abuse Council Performance Award by the Department of the Interior and Local Government (DILG) last month (photo by PGIN CMO)
by Blessing Angel Agliam, PGIN-CMOPosted on January 21, 2019January 21, 2019

In light of consistent and effective efforts to eliminate the use of illegal drugs in the province, the Ilocos Norte Police Provincial Office (INPPO) was given the 2018 National Anti-Drug Abuse Council Performance Award by the Department of the Interior and Local Government (DILG) last month.

In the last quarter of 2018, the INPPO conducted 75 drug-clearing operations which led to the arrest of 84 drug offenders, and seizure of 345 grams of marijuana and 154 grams of shabu.

According to P/Insp. Wilma Palting, Police Community Relations (PCR) officer, the award is proof of the INPPO’s strong drive to eradicate illegal drugs. She noted that this is seen in the decreasing number of cases related to illegal drugs that further manifest as improved peace and order in the province.

Also, the Police Regional Office 1 (PRO1) attained the highest grade of 81% nationwide in implementing the Recovery and Wellness Program (RWP) for having the most community-based RWP conducted for drug surrenderees.

[The Provincial PNP has the full support of the Provincial Government of Ilocos Norte for all our activities. We ask for their continuous support for future activities as well.]

As of January 7, 2019, INPPO tallied 6,437 surrenderees and a total of 5,535 RWP graduates who underwent activities such as moral and spiritual recovery, tree planting, clean-up drives, and trainings and lectures on illegal drugs, among others.