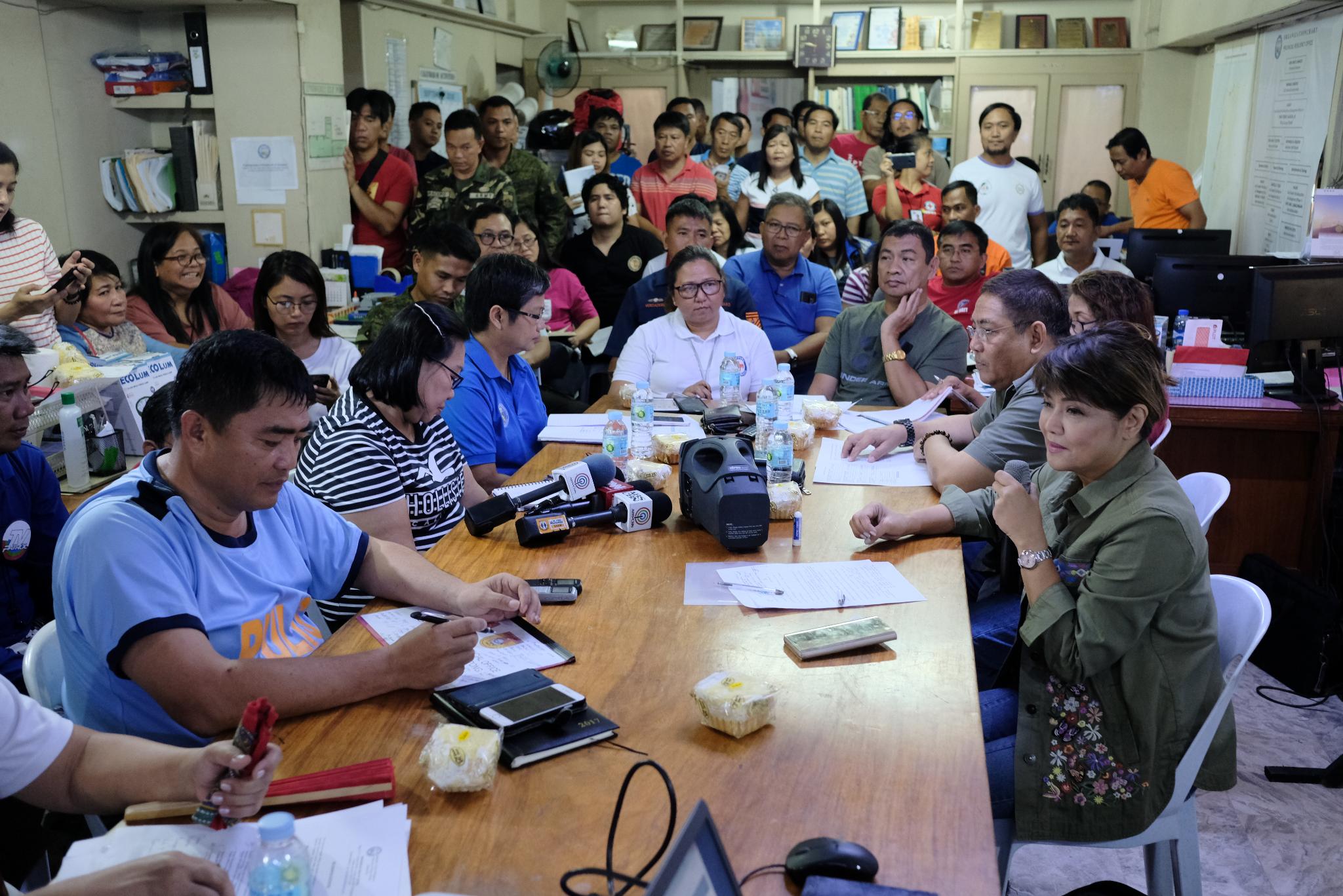 Typhoon Ompong
by PGIN-CMOPosted on September 14, 2018

LAOAG CITY – “We’ve prepared to the extent that is humanly possible to do so,” said Governor Imee R. Marcos at a briefing earlier today with the Provincial Disaster Risk Reduction and Management Council (PDRRMC) in light of Super Typhoon “Ompong.”

The governor also issued the suspension of classes and work in all levels and sectors for September 13-14, giving residents ample time to prepare for the calamity and stock up on emergency supplies.

Akin to what the Provincial Government of Ilocos Norte (PGIN) initiated during the 2016 Super Typhoon “Lawin,” pre-emptive and forced evacuation was also conducted.

As per the PDRRMC at 9:20 o’clock tonight, a total of 1,140 families or 3,839 individuals have evacuated to school campuses, barangay halls, hospitals, daycare centers, rural health units, civic centers, churches, and relatives’ homes. Evacuation had begun as early as September 11.

Also by September 11, over 2,000 relief packs had been distributed, adding up to the total of 5,000 packs so far. Packs of bread and sacks of rice have likewise been dispersed, courtesy of Bakers PH and the National Food Authority (NFA).

Towards preserving livelihoods, farmers were urged to harvest early before the onslaught of “Ompong.” Likewise, shelters were designated for livestock raisers to bring their farm animals for protection. Animal feeds, ropes, and water supplies were also provided.

Rescue vehicles and other equipment are stationed at several points throughout the province, and 116 members of the Philippine National Police (PNP) Regional Office 1 Search and Rescue Team are on standby in several towns, including the coastal municipalities of Pagudpud, Pasuquin, and Currimao.

Smart Telecommunications is offering free calls and charging starting September 16 (Sunday) at the following locations in Laoag City: the Smart Store on Rizal Street; the Vertex stores alongside the Provincial Capitol and in the J.B.L. Building on M.H. Del Pilar Street; and the Smart Cell Site on Ablan Avenue.

They are also set up in the Vertex store in front of the Batac City Hall and at the Smart Cell Site beside the San Nicolas Municipal Hall.

Likewise, all 23 local government units have set up “charging stations” in municipal and city halls, barangay halls, and civic centers for constituents to keep their electronics charged and maintain communication lines.