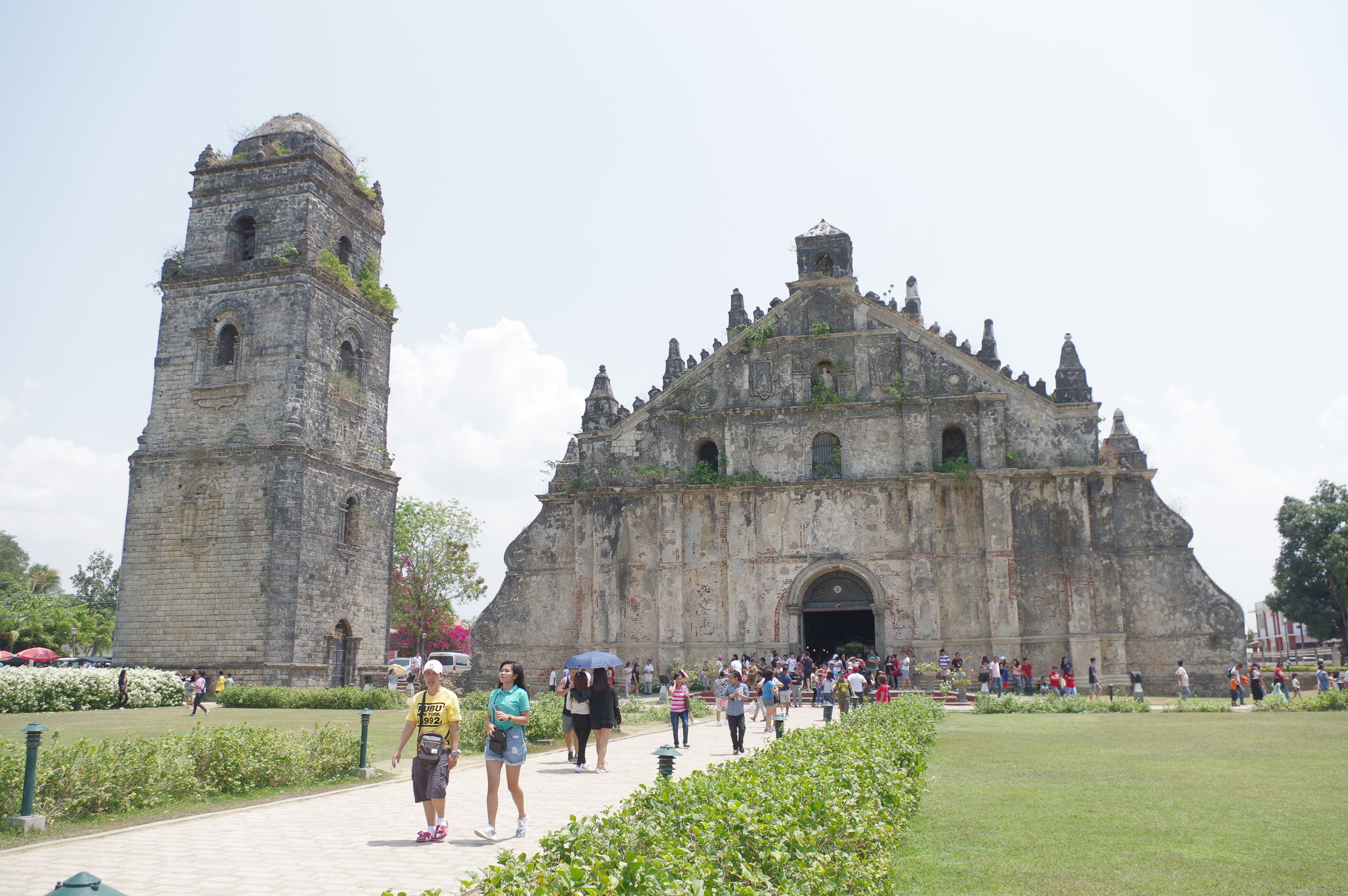 LAOAG CITY – Ilocos Norte during the Semana Santa or Holy Week season welcomed over 500,000 day visitors, posting an increase of at least 115% in three years, from the recorded 232,678 tourist arrivals in 2015.

According to the Provincial Tourism Office, this tourist influx is expected to sustain the sector throughout the upcoming Labor Day weekend, the rest of the summer season, and the extended vacation for schools still undergoing a shift in their school calendars.

Among the top tourist destinations for 2018 was the San Agustin Church in Paoay, more simply known as the Paoay Church. Over 400 years old, it served as the venue of a wedding ceremony of Lawyer Michael Manotoc and Cara Manglapus-Manotoc last November 20.

Other top destinations were the Bangui Windmill Farm, the Blue Lagoon Resort in Pagudpud, the Karpurpurawan Rock Formation in Burgos; the La Milagrosa Cove and Chapel, also in Badoc, together with the Badoc Gateway; the Marcos Heritage Trail in Sarrat, the Davila Seafood Area in Pasuquin; the Cape Bojeador Lighthouse, also in Burgos; and the Batac Empanadahan alongside the city’s Immaculate Conception Parish.

The Pagudpud resorts, Kapurpurawan Rock Formation, and Davila Seafood Area are largely founded on Ilocos Norte’s rich and diverse natural resources: white-sanded beaches often compared to those of Boracay Island; the white limestone cliffs shaped by oceans waves; and the bounty of fish, squid, seaweed, and other coastal delicacies caught and prepared by locals into savory dishes.

Meanwhile, the Bangui Windmill Farm or “Windfarm,” beyond serving as a picturesque site, testifies to Governor Marcos’ continuing commitment to renewable energy and to lessening the cost of energy in Ilocos Norte.

Badoc’s La Milagrosa Chapel and Shrine, overlooking the sea, is home to the provincial patroness, La Virgen Milagrosa de Badoc. Being the first town of Ilocos Norte when arriving from the south, it also marks the tangible gateway into the province.

The town of Sarrat, being the birthplace and childhood hometown of the late Former President Ferdinand E. Marcos, offers the Marcos Heritage Trail, which includes a tour of FEM’s actual childhood home as well as of the Sta. Monica Church, the longest and largest in Ilocos Norte.

Burgos’ Cape Bojeador Lighthouse is a 66-foot-tall (20m) stone tower built during the Spanish Colonial Period, and which still functions and guides ships entering the Philippine Archipelago from the north.

Batac empanada, a deep-fried snack stuffed with egg, unripe papaya, mung beans, and choices of longganisa, bagnet, and even hotdog, continues attracting visitors, and the Empanadahan’s vicinity to the Batac Church is enough reason for tourists to also visit Immaculate Conception.

Events that potential tourists can look out for in coming weeks include the opening of a Marian Exhibition in Arte Luna, Paoay, on April 25; the Himala! Sa Buhangin Arts and Music Festival at the Paoay Sand Dunes on April 28; the Miss Ilocos Norte pageant at the Centennial Arena, Laoag City, on May 11; and the Canonical Coronation of La Virgen Milagrosa de Badoc on May 31. (PGIN Media Office)