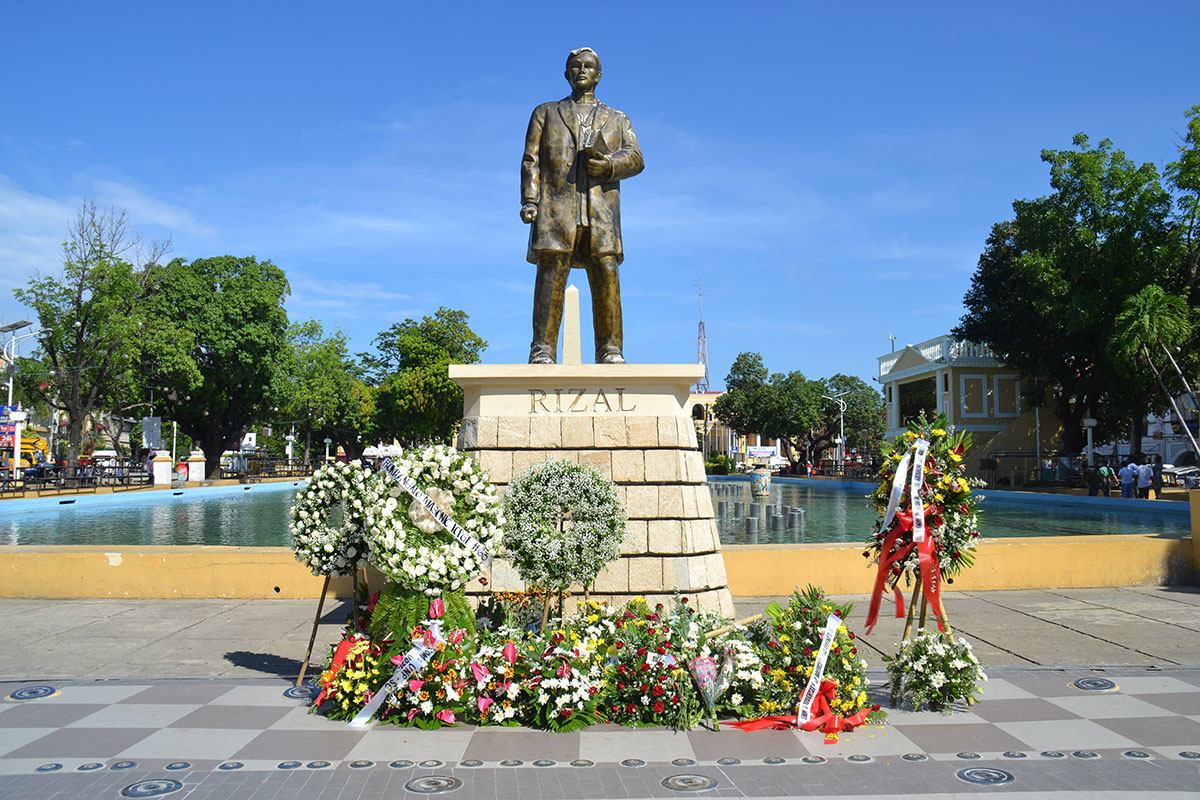 VIGAN CITY — Ilocos Sur not only celebrates the heroism of the country’s national hero, Dr. Jose P. Rizal on December 30, a national non-working holiday honoring his death, but also on June 19, his birth anniversary.

Today, with this year’s theme, “Buhay ng Bayani, Buhay na Bayani” (Life of a Hero, A Living Hero), the Provincial Government and the Knights of Rizal led the yearly celebration in front of the Rizal monument at Plaza Salcedo in this city to give thanks for the birth of the Filipino who fought with his pen, igniting the spirit of nationalism through his books such as Noli Me Tangere and El Filibusterismo.

“Rizal taught us to know more about our country, our own purpose and ourselves better. The significance of the birth of Rizal can be seen through his immortal works that fueled the desire for the independence of the Philippines and deciphered the continuous sufferings of our countrymen. Through his wit and ink came out Noli Me Tangere and El Filibusterismo,” said Gov. Ryan Luis V. Singson, in his message read by Provincial Board Member Efren Rafanan.

“There is a particular date in the 19th century that is indeed memorable to us – June 19, 1861. This is what we celebrate today. Without this date, without the highly acclaimed birth of a Calamba son, how or where shall the Philippines be?” said Vice Gov. Jeremias C. Singson, former Supreme Commander, in his message read by Rogelio Magpali, Knights of Rizal regional commander for North Luzon. Singson held the highest post of the Knights of Rizal from 2016 to 2017. The group is an international group of men who believe in the ideals of Rizal, and who have been campaigning for the celebration of his works, heroism and ideals through the years.

“158 years since then, when Filipinos started to build forces, both internally and in arms until Rizal was executed in 1896 and the Philippines acquired its independence in 1898, we give homage and importance to the genesis of our national hero,” he added.

Singson appreciates everyone who joined the provincial commemoration as a “manifestation of our obedience to Rizal’s teachings and with our own volition to sustain this day of awareness to let our children and our children’s children know the significance of this day.”

“The lives of our heroes make them alive today,” he said. “We, the Knights of Rizal embrace the motto ‘Non Omnis Moriar’ – Not Everything in Me Will Die. Certainly, as we study Rizal, we justify that his death is never an end, but a validation of his birth, one of the most significant birthdays in Philippine history.”

After Filipinos celebrated their country’s independence on June 12, Singson remembers today what Rizal wrote: “I have always loved my poor motherland and I am sure I shall love her to the last moment… all have been sacrificed for her. I shall die blessing her and long for the day of her redemption.”

Together with the Knights of Rizal, the event was joined by the Las Damas de Rizal, a group of Ilocano women devoted to the ideals of the national hero, led by Dr. Maribel Magpali; the Angalo Lodge of Free Masons of the Philippines; employees of the Provincial Government, national government agencies, Department of Education, University of Northern Philippines, the Armed Forces of the Philippines, Philippine National Police, Bureau of Fire Protection, and Bureau of Jail Management and Penology.