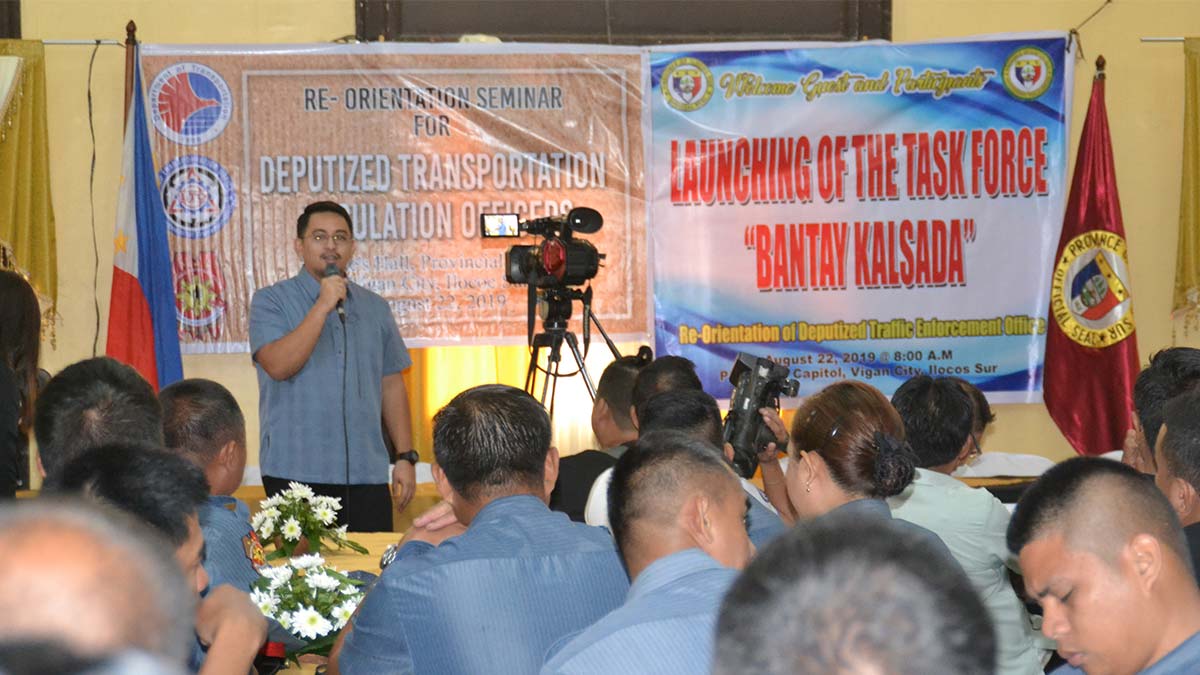 Gov. Singson warned those who are violating national and provincial land transportation laws that no one is spared in the implementation of penalties, as he appealed to everyone that saving lives in the roads is not only the duty of government offices but also of every resident.

Some of these laws are Motorcycle Helmet Act, Safety of Children Aboard Motorcycles, The Seatbelt Act of 1999, The Anti-Drunk and Drugged Driving Act, Anti-Distracted Driving Act of 2016, The Road Speed Limiter Act of 2016. These laws among others have been often violated causing increasing number of road accidents in the province.

Board Member Efren Rafanan, Sr., member of the Sangguniang Panlalawigan Committee on Transportation, said that the following number of road accidents in the province marks January to July 2019: 722 road accidents with 30 deaths, 692 wounded, 31 minors involved, 282 in the First District, 440 in the Second District, 187 were non-residents, 452 were residents; and most of the accidents happened before sunset.

“This program of the provincial government is not about penalties but safeguarding everyone in the roads from any accident or disaster,” said Rafanan.

Creating Advocates for Road Safety (CARS), a road safety advocacy of LTO Region 1 was conducted after the morning launching with about 300 participants from various sectors of the community.

LTO aims to teach road safety laws to various sectors of the community to unite everyone to become responsible actors towards road safety. ●