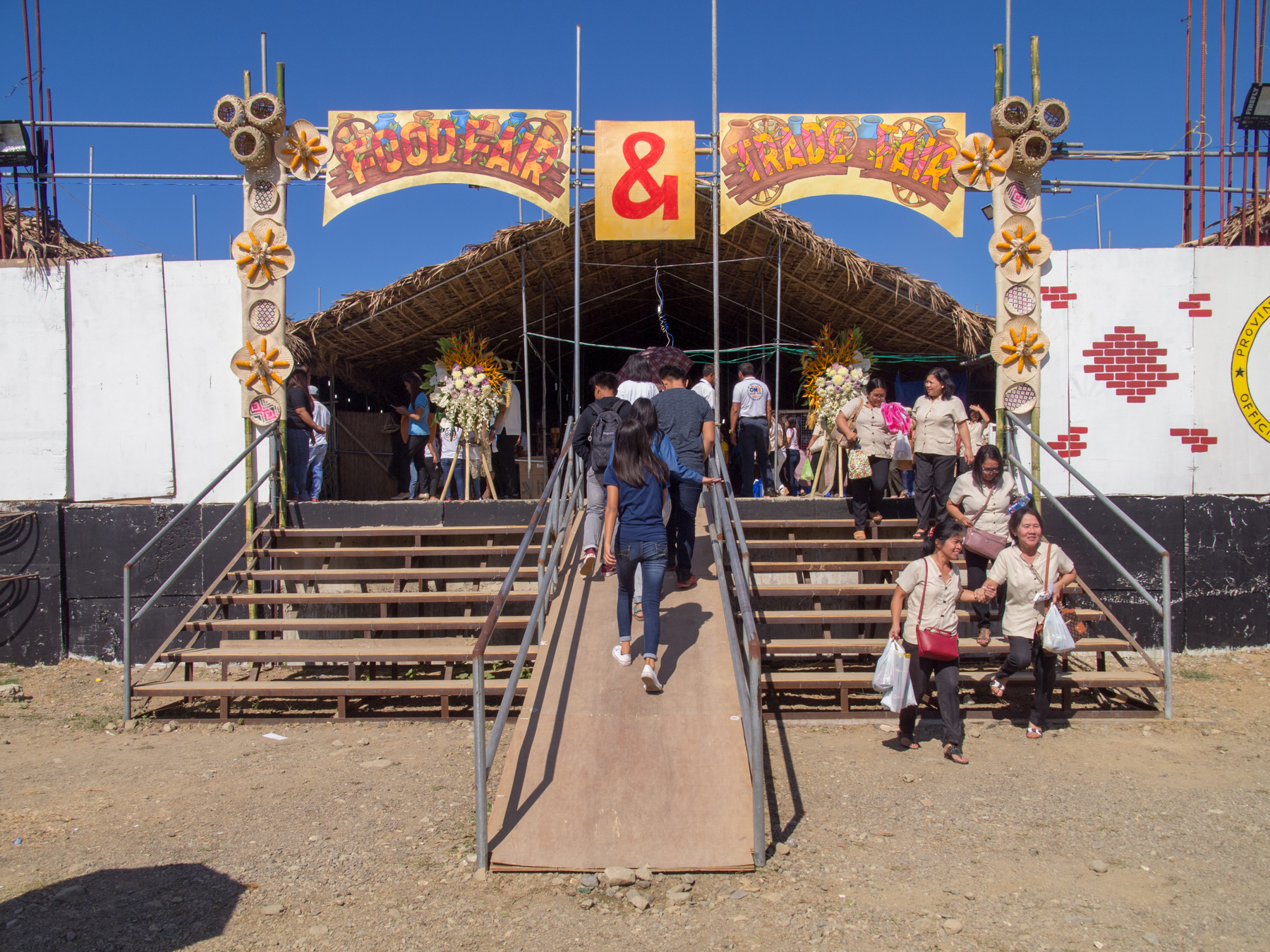 VIGAN CITY – Ilocos Sur is currently celebrating the two-hundredth foundation anniversary of the province with the 2018 Kannawidan Bicentennial Festival from January 29 to February 11, 2018.

Touted as the “grandest festival that will happen in the history of Ilocos Sur” by Provincial Tourism Officer Ryan Astom in a conference prior to the event, the on-going Kannawidan festival has daily activities being held mainly at the main venue in the Tamag Grounds in Vigan City with a few more events scattered in neighboring municipalities of the province.

The bicentennial celebrations kicked off in the afternoon of January 29 with a concelebrated Mass at the St. Paul Cathedral in Vigan, followed by a religious procession of the patron saints of the 34 towns and cities of the province.

In the evening, a grand fireworks display lit up the night sky above the dancing fountains of Salcedo Plaza, dazzling the throngs of people that gathered there to watch.

Meanwhile in Tamag Grounds that same night, the rocks bands Itchyworms and 6 Cycle Mind commenced the nightly performances being held on the main stage purposely built for the festival.

The formal opening of the festival happened in Tamag on the morning of January 30 with a ritual of ceremonial chants and traditional dances performed by delegates from the upland communities of the province.

This was followed by a ribbon-cutting ceremony to open one of the highlights of the annual festival, the “Tawid ken Partuat” Food and Trade Fair showcasing the best homegrown products of the towns not only of Ilocos Sur but from other places as well like Ilocos Norte, La Union, Pangasinan, Nueva Ecija, Kalinga, Camarines Sur and others.

Ilocos Sur was formed after it was separated from Ilocos Norte through a Spanish royal decree on February 2, 1818. On the day of the founding anniversary, the provincial government held a Grand Float Parade around the city attended not only by members of local government units headed by Governor Ryan Singson but also by political dignitaries including Senators Risa Hontiveros, Nancy Binay, Bam Aquino and Ilocos Norte Governor Imee Marcos.

Many more activities are scheduled until February 11, the last day of the Kannawidan Festival.

One notable event includes the Saniata Ti Ilocos Sur 2018 Coronation Night on the evening of February 4 where the winning beauty queen will be crowned during a glamourous show at the Tamag Grounds main stage.

Another notable event is the Kapuso Night where famous talents from the tv channel GMA will be performing in the same venue.

An LGBTQ Night will be held on February 8 featuring Aiza Segeurra and Jake Zyrus.

In addition, there will be an art exhibit and workshop from Artstockroom, as well as water games, food hubs, and more. The last day of Rhythm Fest will also mark the end of this year’s Kannawidan Festival. (Tawid News Magazine)