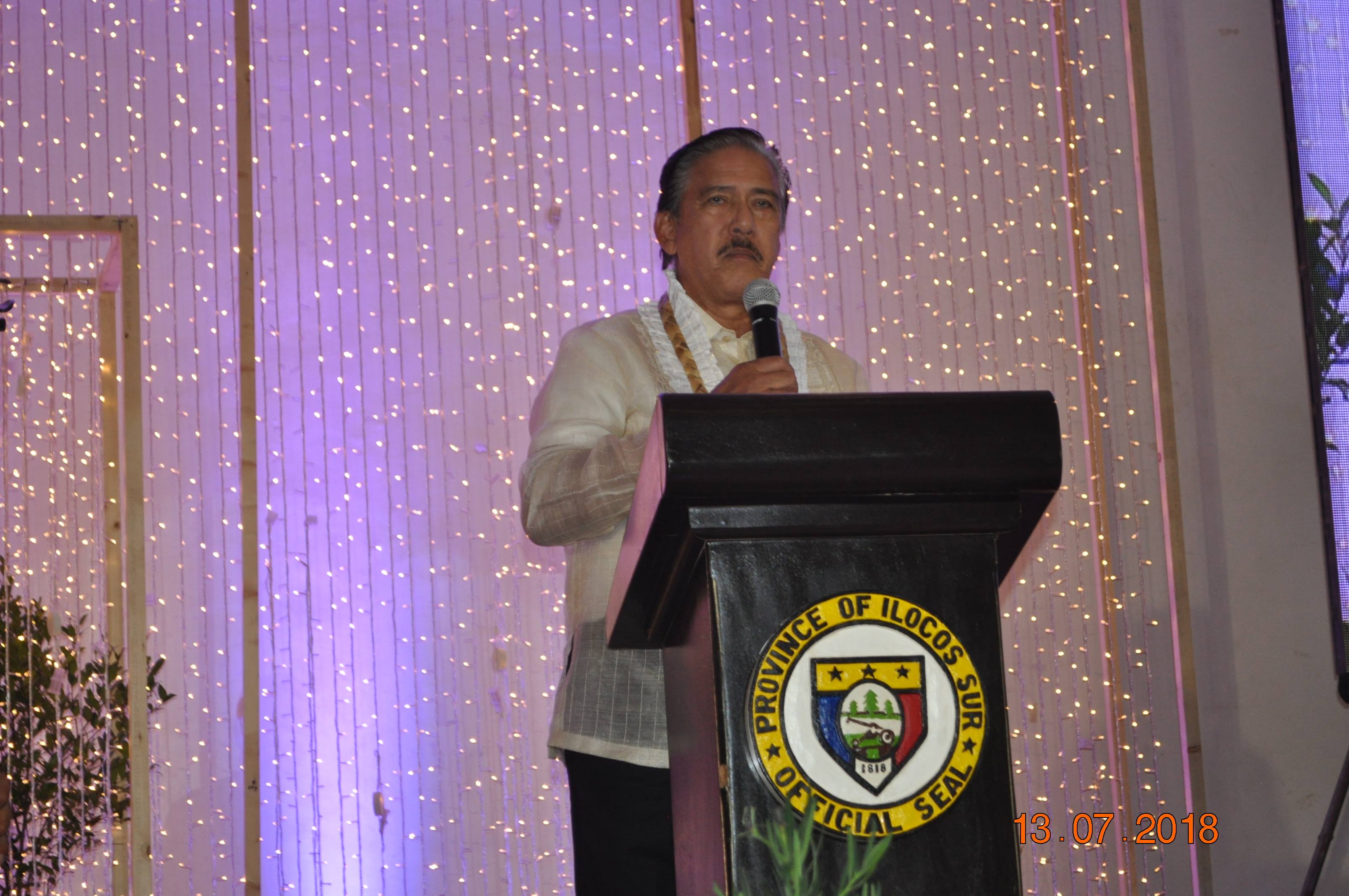 VIGAN CITY – “Let us celebrate how the Sangguniang Panlalawigan has been working hard towards an improved life of every resident of Ilocos Sur,” Vice Governor Jeremias C. Singson said to the local media last week at the Capitol, inviting them to the first ever Legislative Awareness Week celebration in the province on July 9 to 13.

This year, the Provincial Board passed Provincial Ordinance No. 011-18 series of 2018, “An Ordinance Declaring the Second Week of July of Every Year as the Legislative Awareness Week (LAW) of the 9th Sagguniang Panlalawigan of the Province of Ilocos Sur.

To start off the activities, the members of the 9th Sangguniang Panlalawigan with the presiding officer, led the flag-raising ceremony in front of the Capitol in Vigan City on July 9.  A kalesa parade of the provincial and national government officials, officers and employees followed around the city to make people aware of the week-long event.

The first Legislative Gallery was unveiled at the Capitol after the kalesa ride with guests, the former representatives of Ilocos Sur, Atty. Salacnib Baterina of the first district, and Atty. Pablito Sanidad, Sr of the second district.

This was one of the significant parts of the event as it chronicled the legislations in the province from the first to the ninth Sangguniang Panlalawigan.

Moving out of the SP Session Hall this time for the regular session on July 10, the SP members convened at the Municipal Hall of Caoayan town.

Coastal protection is one of the focus of the Provincial Government led by Gov. Ryan Luis V. Singson, and to support this, the SP members joined barangay officials of San Esteban town, and the environment officers from Tagudin, Santa Cruz, Santa Lucia, Candon City, Santiago, San Esteban, Narvacan, Santa Maria, Santa, Caoayan, Vigan City, San Vicente, Santa Catalina, Santo Domingo, Magsingal, San Juan, Cabugao, and Sinait in cleaning the shores of Barangays Apatot and Bateria. An officer of the Department of Environment and Natural Resources gave a lecture on environment protection after this.

To make students aware of what the Legislative Department is doing, contests in essay writing, poster making and extemporaneous speaking were done at the Capitol among public high school students in the province on July 12.

The second State of the Legislative Department Address (SOLDA) was delivered at the Vigan Convention Center in this city on July 13 where the Senate President Vicente “Tito” C. Sotto III as the guest of honor.

The first delivery of SOLDA was done at the Capitol Hall last year, after the vice governor resolved to highlight the achievements of the legislative body, to further push the members to outdo themselves in crafting resolutions and ordinances towards an excellent quality of life of residents. (JND/ICR/PIA1 Ilocos Sur)