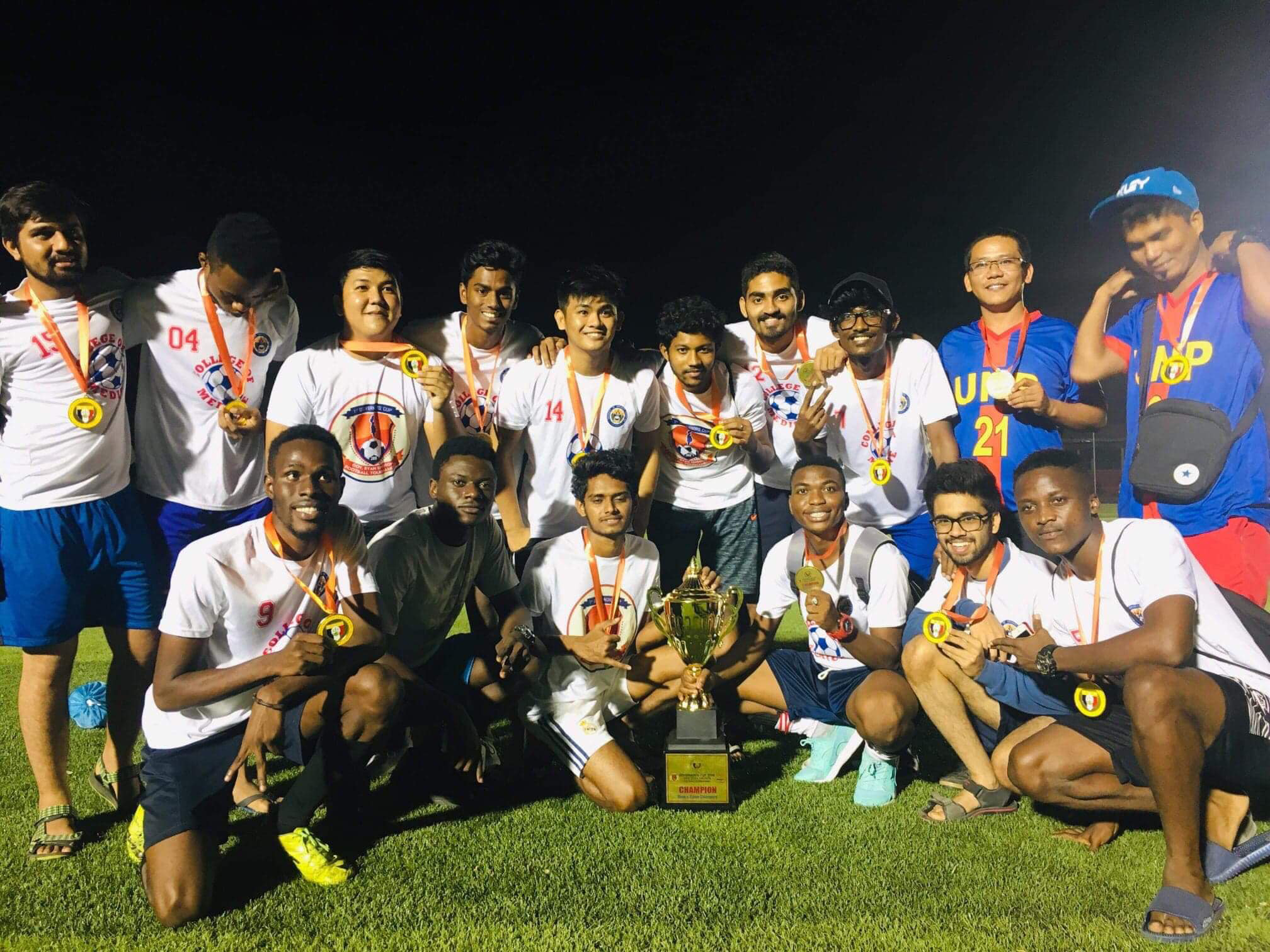 FIRST GOVERNOR'S CUP FOOTBALL TOURNEY IN ILOCOS SUR. The football team of the University of Northern Philippines College of Medicine is the champion in the open category of the First Governor's Cup Football Tournament in Ilocos Sur held in November 2018 to January 2019 at the state-of-the-art football field of the President Elpidio Quirino Stadium, Bantay, Ilocos Sur. Full story on page 8. (photo by the UNP College of Medicine)
by Imelda Castro-Rivero/PIA1 Ilocos SurPosted on January 21, 2019January 21, 2019

VIGAN CITY – Football not only kicked off the spirit of the youth in this sport, but also kicked that goal to empower them, said Marius Cabudol, provincial sports coordinator, referring to the Governor’s Cup First Football Tournament in the province that ended in the first week of January.

“The event is just the start of harnessing the enthusiasm and discipline of the province’s youth in football,” said Governor Ryan Luis V. Singson, inviting schools to the second tournament.

“Sports is one of the thrusts of the administration of the Governor,” Cabudol said, “to help the youth stay away from illegal activities. Believing in the many temptations that threaten the sanity and health of the youth, Singson has set yearly sports events such as inter-town basketball and volleyball tournaments, and the inter-school football games.”

Running with the torch of the 28 schools in the province from elementary to college that joined the event, the winners in the 12 and under category are Saint Paul College of Ilocos Sur (SPCIS), champion; Ubbog Elem School, Candon City, first runner-up; and Nanguneg Elem School in Narvacan town, second runner-up.

In the open category, the College of Medicine of the University of Northern Philippines (UNP) is the champion; the UNP Varsity Team is first runner-up; and ISNHS is second runner-up.

Cabudol noted that in 2016 football was introduced in the new, fit-for-international-games football field of the President Elpidio Quirino Stadium in Bantay town with the exhibition game between the Philippine Azkals and the Australian Perth Glory in July 2016. This ignited the youth’s flame of interest in the most popular sport in the world.

In March 2017 when the Philippine Football League began, the provincial government formed the team, Ilocos United Football Club. The first game was held at the stadium between Ilocos United FC and Davao Aguillas FC.

But football was already established in various parts of the province, even before the building of the state-of-the-art football field in the stadium. Father Jack Cabatu established the sport at the Immaculate Conception Minor Seminary in Vigan City, British coach George Anthony Ingram, helped found the soccer team of the grade school of Saint Paul College of Ilocos Sur in 2005, and on March 12, 2011, the Ilocos Youth Football Association (IYFA) and Football Academy of the North were launched in the new IYFA Football Field in Magsingal town by VGent Foundation, Inc, witnessed by then Congressman of the first district of Ilocos Sur, and now Gov. Ryan Luis V. Singson.

“Football has a long way to go in the province with the Governor kicking off the balls to win goals for the youth through tournaments like the Governor’s Cup,” Cabudol said.