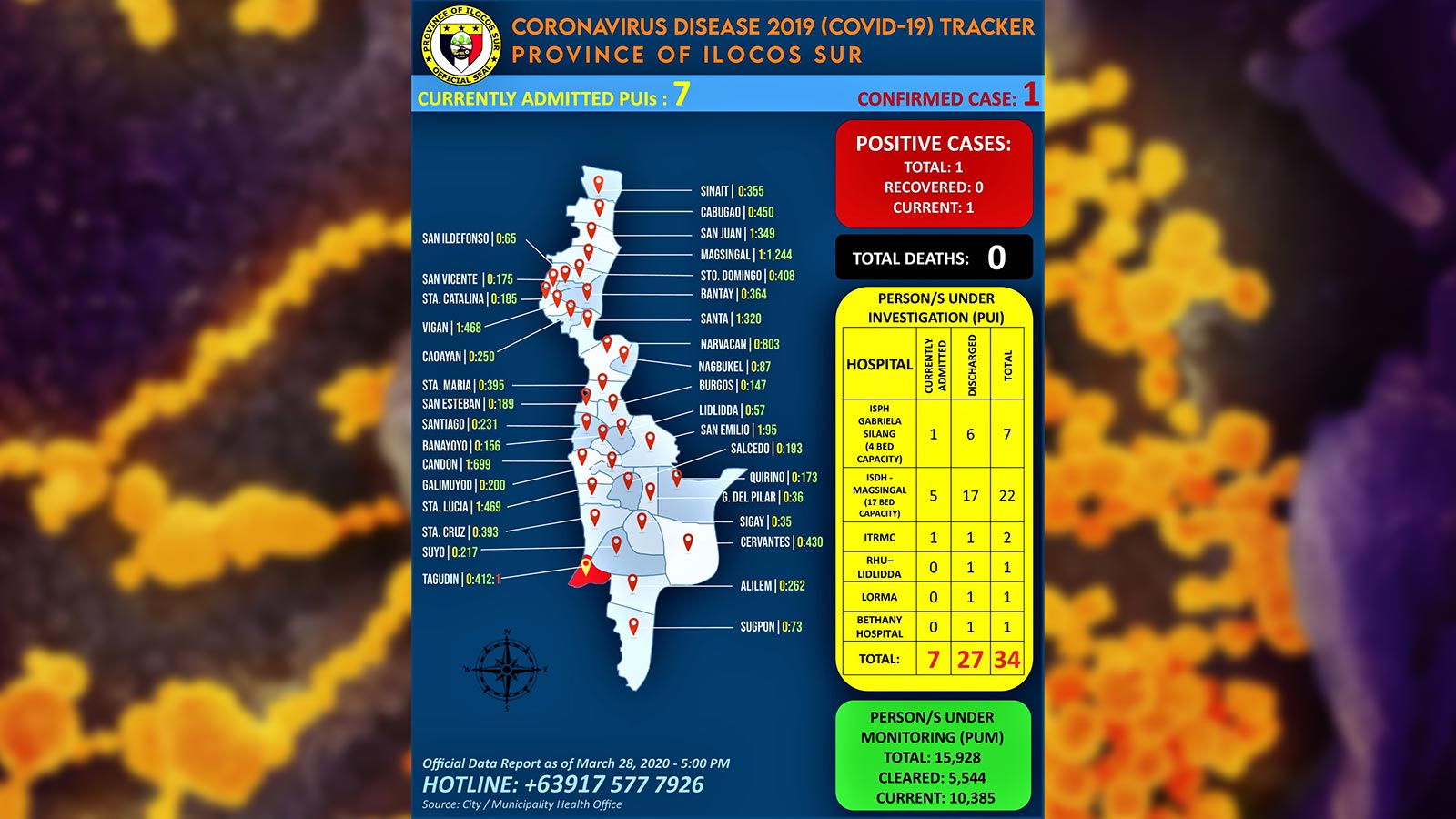 The patient is a 55-year old woman from Barangay Magsaysay, Tagudin, Ilocos Sur.

According to Singson, the patient was initially brought to the Ilocos Sur District Hospital-Tagudin (ISDH-Tagudin) in the evening of March 21 after she suffered from transient ischemic attack or minor stroke. The patient’s family allegedly did not report that she showed signs of fever, cough or any other respiratory illness.

Following the family’s request, the patient was transferred to the Bethany Hospital in La Union, where a more thorough medical history check revealed that she suffered cough, colds and intermittent fever since March 18.

Since she was considered a stroke patient, the patient was eventually released from Bethany Hospital and returned to her residence in Tagudin on March 25. However, a swab taken from her on March 22 came back positive for COVID-19 today.

Because the patient did not have prior travel history, Singson said that the most likely source of infection was her son who arrived from the United States on March 8 and who reportedly suffered fever, body pains and sore throat.

Gov. Singson has placed the entire Barangay Magsaysay under lockdown effective today, directing all residents of the village to strictly follow home quarantine. He said that the provincial government will extend help to the residents of the village. He has also ordered extensive contact tracing to identify individuals who may have been exposed to the patient.

Ilocos Sur Provincial Hospital-Gabriela Silang (ISPHGS) Chief Trina Tabboga-Talaga revealed that several employees at ISDH-Tagudin may need to be placed under quarantine and the hospital to be decontaminated.

The governor reminded his constituents to be honest in declaring their medical history in order not to expose other people to the disease, especially frontline healthworkers who are already burdened by the pandemic. He warned that unless people cooperate with the provincial government and follow protocols, the fight against COVID-19 will be lost.

As of today, the number of persons infected with COVID-19 in the Philippines has breached the 1,000-mark. According to the Department of Health, the total count of COVID-19 cases in the country now stands at 1,075 with 68 deaths and 35 recoveries. Wordwide, the number of infections stands at 509,164 with 23,335 deaths.