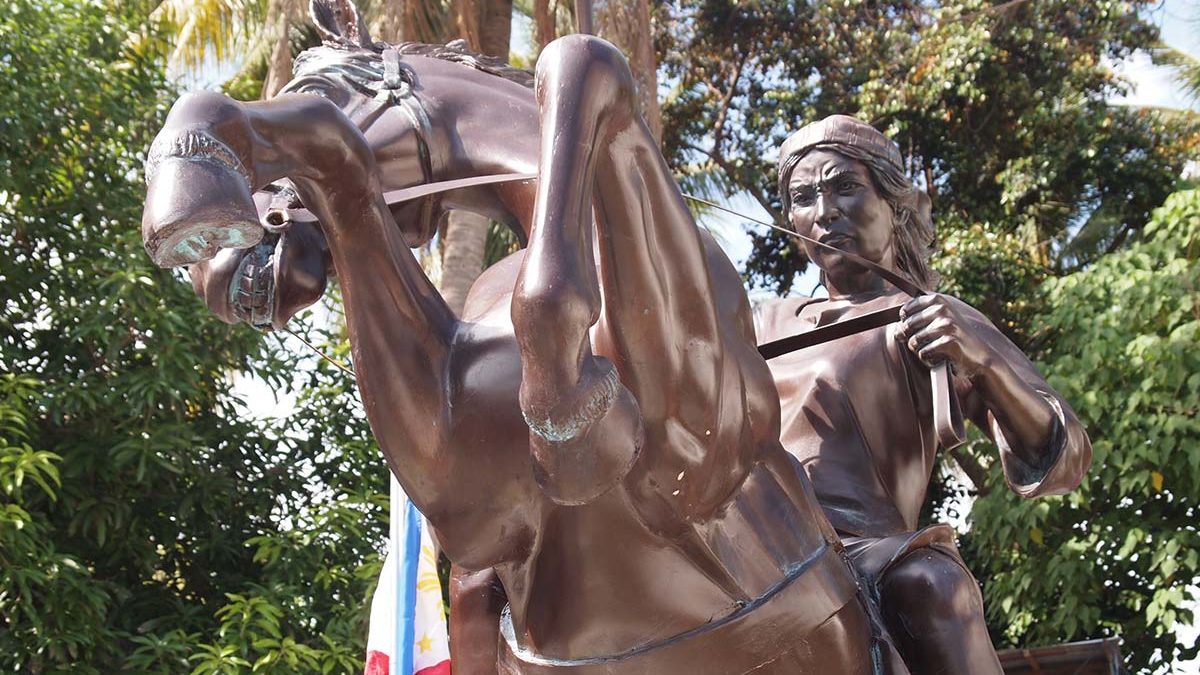 Women are characterized by patience, determination, understanding, endless love, and many more positive qualities that help build a strong foundation of the family.

In Ilocos Sur, there is a great woman in the past who helped fight for the country’s independence. She is Maria Josefa Gabriela Cariño Silang, wife of Diego Silang, the Filipino revolutionary. Gabriela continued the fight of her husband until she was garroted by Spanish soldiers at Plaza Salcedo in this city on September 20, 1763.

A native of Santa town, Gabriela was born on March 19, 1731 in Barangay Caniogan to a Tinguian mother of San Quintin, Abra and Spanish Ilocano father Anselmo Cariño. During the British occupation of the Philippines in 1762 she became her husband Diego’s adviser and aide during fights with Spanish troops. After her husband was assassinated on May 28, 1763, she fled to her uncle Nicolas Cariño in Tayum, Abra. Here she became the commander of the rebel troops. On September 10, 1763 she tried to besiege Vigan but failed and retreated to Abra where the Spanish soldiers captured her.

The most empowered Ilocana in history, Gabriela became the symbol of the fight of Filipino women who want to empower fellow women. Today Gabriela is one of the women groups in the city that continue to help fellow residents to live peaceful, productive lives, and to help fellow women achieve their rights.

Going through the history of Vigan City, its first woman leader Eva Marie Singson-Medina became the architect of its progress as the un-opposed mayor for three elections: July 1995 to June 2004 and July 2007 to June 2016. Working with private groups, national government agencies and individuals, she became the first Bigueña leader to help Vigan rise from being a municipality to a city, from being a World Heritage City to being one of the New Seven Wonders Cities of the World.

“Ang puso ng isang babae ang siyang nagbibigay ng magandang diperensiya sa kanyang paglilingkod bilang isang opisyal,” (The heart of a woman is what makes the difference in her service as public official) said Mica Singson Mendoza, the youngest woman provincial legislator who assumed her second term as such in the province.

A most active official, Mendoza gathered women in the province to form the first provincial association of women, and went to the towns and cities, listening to the problems, opinions of fellow women residents, bringing to them some basic services, with fellow provincial officials.

“Public service will have another perspective from a woman politician – that of a wife and a mother,” said Anabel F. Cabarles, provincial officer of the Philippine Drug Enforcement Agency (PDEA) Ilocos Sur who is from La Union. “We always say behind the success of a man is a woman. When a woman is at the forefront herself, everyone else around her are empowered. Patience, perseverance, kindness and good discernment among others embody a woman. When she uses these virtues as a leader, her skills and leadership are enhanced to become the best in her job as a public servant.”

“In the field of law enforcement ruled mostly by men we need women to be the heart of the agency. Women patrol officers tend to be more effective than their male counterpart in avoiding violence and diffusing potentially violent situations.

“Women in law enforcement bring a lot to the job, including offering different ways of dealing with conflict. Women may not have the brute strength of men, but their bravery, creativity and verbal skills make them ideal for the job. Many male police officers could learn a lot from their female counterparts,” Cabarles said.

In the 90s the province saw the birth of the first woman representative in the second district— Grace Gacula Singson who also became Candon’s mayor. This year, her daughter Kristine Singson-Meehan follows her footsteps, and her father Eric Singson’s ideals.

July 1 was the first day of work of the next set of public officials in the province from municipal or city to provincial and district officials. It was also the day when the province started to witness how its women public servants try to establish their kind of service to their fellow residents – “Serbisyong nagmumula sa puso,” (service that comes from the heart) as Provincial Board Member Mika Mendoza describes it.

The other women members of the 9th Sangguniang Panlalawigan (SP) who will once again work as members of the 10th SP are from the second district: Gina Cordero-Pe Benito of Narvacan town and Mildred Elaydo of San Esteban town.

Every year the Commission on Elections, in its Gender and Development Program, drumbeats its advocacy to push Filipino women to become public servants. There is a great difference in the services of women in public service. And to gain equality in leadership in public service in this province of North Luzon, Ilocano women are urged to continue sharpening their skills and abilities which they can use to become productive in their own families and in their own communities.