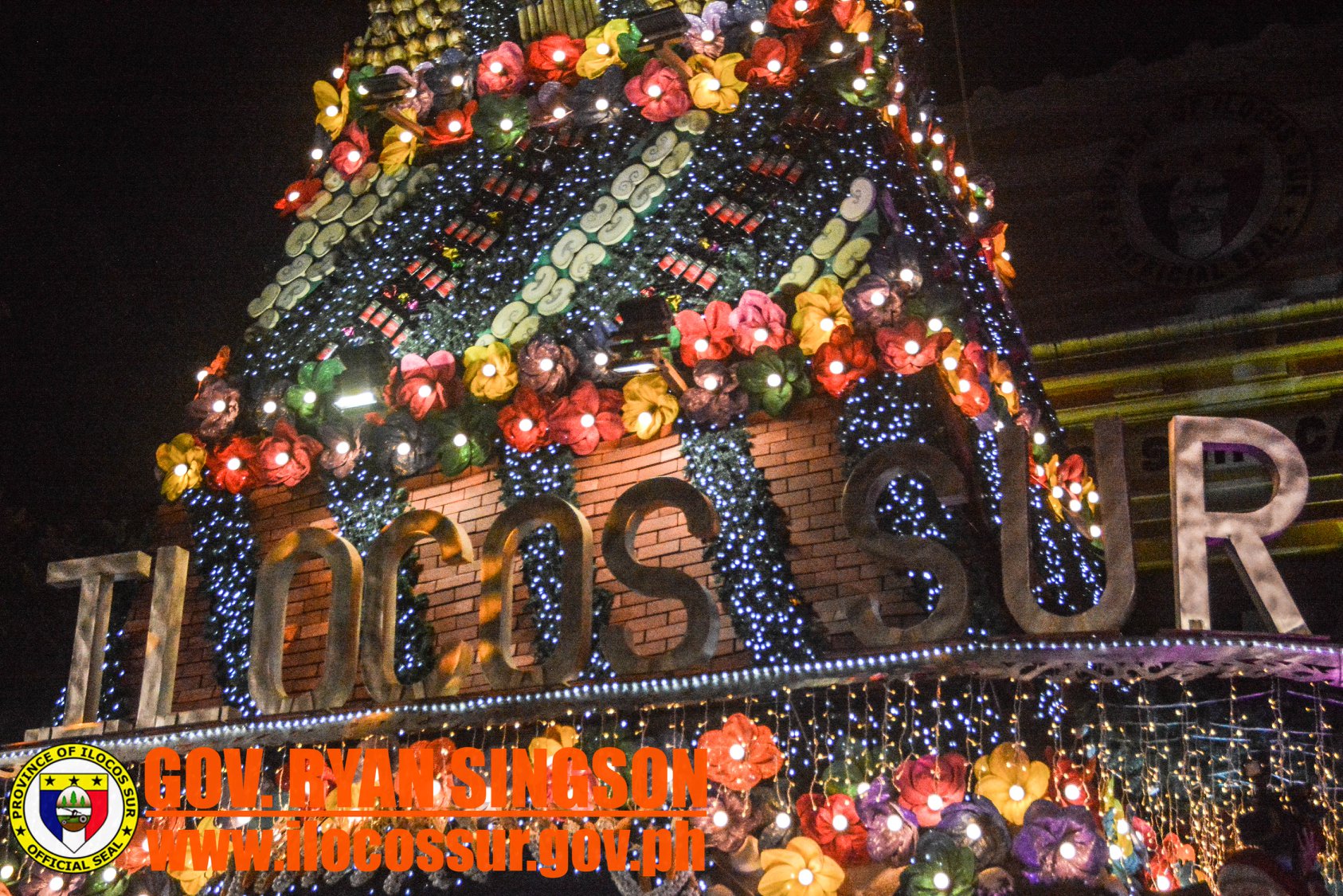 VIGAN CITY — One of the brightest signs of the holiday season has come to light.

The provincial government of Ilocos Sur (PGIS), headed by Governor Ryan Luis Singson, led the lighting of the giant Christmas tree in front of the Provincial Capitol in the heritage city of Vigan on Monday night , Dec. 2, to signal the start of the Yuletide season.

The tree is decorated with various one-town-one-product (OTOP) of the cities and municipalities in the province.

Ornaments such as abel Iloco, balikutsa, basi wine, buri crafts, corn, garlic, tinubong, Vigan tiles, among others are put together to adorn the community Christmas tree.

The tree not just serves as a reminder about the Christmas spirit but it is also the province’s way of promoting products that are rooted in the local culture of Ilocanos.

In a message, Governor Singson said that “Christmas in the Philippines is a time of the year that we associate with joy, expectation and wonder.”

“Christmas is also a time when we begin to say goodbye to one year and to look forward with hope for a new year to come,” he added.

Singson also extended his wish for everyone to have a very happy Christmas and a peaceful, prosperous and joyful new year ahead.

Spectators witnessed a grand fireworks display which followed the countdown and ceremonial lighting led by the provincial officials.

Song and dance presentations were also rendered by the PGIS Chorale and the Ryan’s Angels that entertained the crowd.

The night was made merrier with the performance of Idol Philippines grand champion Zephanie Dimaranan, who was warmly welcomed by her fans in the province.

Dimaranan said her visit to Ilocos Sur felt nostalgic as her family used to celebrate Christmas here and she’s still delighted of riding a kalesa.

Capping the ceremonial lighting was the lights-and-sound spectacle in the famous dancing fountain at the Plaza Salcedo.

Governor Singson invites locals and tourists to visit, have their pictures taken with the Christmas display, and hold a lot of memories that are worth looking back.