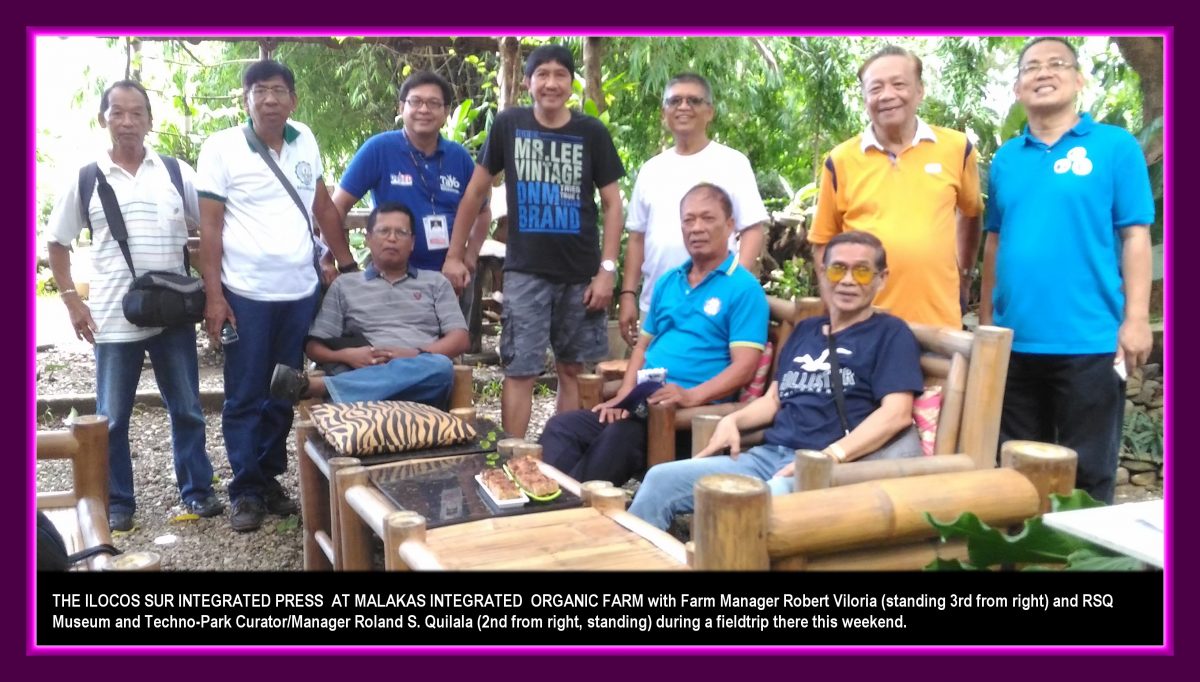 Last time around, we (our media group Ilocos Sur Integrated Press) were astounded by that wonder museum called RSQ Techno-Park and Museum where it was my first time to see million-year old rocks, a meteorite splinter, an 1857 gramophone and a vintage 1957 Chevrolet.

It is owned by former NAPOCOR president Roland S. Quilala, also a driftwood collector whose wonder collections for 45 years are well preserved and displayed in his museum-abode.

Now, comes the next wonder, fellas.

It also produces organic fertilizer where Viloria uses millions of an earthworm variety called African Night Crawler. His organic soil sacks have their customers from Baguio City, Bulacan, Ilocos Norte and from other provinces.  In the shops are heaps of organic soil mixtures of lime, molasses and rice bran – the ingredients in the making of organic soil. The soil is then packed in fruiting bags and sterilized in a steaming facility to kill all the bacteria. A spoon of sorghum seeds and spores produced from the mushroom laboratory serve as the fruiting bag topcoat which eventually transform into molds that spread throughout the bags. These procedures are done in a multi-room facility called the Northern Wing. The bags are then transferred to the Southern Wing, a building where the bags are hung or suspended, watered and nurtured. In no time, mushroom sprouts start to appear and develop into full-grown mushrooms.

It was our first time to see a farm like this.

I was amazed there is something like this in our town.

“It’s not only advertised,” Viloria said during our 4-hour visit there.

Our amazement started once we were at the welcome table. 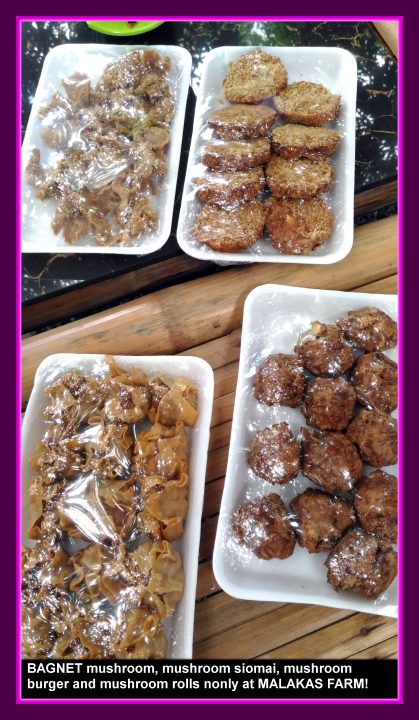 Easily a favorite was the bagnet mushroom probably one of the best-tasting “bagnet” in the world. It was so yummy that we nearly got full with it, but we had to reserve a portion of our stomach for the other mushroom stuffs.

“Everything here is organic,” Viloria said as he plucked several leaves from an herbal plant during our mini-fieldtrip.

“What is that?” an amazed Manong Ben Pacris (Kapihan Media Forum moderator and radio anchorman) said, as he, too, plucked a leaf and chewed it.

“It’s called basil, a powerful antioxidant,” was the answer.

Herbal plants ready for consumption are sprawled all over the farm, fellas: kamlong, ginseng, baraniw, mulberry, lemon, cypress, native sunflower and a lot more. As we walked, Sir Robert would pluck some leaves and directly put them in his mouth.

“These are all health food,” he said, revealing his secret why at 71, he still feels and looks like 50!

We passed by ricefields until we reached the hog area where there are more or less than 50 native pigs in a pen where they only feed on greens. Near the pigpen is a century old tree natively called “pias.”

We saw a pig roaming around and we said it might destroy the crops.

“They live naturally and when he’s full, he will return to its pen. Come back this December and we will roast some,” he said.

Viloria has long retired from his US jobs: as a plant director for Levis Strauss and Company in San Jose, California where he worked for 14 years and as a real estate broker. His wife, Jessie, is a cancer survivor and has recovered since then.

Asked if the farm’s income is sufficient to sustain all the expenses for employee salaries, daily needs and operational expenses, he said it’s enough. But aside from these, Viloria also has been maintaining scholars.

“We have had 30-80 scholars and this is one way of sharing to others what little things God has given us,” he said.

In fact, many of his workers live within his lot.

“I gave them a portion to build their houses and raise their families and at the same time, they are employed here at the Malakas farm. I have long communed with God that I will strive to help my fellowmen in whatever way I can, after all, we cannot bring these things with us when we die,” he said.

Manong Robert’s other secret is the presence of his two trusted mushroom laboratory technicians: Jack Visoria and Robert Viloria. These two guys work like scientists in the lab producing those mushroom spores for the fruiting bags.

Again, as in the RSQ Museum and Techno-Park, to see is to believe, fellas.

Hop in, fellas, and off we go!